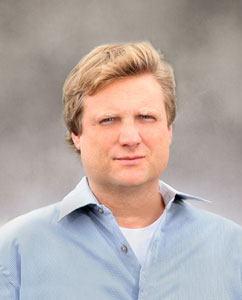 Highhouse, a Bowling Green faculty member since 1996, fills the position that opened in June with the retirement of Dr. Milton Hakel, who had been the University’s Ohio Eminent Scholar in I/O psychology since 1991. Highhouse is one of two Ohio Eminent Scholars at BGSU, along with Dr. Peter Lu, in photochemical sciences. A colleague of Lu’s and another Eminent Scholar, Dr. Michael A.J. Rodgers, also retired recently.

The program was created by the Ohio Board of Regents 25 years ago and funded by the legislature to attract world-class scholars to the state’s universities. Bowling Green’s psychology department was awarded the Eminent Scholar position in I/O psychology in 1990. The industrial/organizational program has an international reputation for its research on human behavior in organizations and is ranked fourth among such programs nationwide in this year’s U.S. News & World Report rankings.

Ohio Eminent Scholars are typically hired from outside the state, noted Dr. Michael Zickar, BGSU psychology department chair. I/O psychology faculty, in consultation with the provost’s office and Dr. Simon Morgan-Russell, dean of the College of Arts and Sciences, “came up with an objective list of scholars who we thought would be great fits” for the position, Zickar continued.

“We also felt that using nearly any objective criteria, Scott Highhouse would have been at the top of that list,” he added, calling Highhouse “one of the field’s leading scholars in the area of managerial decision making.

“After consulting with University leaders, we felt that the best option was to choose the best candidate.”

“His research is cited by scholars around the world,” said Zickar of Highhouse, whose primary areas of expertise are assessment/selection for employment and human judgment/decision making. “He has served in leading positions in scholarly societies and is regularly consulted by leading companies on how to improve their hiring processes.”

Highhouse formerly worked in organizational development at Anheuser Busch Companies. His work has been featured in the Washington Post, Wall Street Journal and Chronicle for Higher Education.

Graduates of BGSU’s doctoral program in I/O psychology typically move on to academic positions or private industry. In the latter case, they often work for consulting companies or Fortune 500 businesses, helping develop employee testing and training programs, for example. “We do a lot of the science behind human resource management,” Zickar has said.