BGSU presents ‘The Importance of Being Earnest' 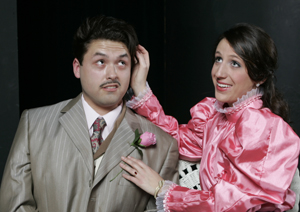 Considered Wilde’s greatest dramatic achievement, “Earnest” is a witty satire of Victorian social hypocrisy. The plot revolves around Jack Worthington and Algernon Moncrieff (and their secret alter egos) in what many consider to be the most ingenious case of "manufactured" mistaken identity ever put into a play. This production may not be suitable for all audiences.

Single tickets are $12 for students/adults, $6 for children under 12 and $5 for senior citizens ages 65 and older. Group rates are available. Contact the BGSU theatre box office at 419-372-2719 for more information or to purchase tickets.