Works by BGSU student composer to premiere in NYC 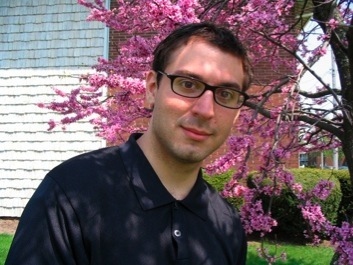 BOWLING GREEN, O.—Audiences from Toledo to New York City to Boston will be treated to music by up-and-coming composer Timothy Stulman this fall and next year. Stulman is pursuing his doctor of musical arts degree in contemporary music at Bowling Green State University with Distinguished Artist Professor Marilyn Shrude.

Stulman was among five composers to receive a prestigious First Music commission from the New York Youth Symphony, an independent, not-for-profit institution dedicated to enriching the lives of young people through the study and performance of music. His orchestral work “Element Cycle” will be premiered by the symphony on March 7, 2010, at Carnegie Hall.

“I based the work on the five Chinese elements: earth, metal, water, wood and fire,” Stulman explained.

First Music, the symphony's commissioning program, has been cited by the New York Times as having “the most impressive record for championing new music of any ensemble in the United States.” Three awards are given seasonally for orchestral compositions and one each for chamber music and jazz. In addition to Stulman, First Music awarded commissions this season to composers from Juilliard, Indiana and the Manhattan School of Music.

Boston audiences can hear another of Stulman’s pieces, “Deaf Ears Hear No Crying,” this Friday (Sept. 18) in Seully Hall at the Boston Conservatory and on Saturday (Sept. 19) at First Church. The piece was chosen competitively for performance by Juventas New Music Ensemble, which is dedicated to playing new music by young composers. Also on the program will be “Murmurs from Limbo” by BGSU alumnus Steven Rice.

Also this fall, and closer to home, Stulman’s “Glass” will be premiered by the Toledo Youth Orchestra on Oct. 18 at the Peristyle in the Toledo Museum of Art. Stulman wrote the piece at the request of Dr. Kenneth Thompson, youth orchestra director and BGSU music education faculty member, in commemoration of the city of Toledo’s heritage. “When I go out as a guest conductor of high school and honor bands across the country, I can support his work by using this piece,” Thompson said.

“That was very helpful to my career,” Stulman said appreciatively.

Shrude, who has worked with Stulman since he was a high school student in Findlay, said, “He is very gifted and very focused. I’ve watched him grow tremendously. His music is very colorful and imaginative. It tends to be atonal in nature but not inaccessible. There’s always a strong narrative thread that draws you into his musical intention.”

Among Stulman’s interests are Chinese music, language and culture. He spent two years in the Shanghai area of China and speaks Chinese fluently. Many of his compositions are influenced by Asian thought.

The composer has received numerous honors and awards at both the national and international levels.