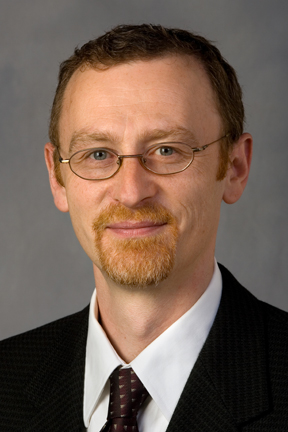 Morgan-Russell has been interim dean of arts and sciences—the largest of BGSU’s seven colleges—since last July, following the departure of Dean Donald Nieman.

In making the announcement, Dr. Mark Gromko, interim provost and vice president for academic affairs, said the choice was made with the approval of the college’s chairs and directors and the recommendation of the search committee.

Describing Morgan-Russell as an “outstanding candidate” among the pool of applicants, Gromko said, “As interim dean, Dr. Morgan-Russell has performed admirably in providing excellent academic, fiscal and community leadership for the college and the University.”

BGSU President Carol Cartwright applauded the decision. “Dr. Morgan-Russell has provided outstanding service to the college and the University, and I am pleased he accepted the position. The College of Arts and Sciences plays a role in nearly every aspect of the BGSU educational experience, and I look forward to continuing excellence under his direction.”

The new dean began his career at BGSU in 1994 as an assistant professor in the Department of English. In 2003, he became chair of the English department and, in 2005, was named associate dean for curriculum and faculty advancement in the college.

A specialist in English Renaissance literature, he received his master's and doctoral degrees from Lehigh University, in 1992 and 1994 respectively, and his bachelor's degree from the University of Kent at Canterbury, in 1989.