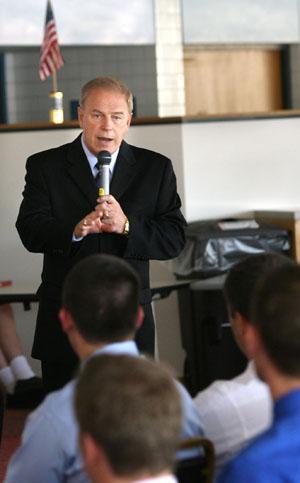 BOWLING GREEN, O.—Ohio Gov. Ted Strickland discussed the importance of government, and the uniqueness of the American democratic system, in a civics lesson of sorts June 17 for delegates to Buckeye Boys State at Bowling Green State University.

They are among the hundreds of rising high school seniors selected by American Legion posts statewide to participate in Boys State, which BGSU has hosted since 1978. This year’s program continues through June 22.

Messenger is the first Bowling Green High School student to be elected governor of the annual mock government program since its founding in 1936.