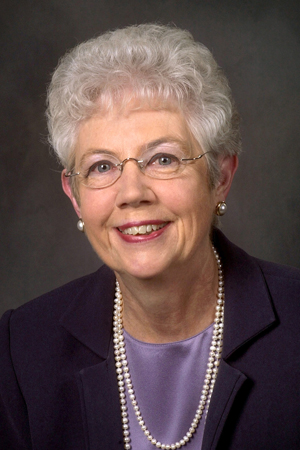 Cartwright, who served as president of Kent State University from 1991 until 2006, has had a career distinguished by innovative teaching, pioneering research and national leadership. She will succeed Dr. Sidney A. Ribeau, who announced last month that he is leaving BGSU to accept the presidency of Howard University on Aug. 1.

“Dr. Cartwright has all the qualities we were looking for plus the Ohio background and a recent presidency,” said Board Chair Michael Marsh. “She has a wonderful reputation, and we are very fortunate that she is both willing and available at this important time for Bowling Green. We think we’ve made a good choice for BGSU,” he said.

“I’m very eager to get there and meet with people,” Cartwright said by phone Friday. “It’s a situation where I don’t think there will be a steep learning curve because I’m very familiar with Bowling Green. Kent State and Bowling Green have a lot in common,” she observed, noting that both are preparing to celebrate their centennials. “We’re even both in the same athletic league,” she added.

As president of Kent State, Cartwright said she has followed BGSU’s progress closely. “I admired Sidney Ribeau’s leadership at Bowling Green and look forward to building on his accomplishments,” she said.

Asked about her decision to return to leading a university after her retirement, Cartwright said, “I’m a person who’s always had a passion for public service and for finding opportunities to make a difference. It’s difficult to turn off a passion after 41 years of devoting your life to something you believe in,” she added.

Learning of the board’s decision, Ribeau said, “Carol Cartwright will make an outstanding interim president for Bowling Green State University. Not only is Dr. Cartwright a respected colleague of mine, she is respected in the state of Ohio and in the nation. I am pleased to be leaving BGSU in her very capable hands.”

The first woman president of a state university in Ohio, Cartwright was Kent State’s 10th president, overseeing one of the country’s largest university systems, with eight campuses serving more than 33,000 students. Kent also is one of the largest employers in northeast Ohio, with more than 4,600 full- and part-time faculty and staff.

Cartwright, the first woman to lead BGSU, retired as president of Kent State in 2006 and accepted a one-year contract to ensure a smooth leadership transition. Prior to her service at Kent State, she was vice chancellor for academic affairs at the University of California at Davis and dean for undergraduate programs and vice provost at The Pennsylvania State University.

She currently serves on the board of directors of the American Association of Colleges and Universities, the Knight Commission on Intercollegiate Athletics, and the National Public Radio Board of Directors.

In other action the board approved motions authorizing the University to request proposals from executive search firms to aid in identifying potential candidates and formed a presidential search committee.