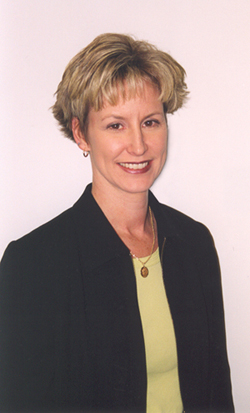 She replaces Dr. Christopher Dalton, senior vice president, finance and administration, who is retiring at the end of the academic year.

“Sherideen brings to the position experience in the accounting profession as well as higher education administration. She also is well aware of the particular challenges facing Ohio, having spent 12 years of her career on college campuses in this state,” Ribeau said.

Since 2004 Stoll has served as vice president, administration and finance, at the Northeastern Ohio Universities College of Medicine in Rootstown. There she has been responsible for accounting, the Office of Budget and Resource Planning, business operations, campus operations, human resources and information services. She also has overseen the NEOUCOM Foundation and NEOUCOM Research Corp. During her tenure she has successfully implemented a number of changes aimed at reducing operating costs and improving efficiency.

From 1995-2004, she was at Kent State University, serving her final two years as executive director of financial affairs. In that position, her responsibilities included business administrator services, the bursar's office, comptroller's office, procurement and treasury, tax and risk management services.

Her previous positions at Kent included serving as director of business operations and management services for two years and as manager of university auditing for two years.