This Family Profile, an update of previous profiles on the marriage rate [FP-17-25; FP-18-20; FP-19-22], estimates adjusted marriage rates for the U.S. and each state for 2019. Using American Community Survey (ACS) data, we estimate the number of marriages occurring in the last year among unmarried women, calculate the margins of error, and describe geographic variation. For detailed information on the adjusted marriage rate from 2008-2017, see “Charting Marriage & Divorce in the U.S.: The Adjusted Marriage Rate” (Payne, 2018). 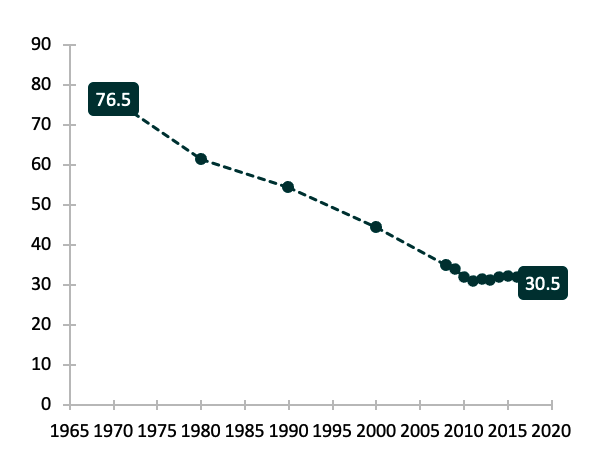 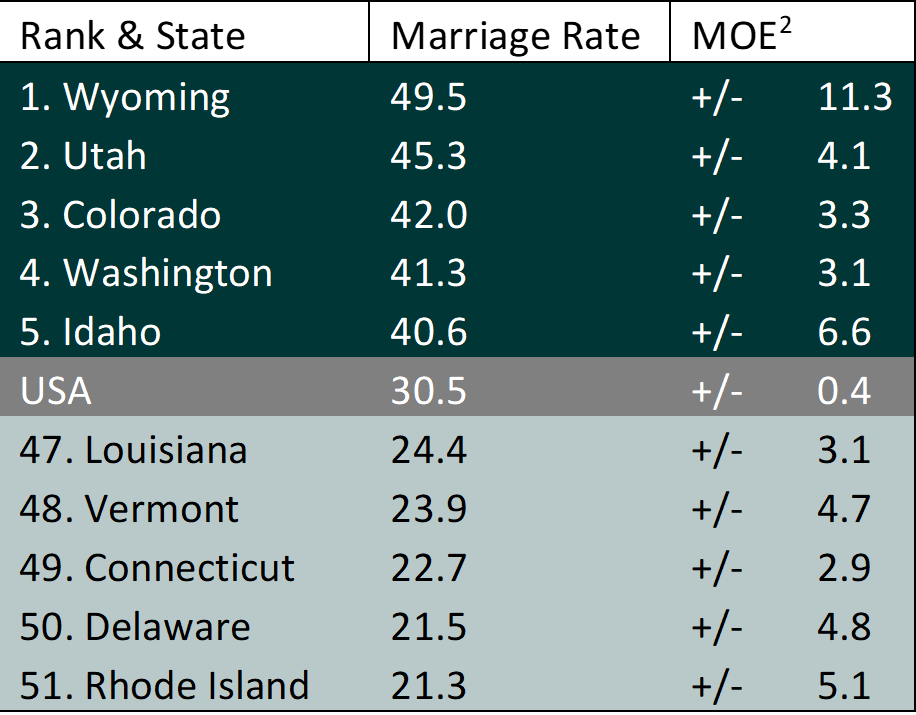 2MOE = Margin of Error. The MOE is a measure of sampling error and expresses the maximum range in which the rate is expected to differ from the actual proportion. The MOE is calculated for the derived estimates at the 90% confidence level. 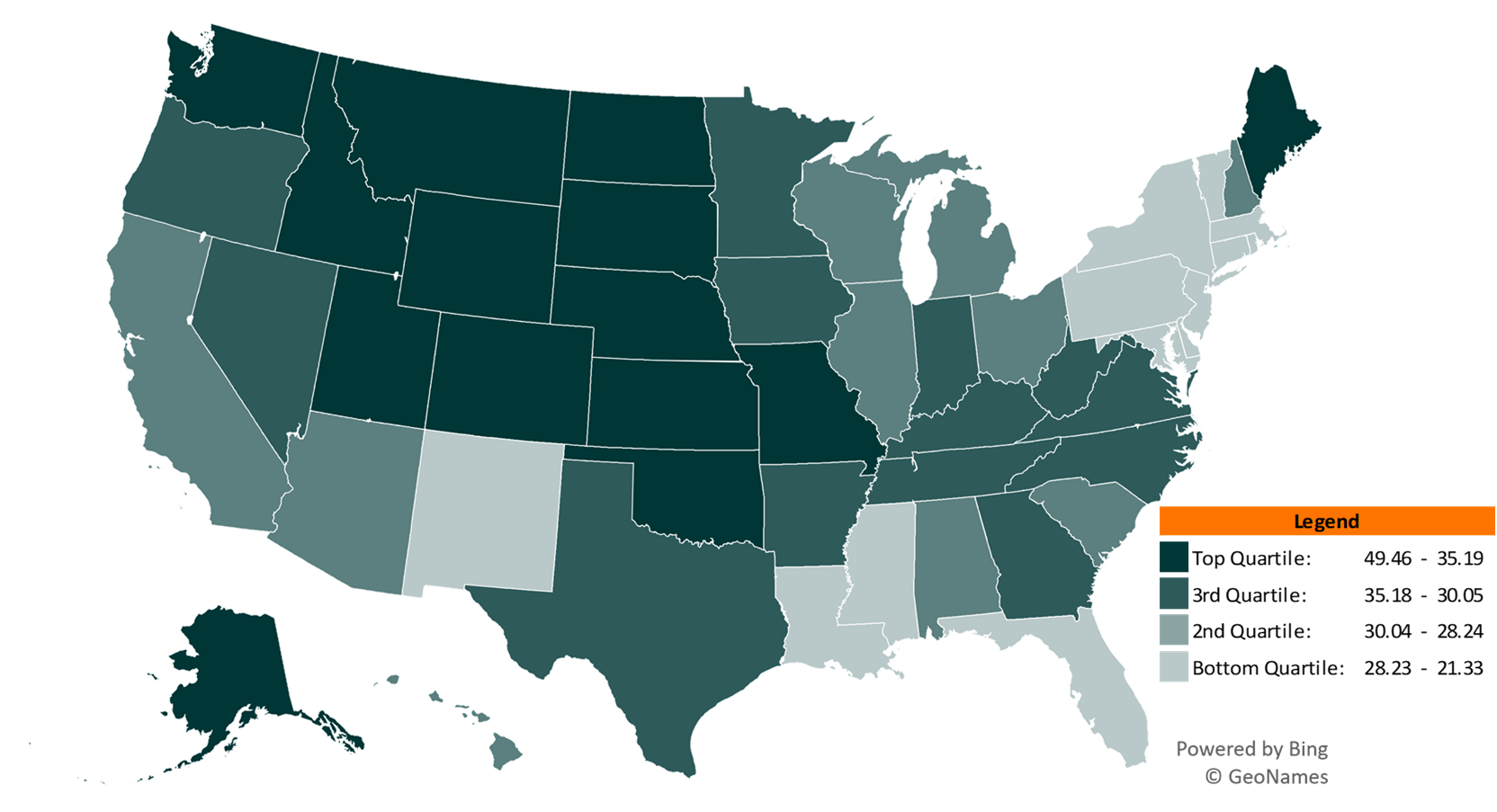