Living apart together (LAT) relationships are an emerging relationship form typically defined as unmarried couples in a committed, long-term relationship who choose to live apart (maintain separate residences) rather than cohabit or marry (Connidis, et al., 2017). Other researchers have classified married couples who live separately as LATs, as well (Binstock & Thornton, 2004). This profile examines the LAT status of newly married individuals who report having entered a marriage in the last year. We define newlywed LATs as those not living with their spouse for reasons other than marital discord1. Using data from IPUMS-USA, we present their characteristics by times married, age, and educational attainment. 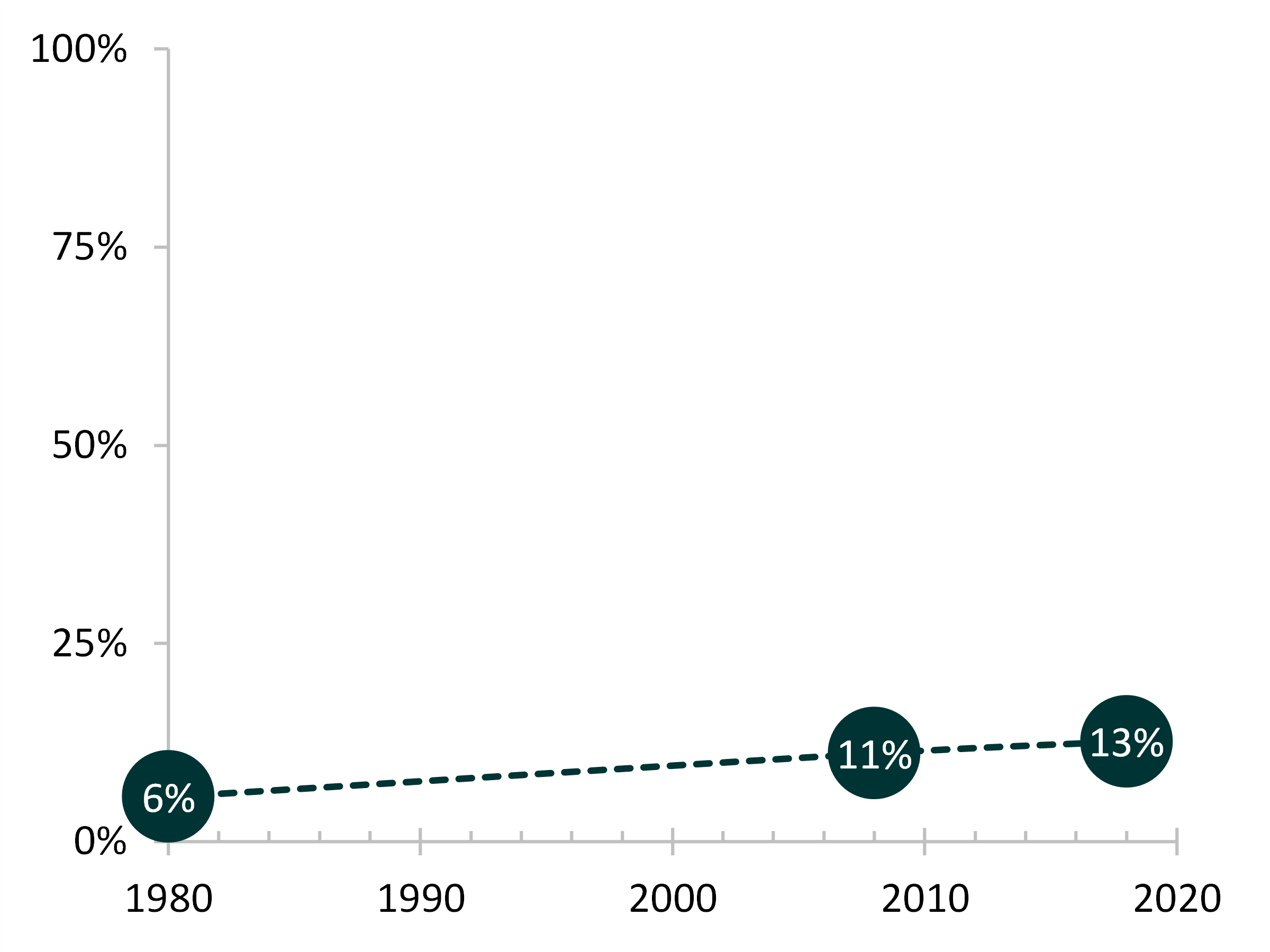 The share of newlyweds who were in LAT relationships varied little based on the number of times married.

Figure 2. Share of Newlyweds in a LAT Relationship by Times Married, 2018 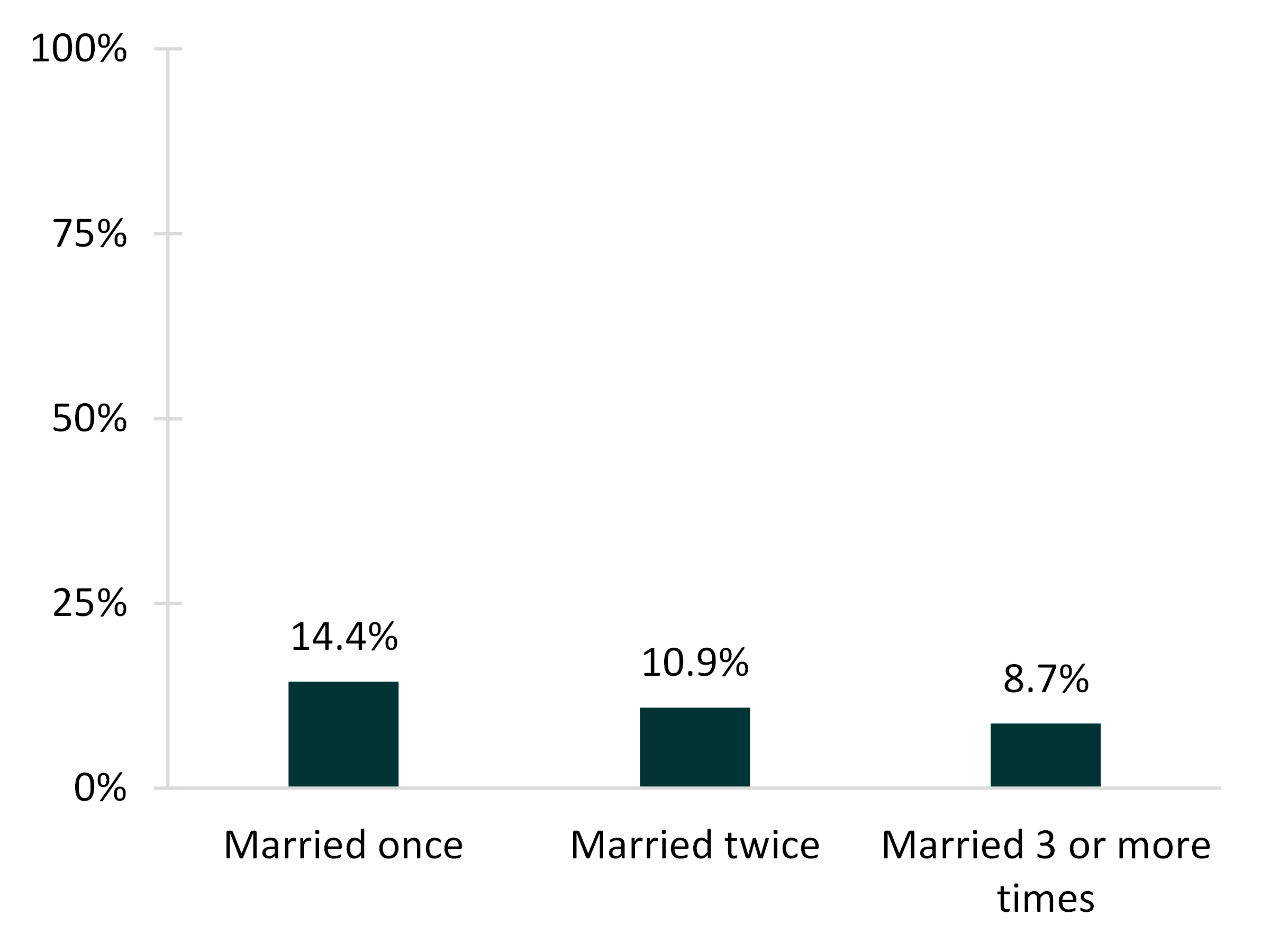 Newlyweds in LAT Relationships by Age

The share of newlyweds in a LAT relationship differed markedly by age, with those aged 15-24 far outpacing adults of older ages.

Figure 3. Share of Newlyweds in a LAT Relationship by Age Group, 2018 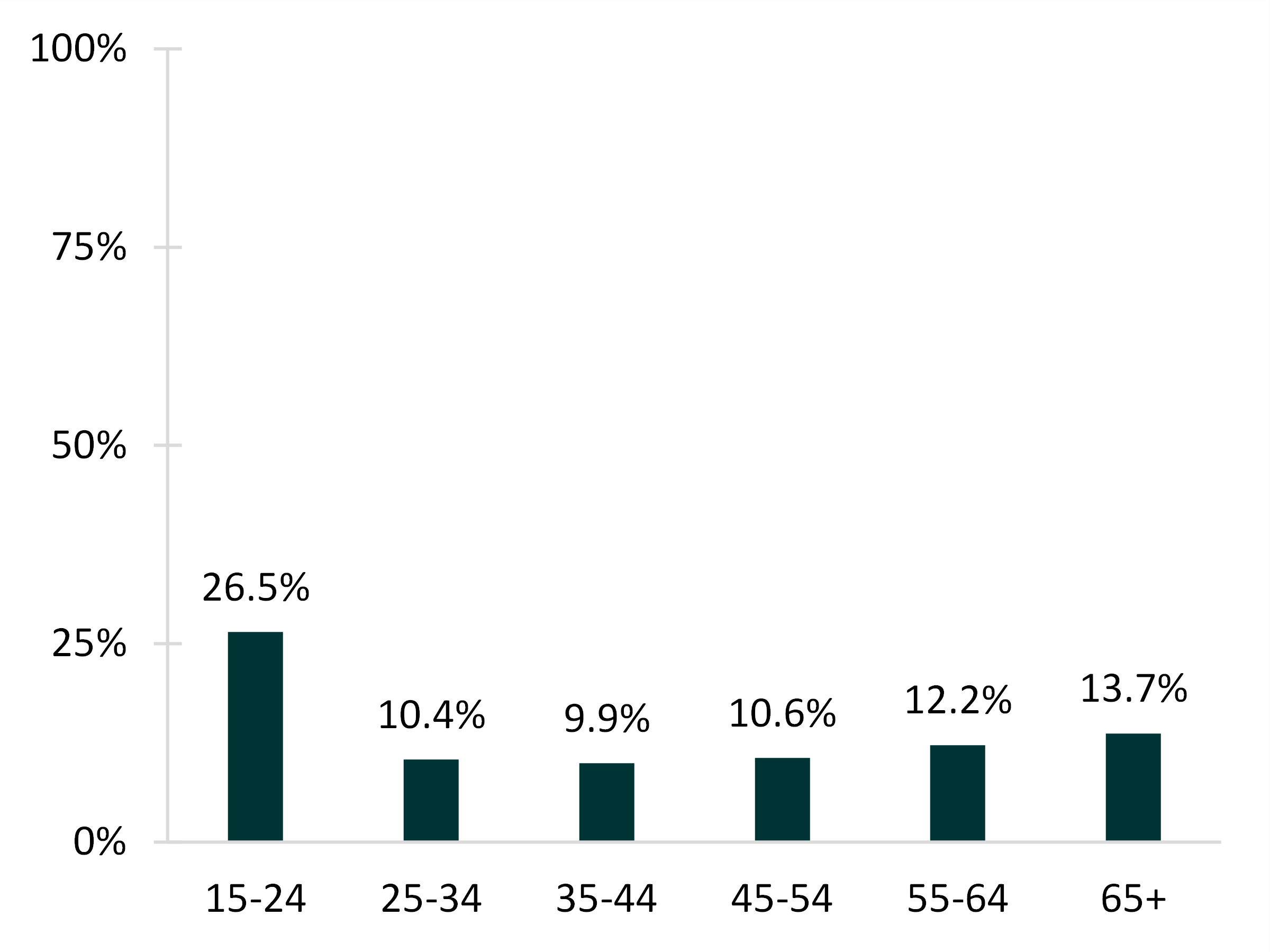 The share of newlyweds in LAT relationships decreased as educational attainment increased.

Figure 4. Share of Newlyweds in a LAT Relationship by Educational Attainment, 2018 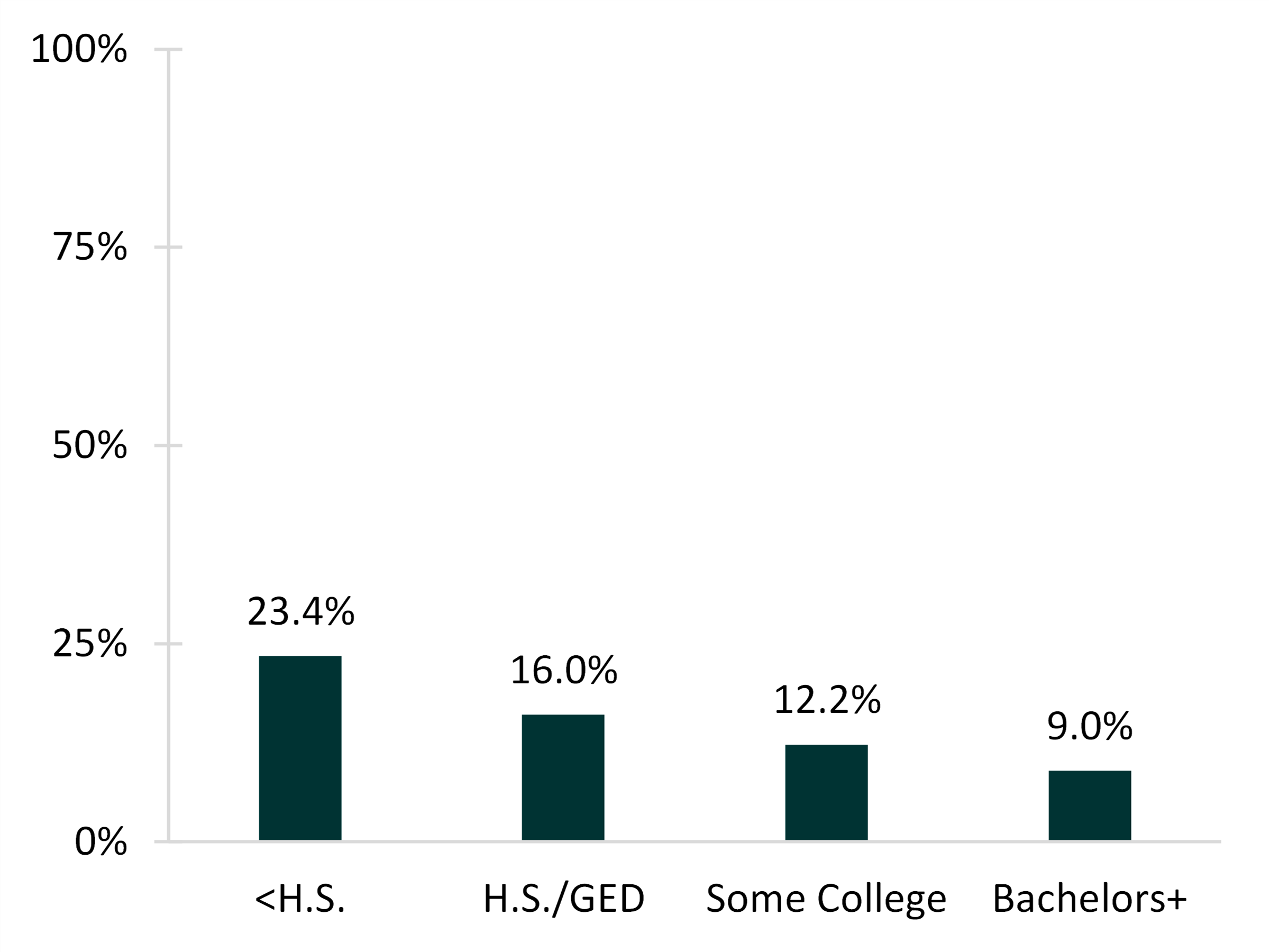 1. Those who report marrying in the past year and also report being currently “separated” are not included in the analyses.