Recent estimates indicate the remarriage rate has declined in the past several decades, suggesting fewer previously married men and women enter a new marriage today compared with those who were previously married forty years ago (Schweizer, 2019; Smock & Schwartz, 2020). During the same period, the ages at which men and women remarry increased. Between 1950 and 2017, the median age at remarriage rose from 40 for men and 34 for women, to 46 and 43 for men and women, respectively (Schweizer, 2019). This Family Profile extends research on demographic changes in remarriage by considering how the age distributions of men and women who remarried have shifted from 1960 to 2018. Estimates are produced using 1960 and 1990 vital statistics data from marriage certificates and the 2018 American Community Survey. This profile builds on work by Cohen (2013), and all analyses are limited to states that were in Marriage Registration Areas in 1960.  We use the diversity index, to measure variation in the distributions of a population’s age at remarriage, with higher scores representing more diverse experiences (i.e., a wider age range among remarriages). This family profile is part of a series on the age distributions of family formation experiences, with companion profiles exploring how the ages at first marriage and parenthood have shifted.

The diversity index indicates men’s ages at remarriage became less varied between 1960 and 1990 but have since become more diverse. 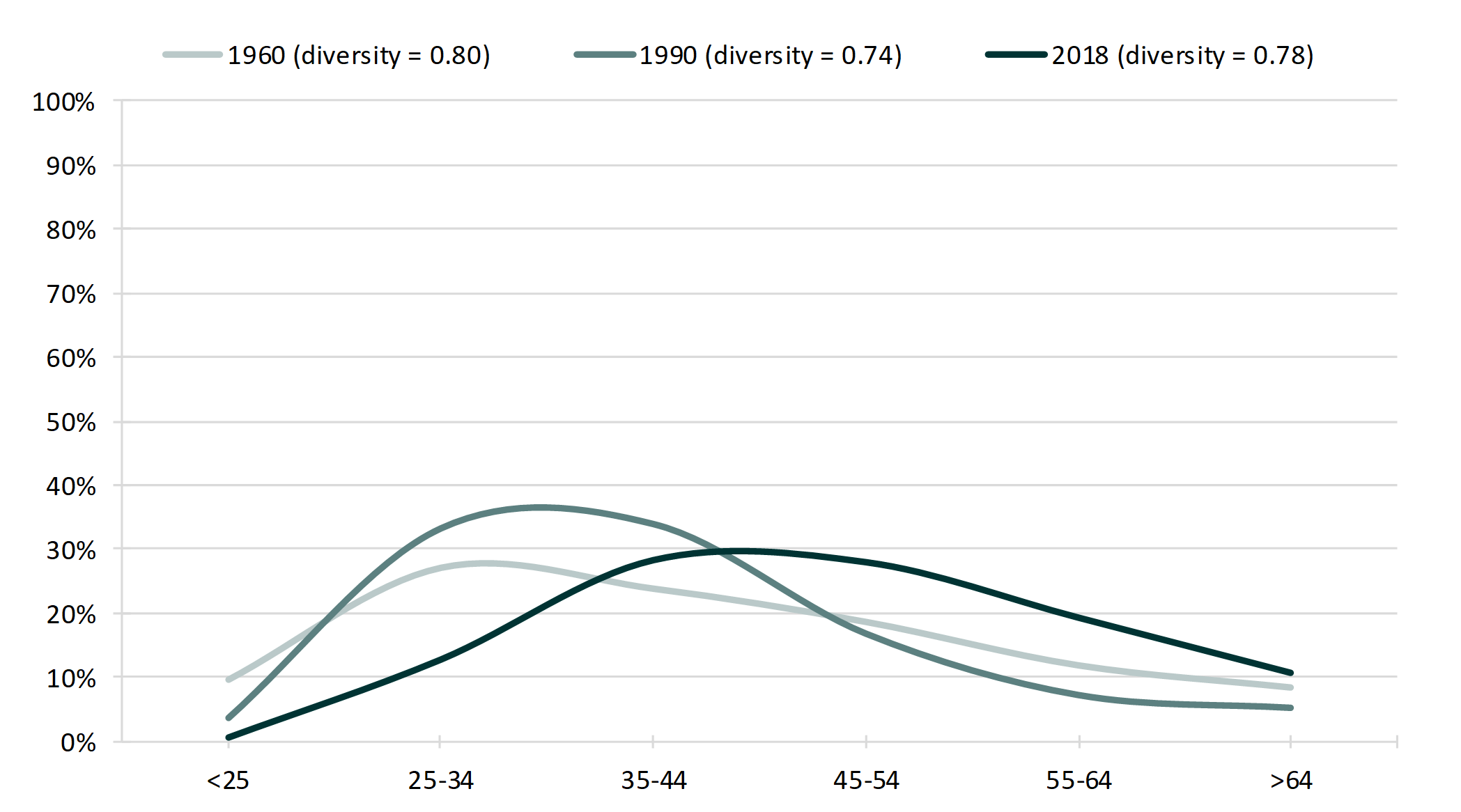 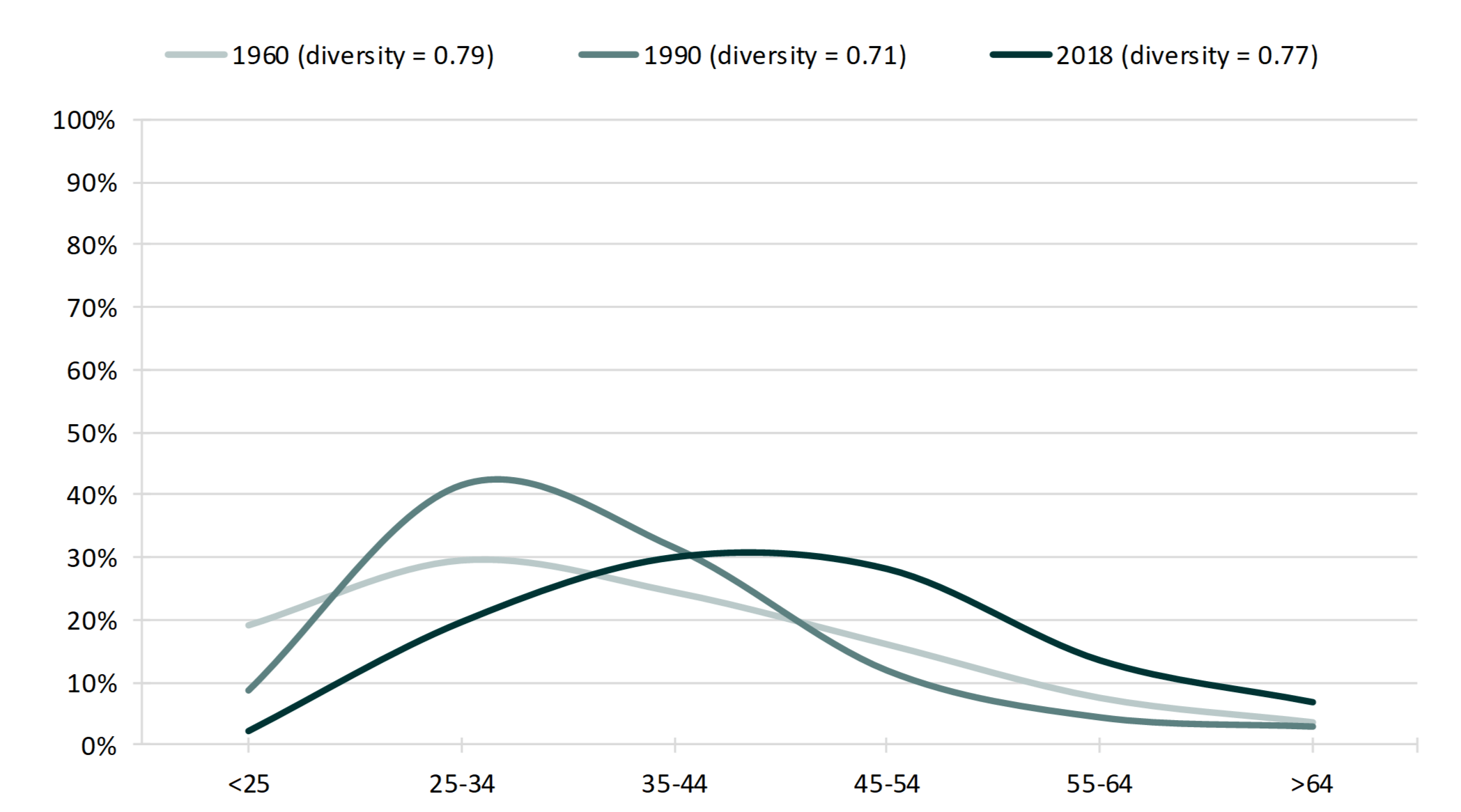