Prior research has documented dramatic change in the ages at which men and women first marry (Manning, Brown, & Payne, 2014; Smock & Schwartz, 2020). In 1960, men’s median age at first marriage was about 22.8, and women first married at a median age of 20.3 (FP-19-06). However, 55 years later, these ages had increased to 29.2 and 27.1, for men and women respectively (FP-19-06). This increase is noteworthy, but it does not reveal whether or how the span or distribution of ages at which men and women marry has widened or shrunk over time. Using 1960 and 1990 vital statistics data from marriage certificates and the 2018 American Community Survey, this profile explores changes in the age distributions of men and women’s first marriages. This profile builds on work by Cohen (2013), and all analyses are restricted to states that were in 1960 Marriage Registration Areas. We use the diversity index, which measures the amount of variation in a population’s characteristics or experiences, to compare variation in distributions of age at first marriage, with higher scores representing more diverse experiences (i.e., a wider age range among first marriages). This Family Profile is part of a series on the age distributions of family formation experiences, with companion profiles exploring how the ages at remarriage and the transition to parenthood have shifted.

Values of the diversity index indicate the ages at first marriage have become increasingly diverse from 1960 to 2018, a pattern that is visually indicated by the flatter distributions characterizing the more recent time points. 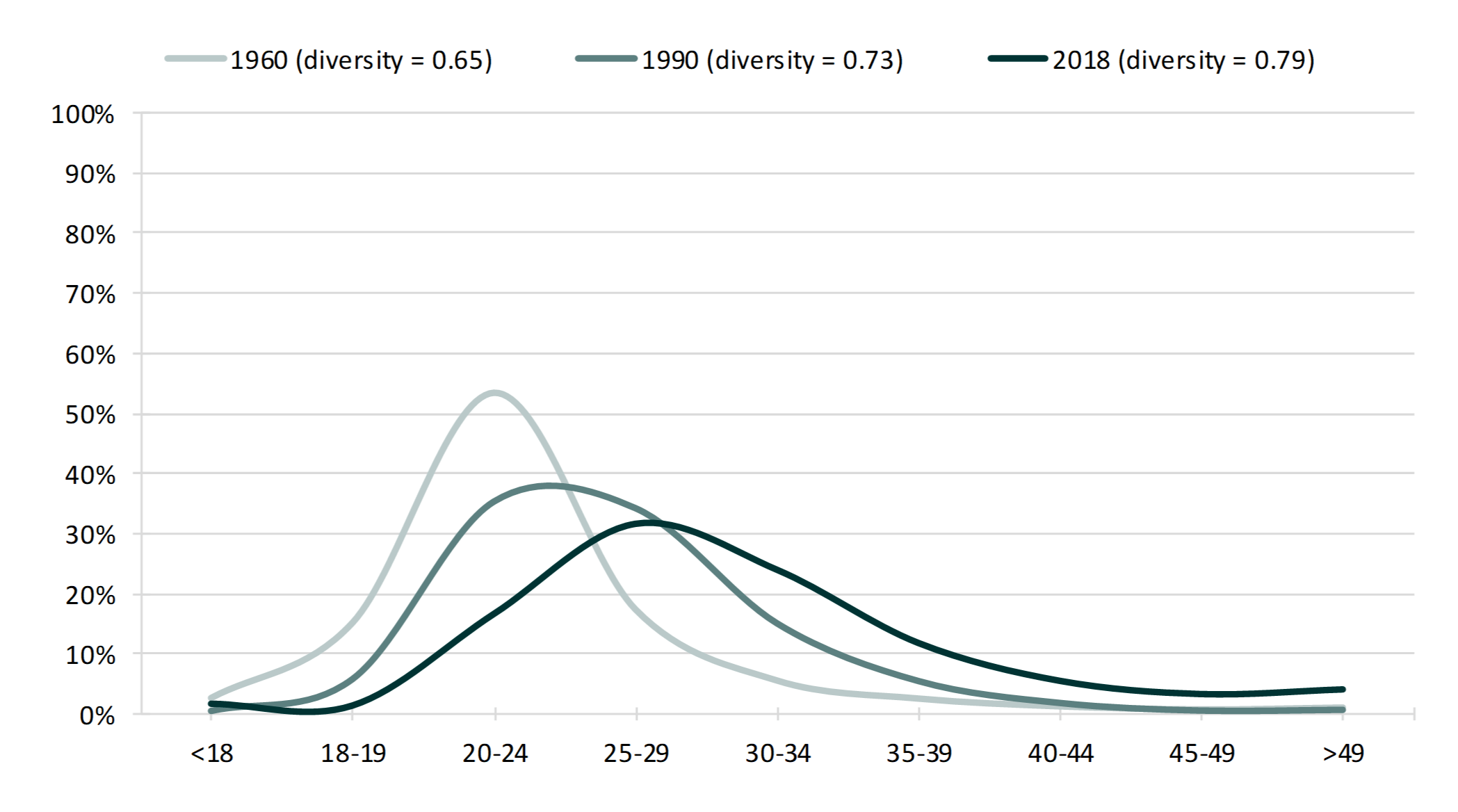 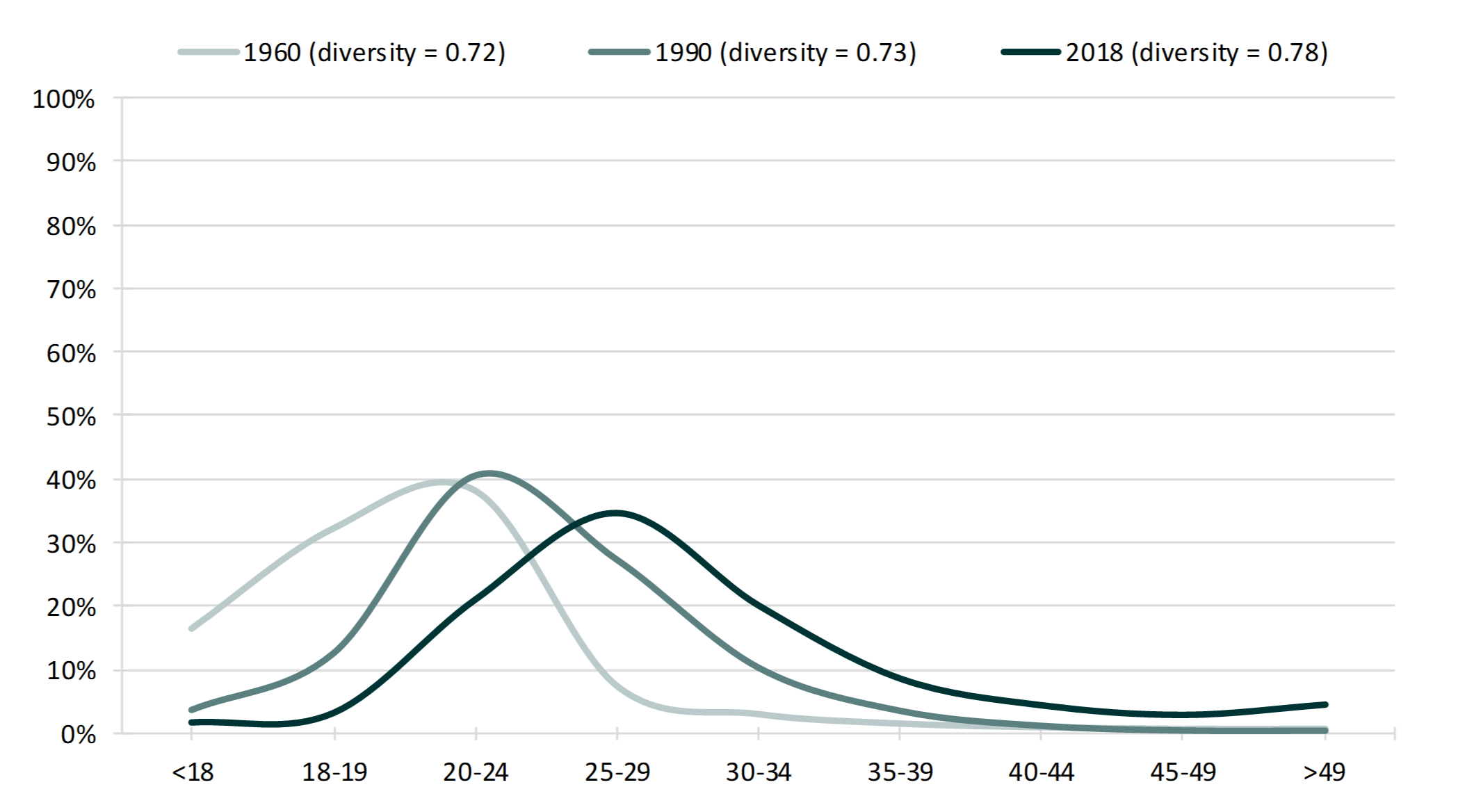