Disparities in unintended childbearing remain a public health concern (Healthy People 2030). Using the 2015-19 cycle of the National Survey of Family Growth, we examine sociodemographic variation in birth intendedness, looking at births occurring between 2014-2018 to women aged 15-49. Birth intendedness is based on a series of questions in which women are asked to characterize each birth as on time, mistimed (wanted but occurring earlier than desired), or unwanted (the respondent did not want any births at all, or any additional births). When births are reported as too early, women were then asked how much earlier than desired the birth occurred. We categorize mistimed births into two groups: slightly mistimed (less than two years earlier than desired) or seriously mistimed (two or more years too early). This profile is an update of FP-17-09(1) and the second in a series on unintended childbearing in the U.S. 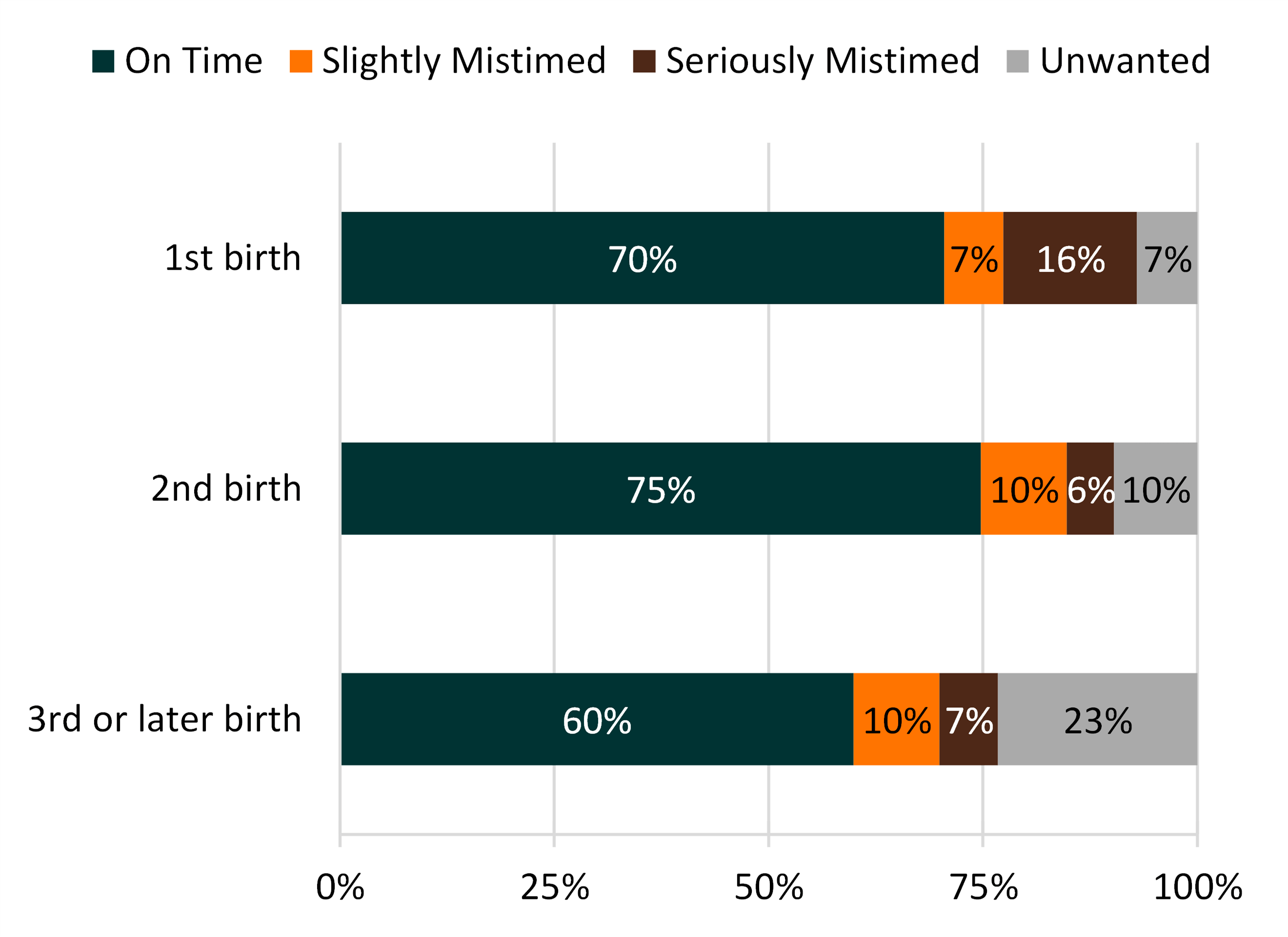 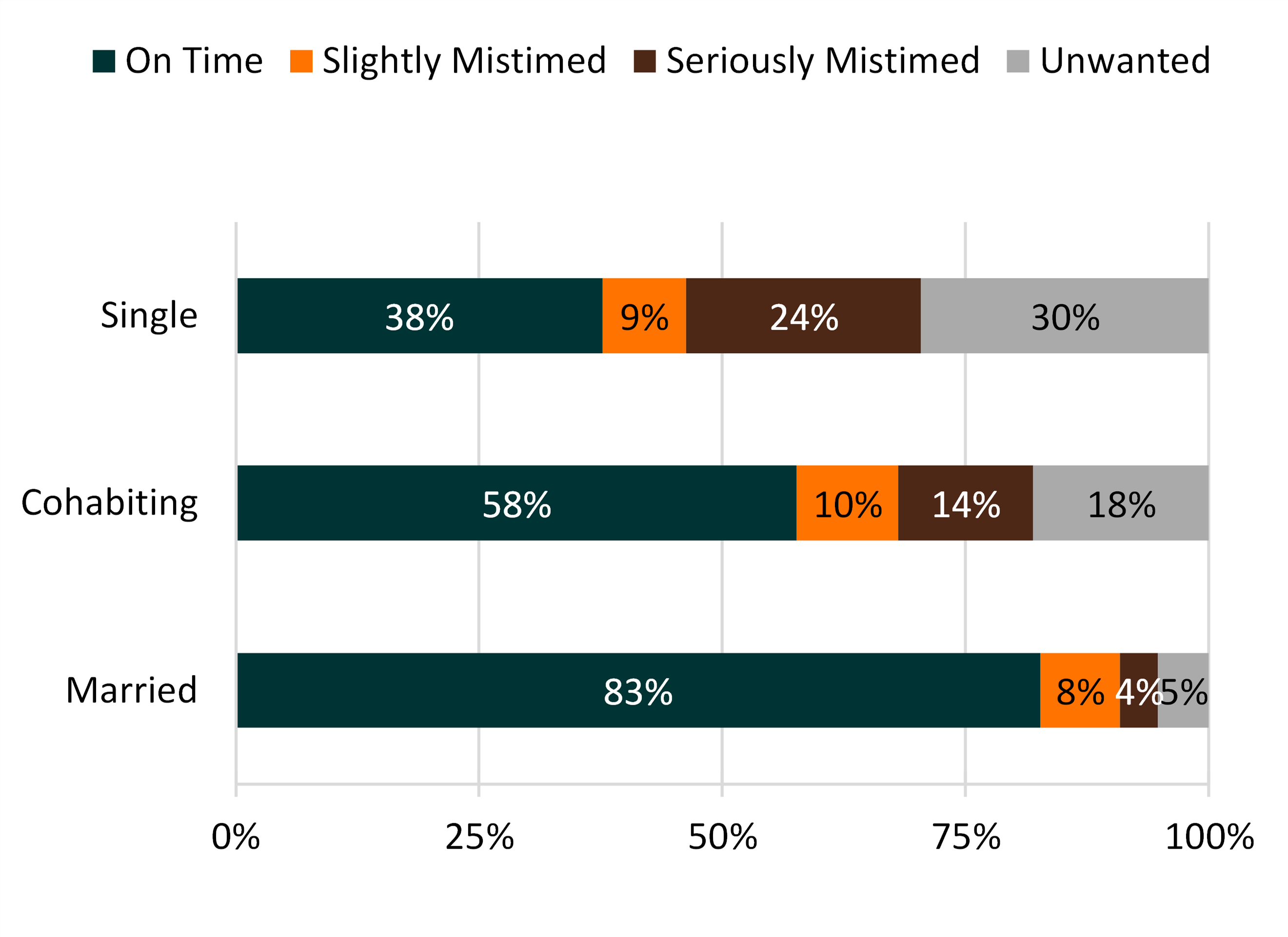 There was a clear educational gradient to unintended fertility among recent births. 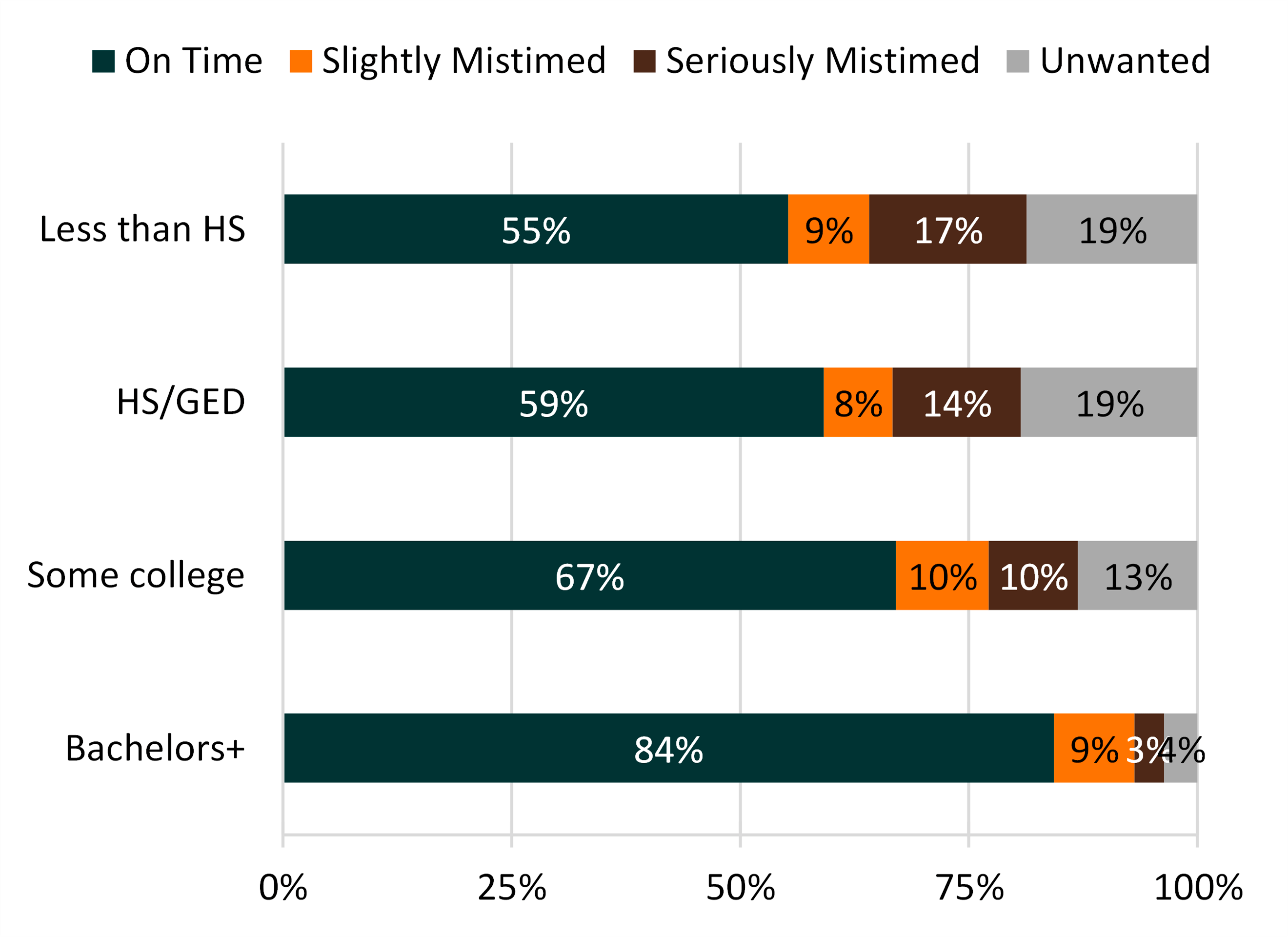 The majority of recent births were on time across racial-ethnic groups. 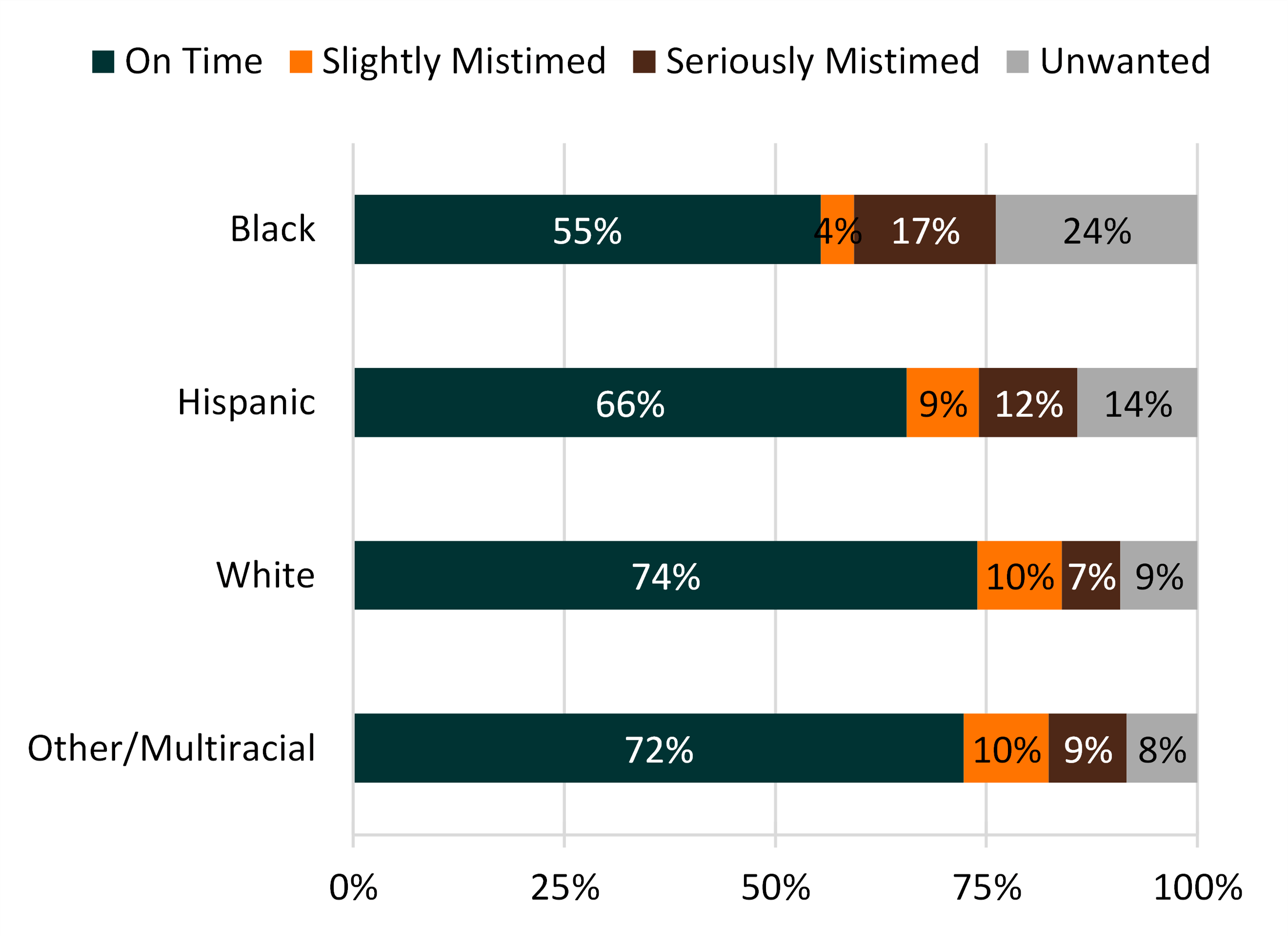 1. The 2015-2019 cycle of the NSFG expanded its age range to 49 (up from age 45 in prior cycles) and released a slightly different set of variables on race-ethnicity. As such, the estimates in this profile are not directly comparable to profile FP-17-09.