One of the federal government's Healthy People 2020 initiatives is to reduce the proportion of births that are unintended. In this profile, we examine sociodemographic variation in birth intendedness using the 2011-15 cycle of the National Survey of Family Growth, looking at births occurring between 2010-2014. Birth intendedness is based on a series of questions in which women are asked to characterize each birth as on time, mistimed (wanted but occurring earlier than desired), or unwanted (the respondent did not want any births at all, or no additional births). When births are reported as too early, women were asked how much earlier than desired the birth occurred, and we categorize mistimed births into two groups: slightly mistimed (less than two years earlier than desired) or seriously mistimed (two or more years too early). Among births in 2010-2014, 67% are characterized as on time (FP-17-08). This profile is the second in a series of three examining the intendedness of births. Check out the other two profiles in the series: 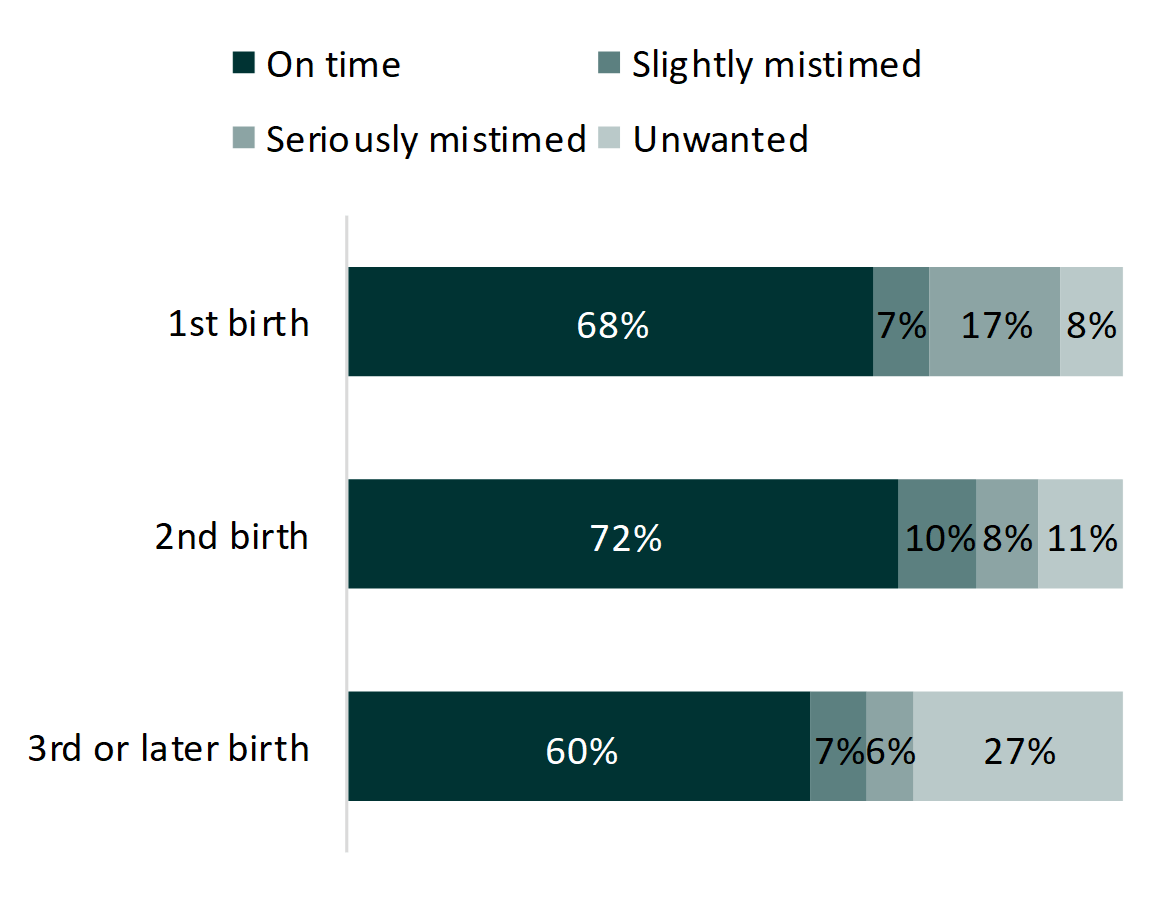 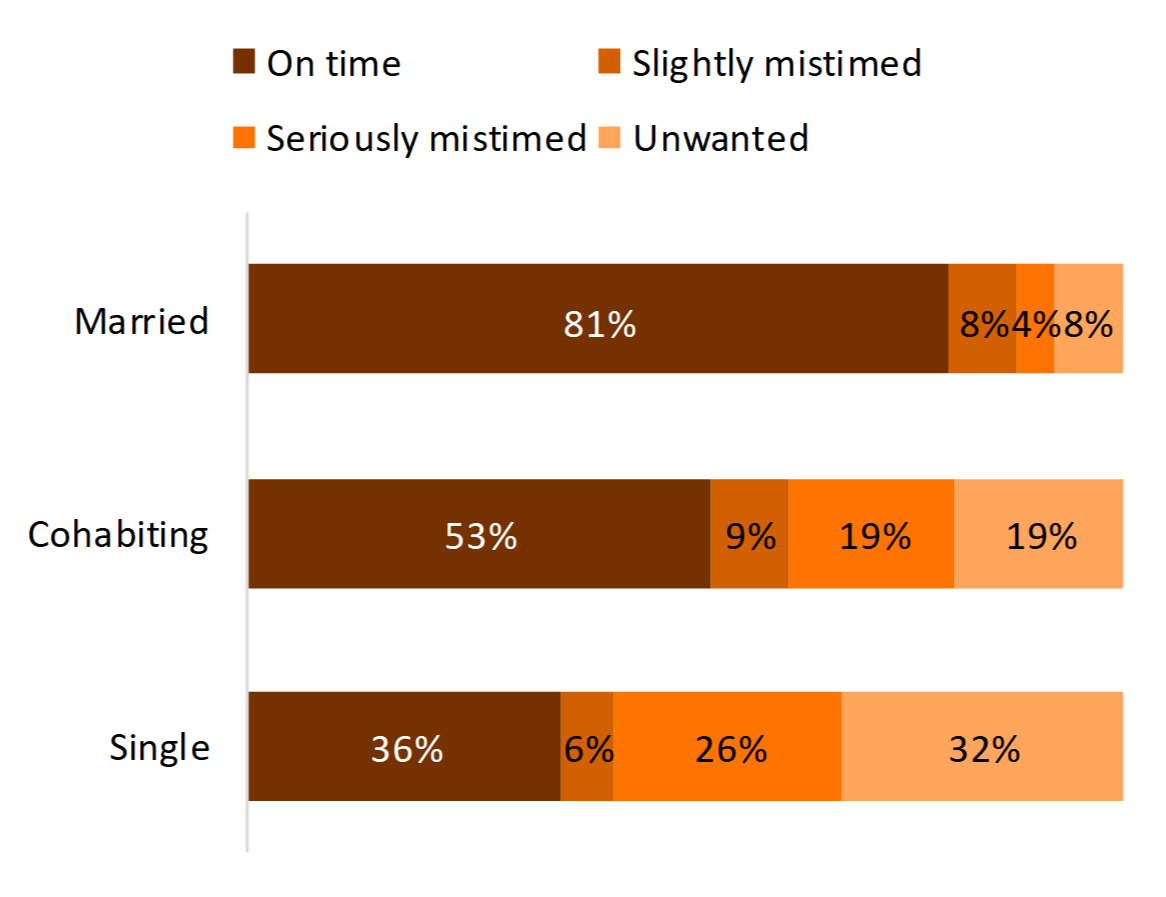 There is a clear educational gradient to unintended fertility.

Figure 3. Variation in Intendedness by Education 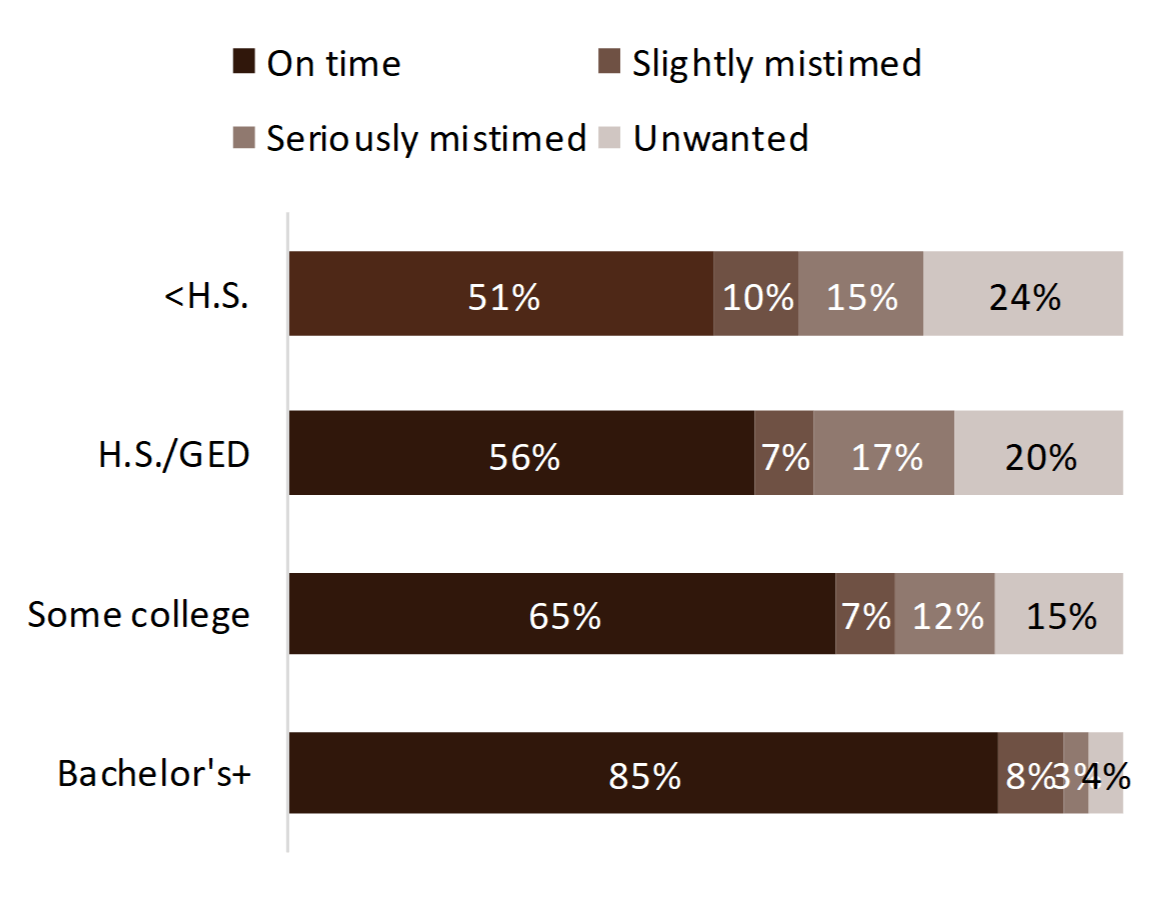 Figure 4. Variation in Intendedness by Race-Ethnicity 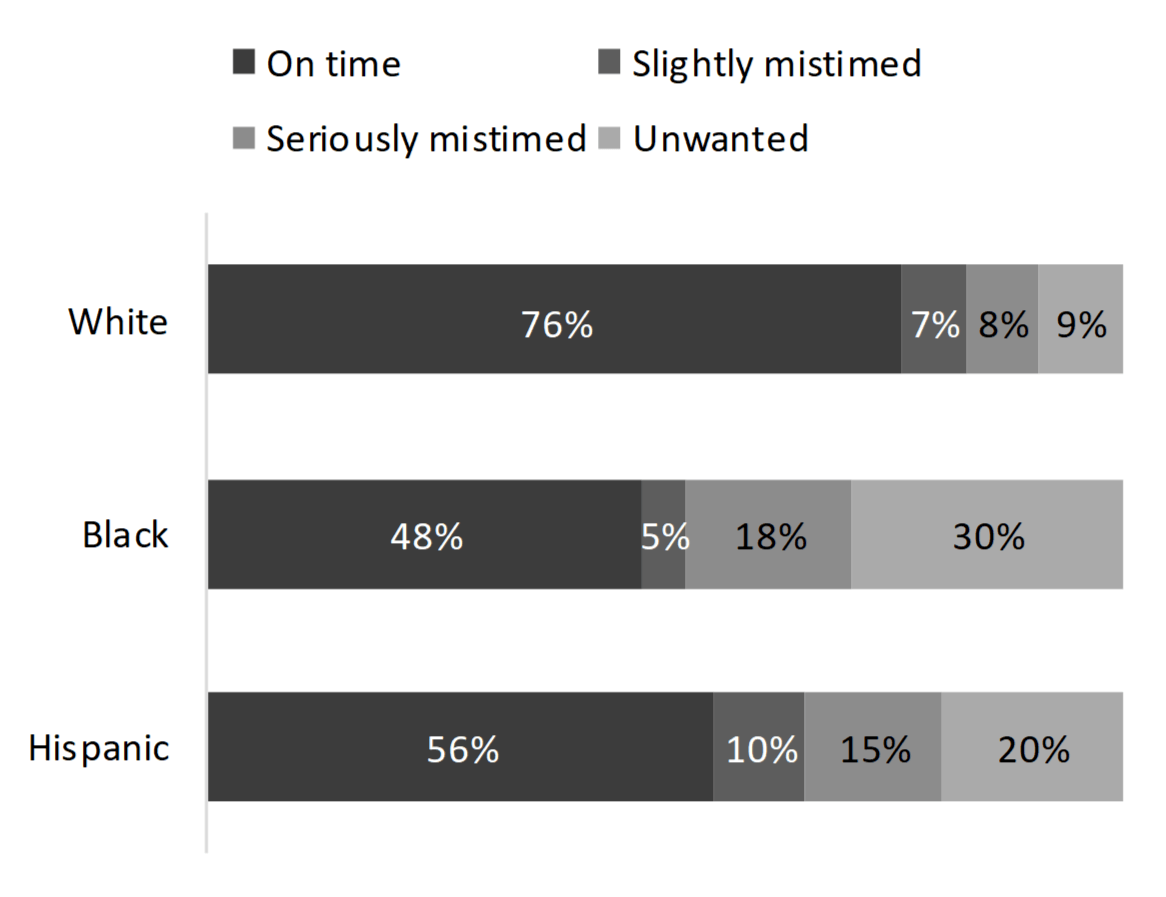