Recent declines in U.S. birth rates raise questions about future population trends. Childbearing goals play an important role in understanding fertility levels, but most research focuses on women’s desires and plans, to the exclusion of men. In this profile, we analyze the childbearing goals of men aged 15-44 using four cycles of the National Survey of Family Growth (NSFG): 2002, 2006-2010 (representing 2008 when weighted), 2011-15 (representing 2013 when weighted), and 2015-2019 (representing 2017 when weighted). We consider (1) intentions to have any children in the future, (2) average actual + intended number of children (the number of children men already have plus the number they intend to have in the future), and among those who intend to have children, (3) the expected timing of their (next) birth (for 2013 and 2017 only due to data limitations). We show estimates for all men as well as estimates disaggregated by fatherhood status.

Intentions to Have Any Children

Across all four time periods, about six in ten men aged 15-44 intended to have at least one child in the future.

Figure 1. Trend in Share of Men 15-44 Intending to Have Any Children, by Fatherhood Status 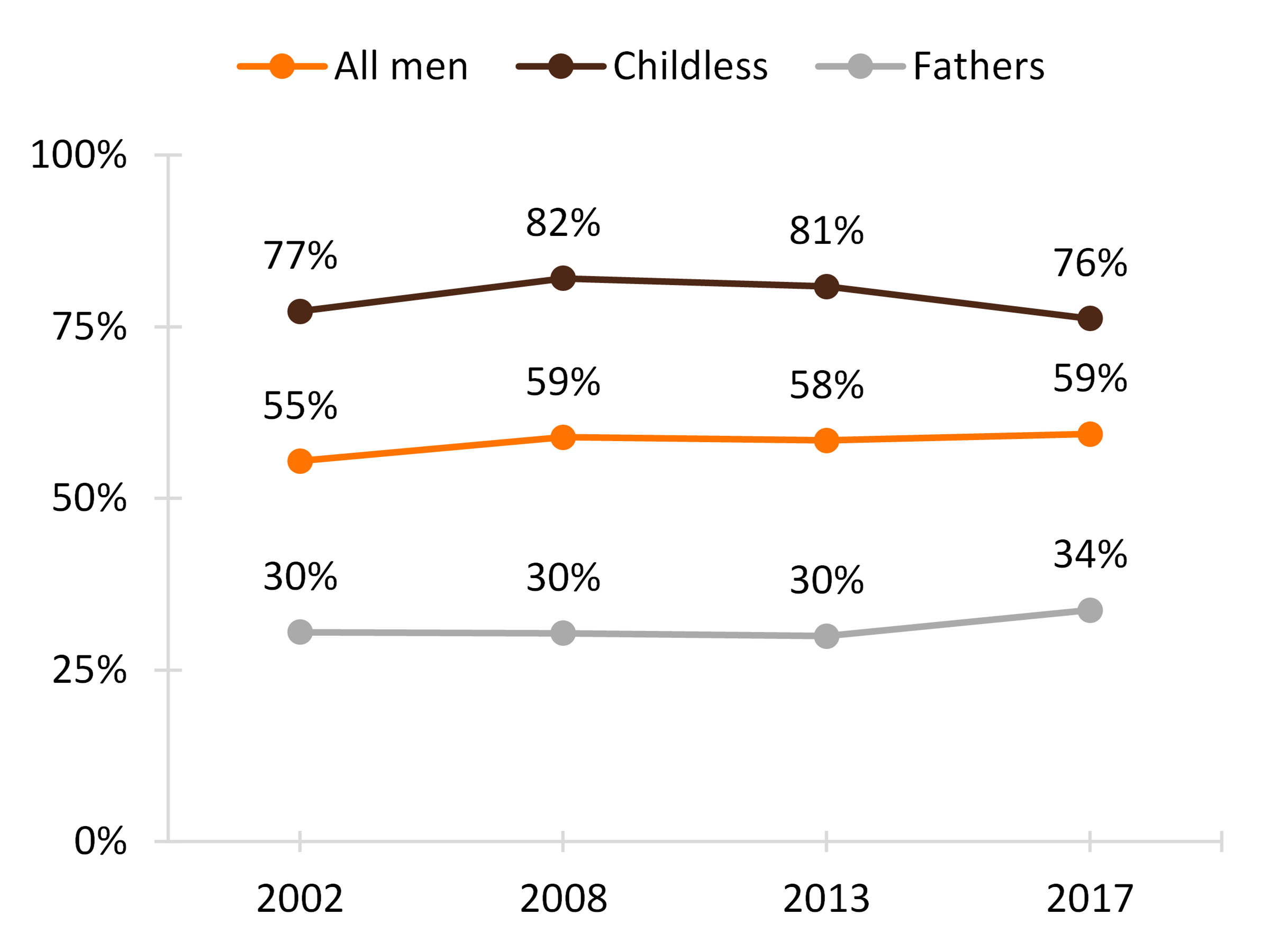 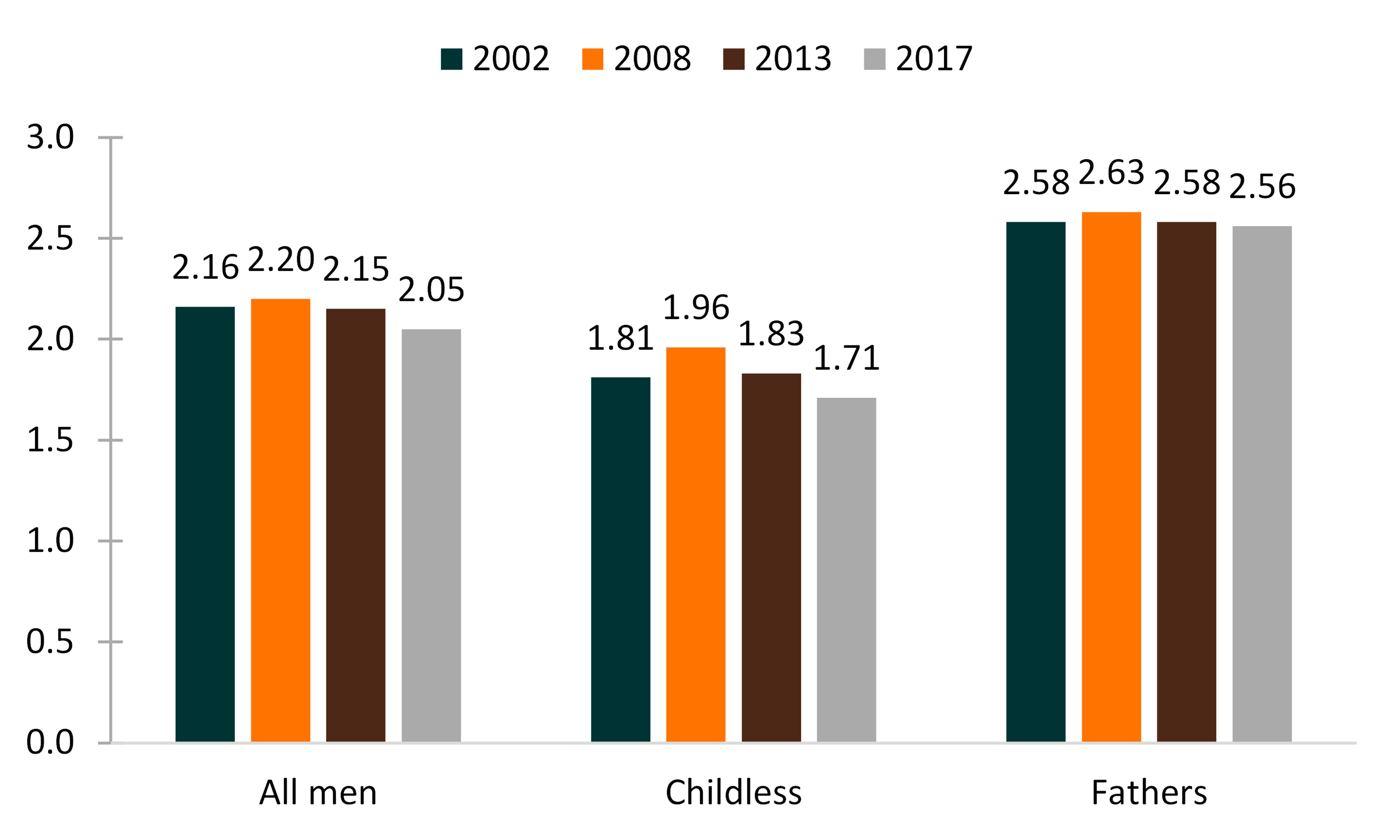 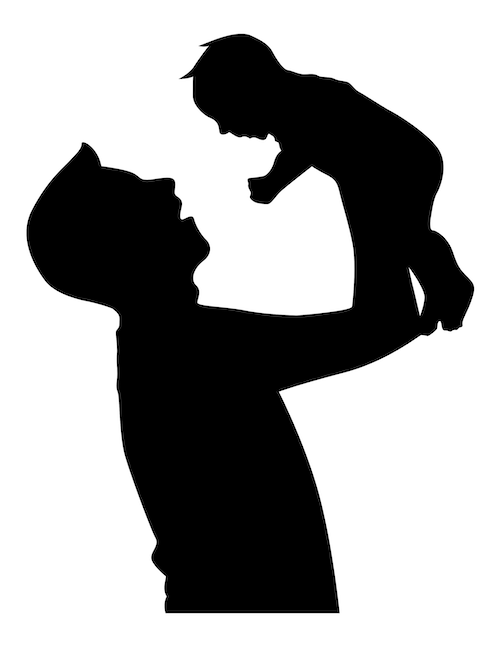 Expected Timeframe for Having the (Next) Birth

Among those who intended to have a child in the future, only one in five men overall expected to do so within the next two years. Between 2013 and 2017, the share who expected to have a birth more than five years from the survey increased from 39% to 43%.

Figure 3. Timing of Next Birth Among Men 15-44 Intending to Have a Birth, by
Fatherhood Status 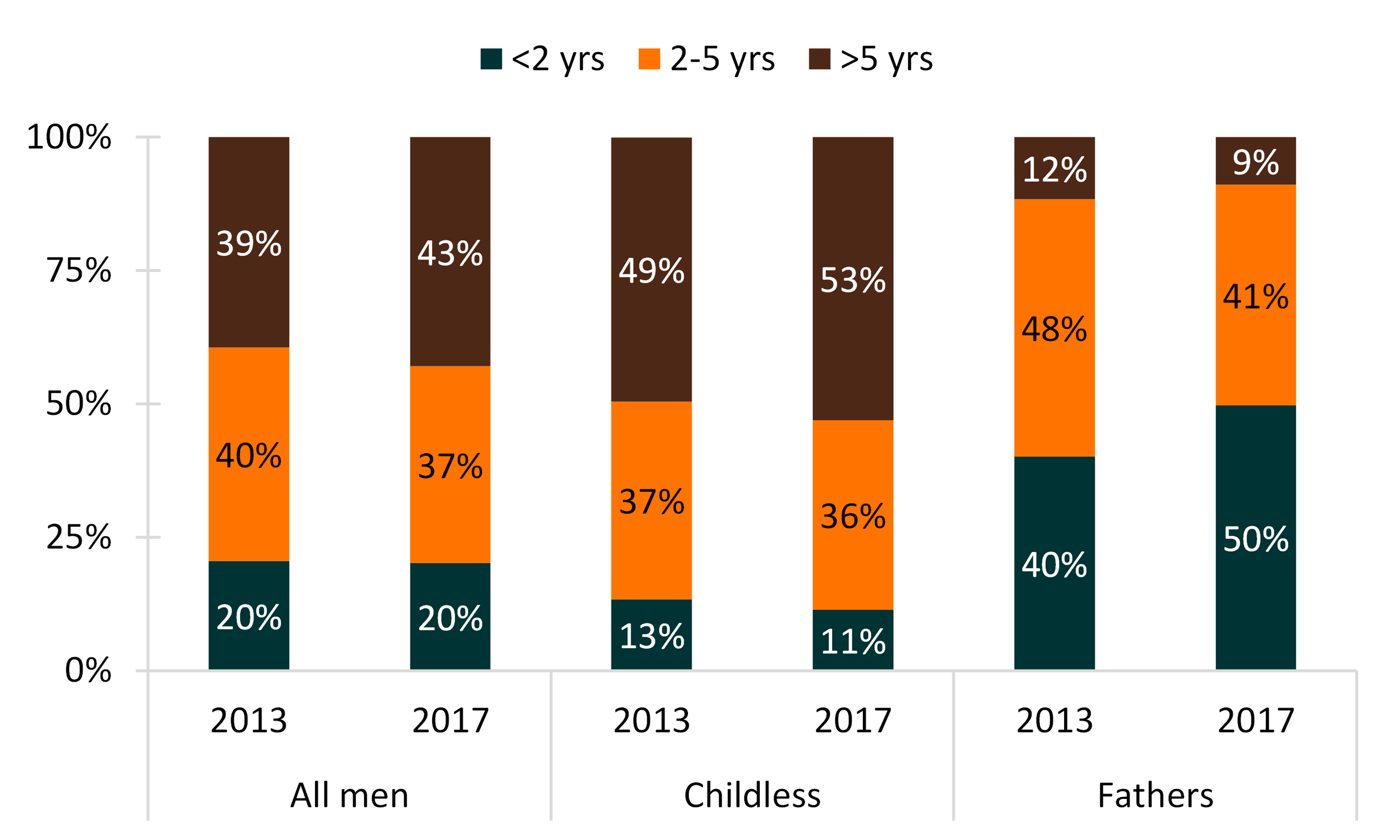