Although unintended childbearing has declined in recent years (Finer and Zolna, 2016; Jones and Jerman, 2017), reducing unintended childbearing remains a public health goal in the U.S. due to its links to poorer outcomes for mothers, children, and families (Healthy People 2030). In this profile, we investigate trends in birth intendedness among women 15-44 between 1997 and 2018 using the 2002, 2006-10, 2011-15, and 2015-19 cycles of the National Survey of Family Growth(1). Birth intendedness is based on a series of questions in which women were asked to characterize each birth as on time, mistimed (wanted but occurring earlier than desired), or unwanted (the respondent did not want any births at all or no additional births). When births were reported as mistimed, women were asked how much earlier than desired the birth occurred, and we categorize mistimed births into two groups: slightly mistimed (less than two years earlier than desired) or seriously mistimed (two or more years too early). This profile is an update of FP-17-08 and is the first in a three-part series on unintended fertility in the U.S. 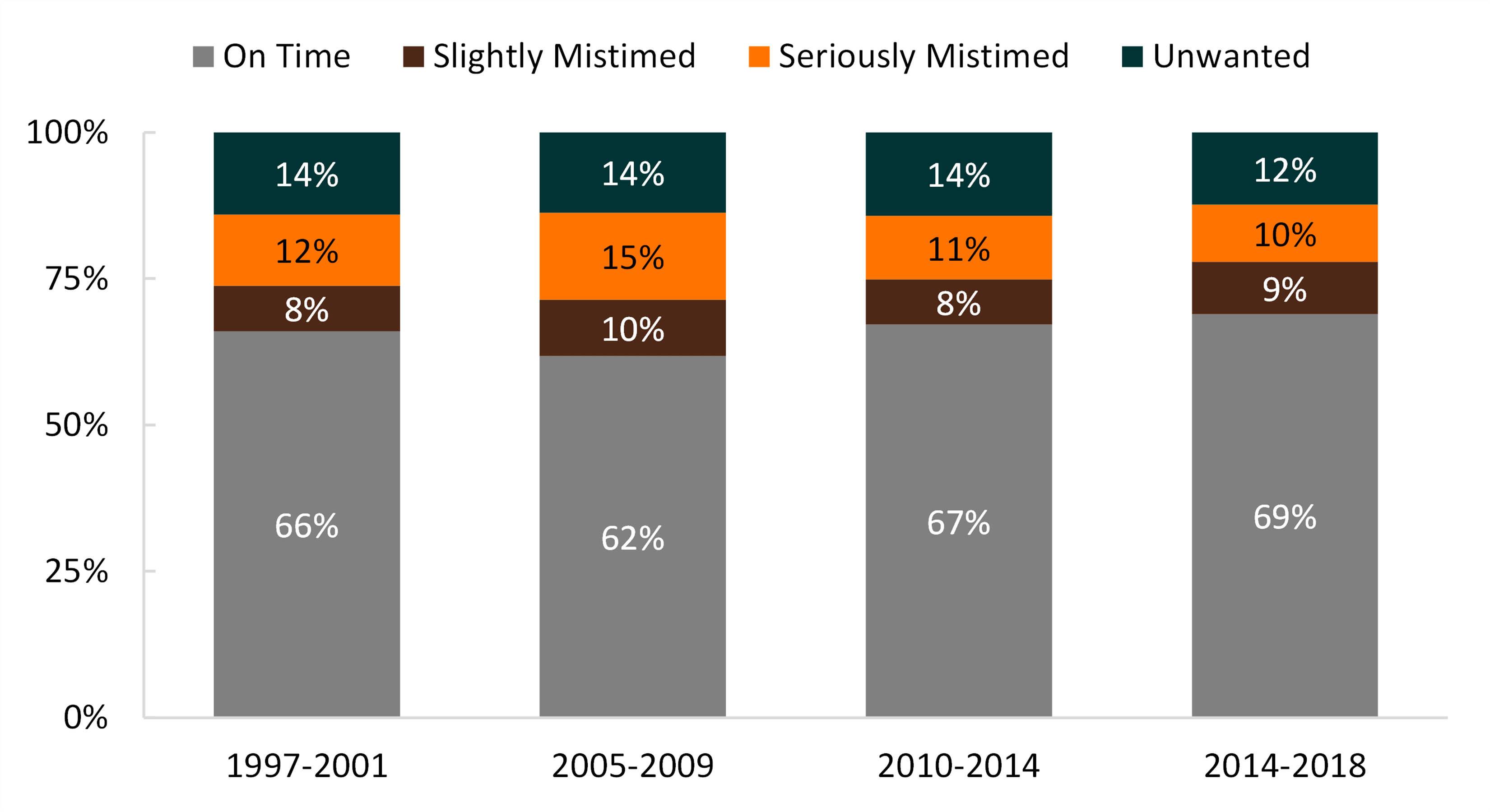 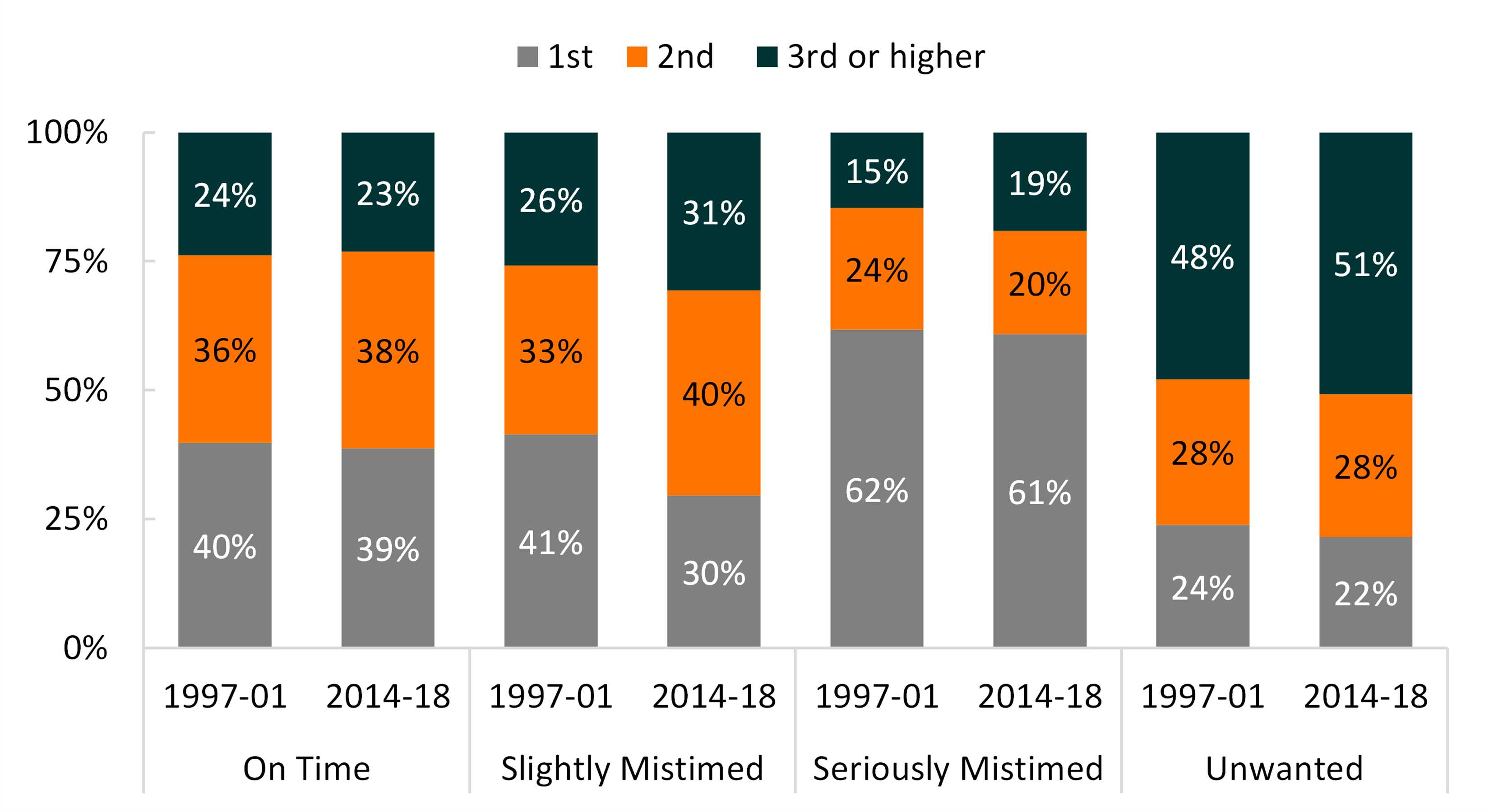 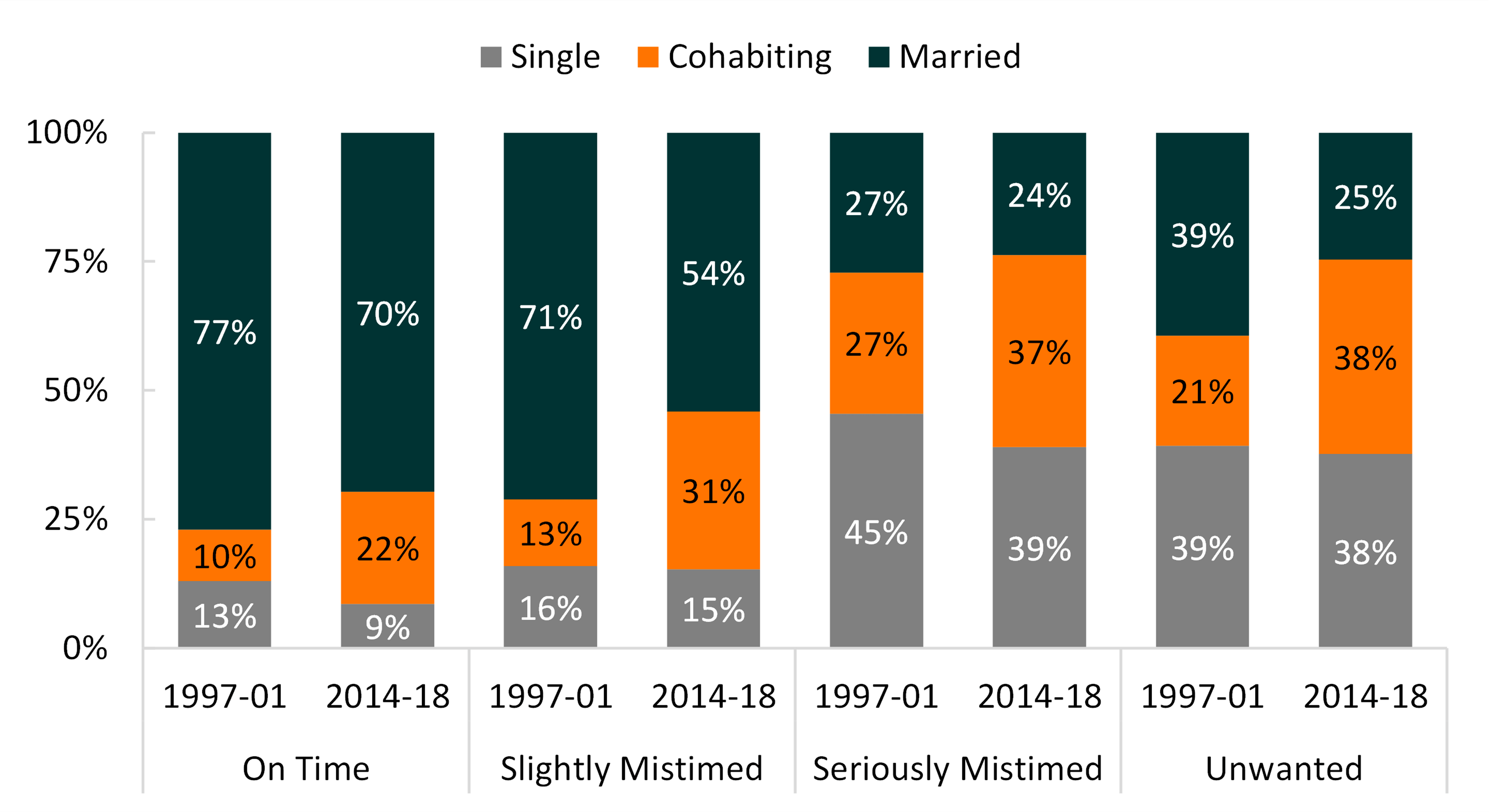