Over the past 20 years, the first marriage rate has declined to about 32 marriages per 1,000 unmarried women (FP-18-14). Part of this trend has been a delay in the age at first marriage, which is nearly 28 years for women (FP-19-06). While declines and delays in marriage are evident, this overall trend obscures considerable variation by age group. Further, there is marked variation according to race and ethnicity. Using data from the 1990 U.S. Vital Statistics and the 2017 American Community Survey 1-year estimates, this profile documents the change in the first marriage rate between 1990 and 2017 across age groups and by race and ethnicity. 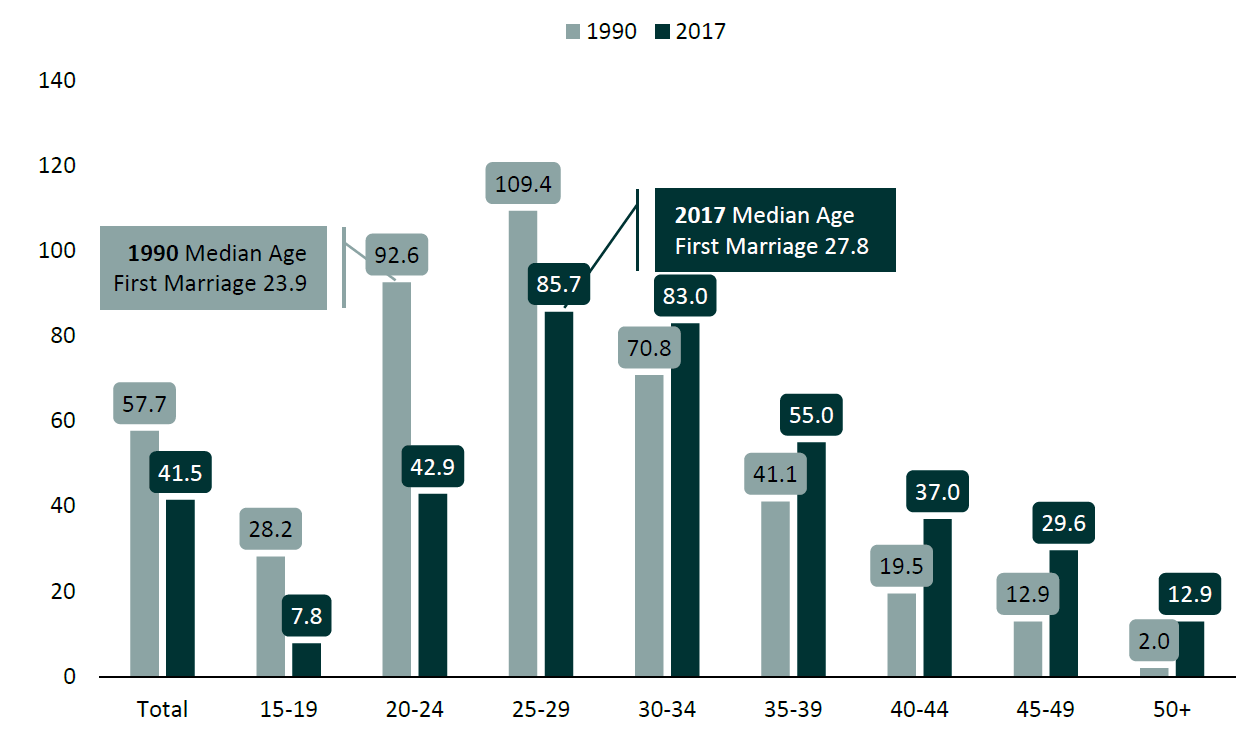 Age Variation by Race and Ethnicity 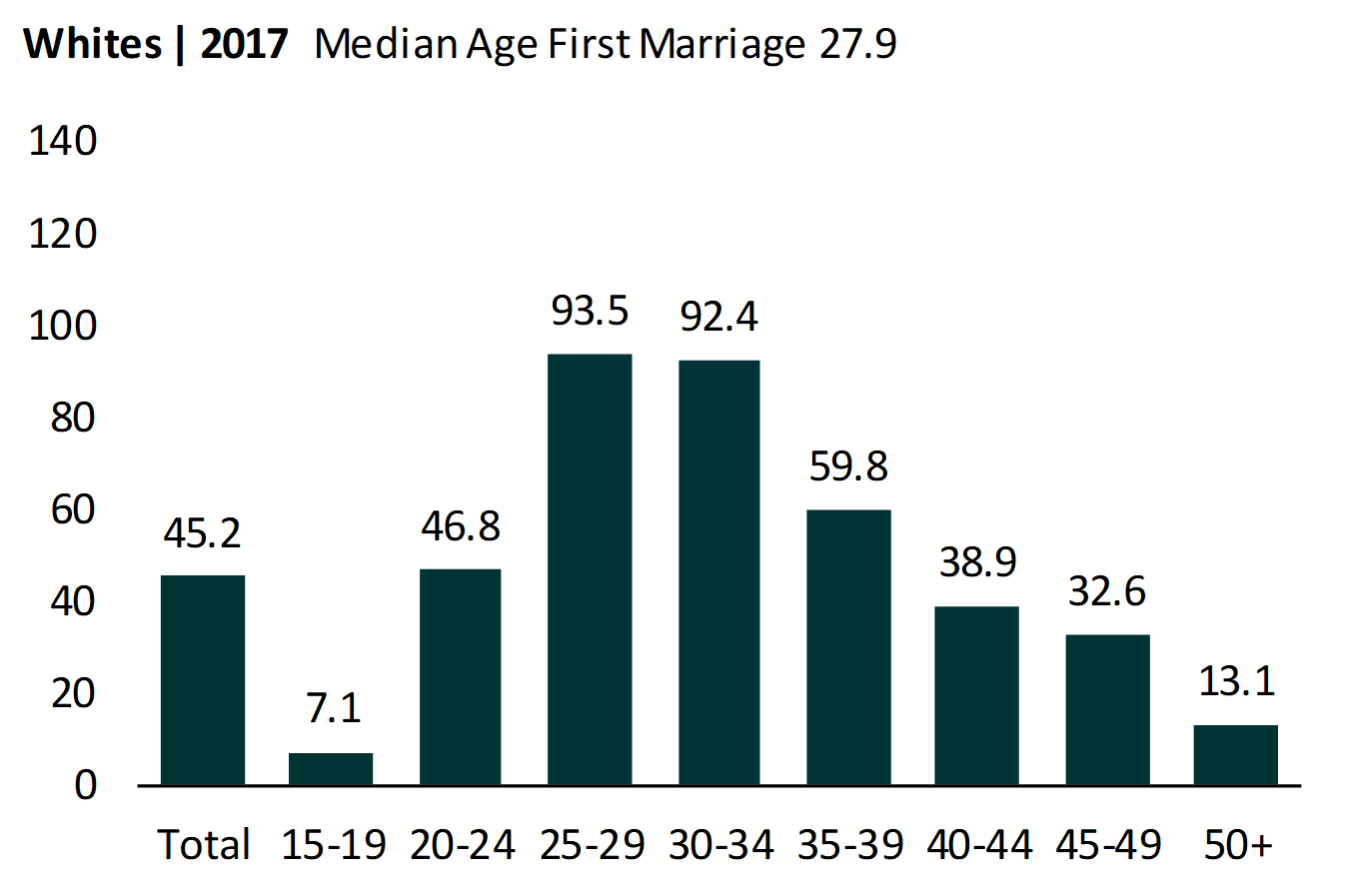 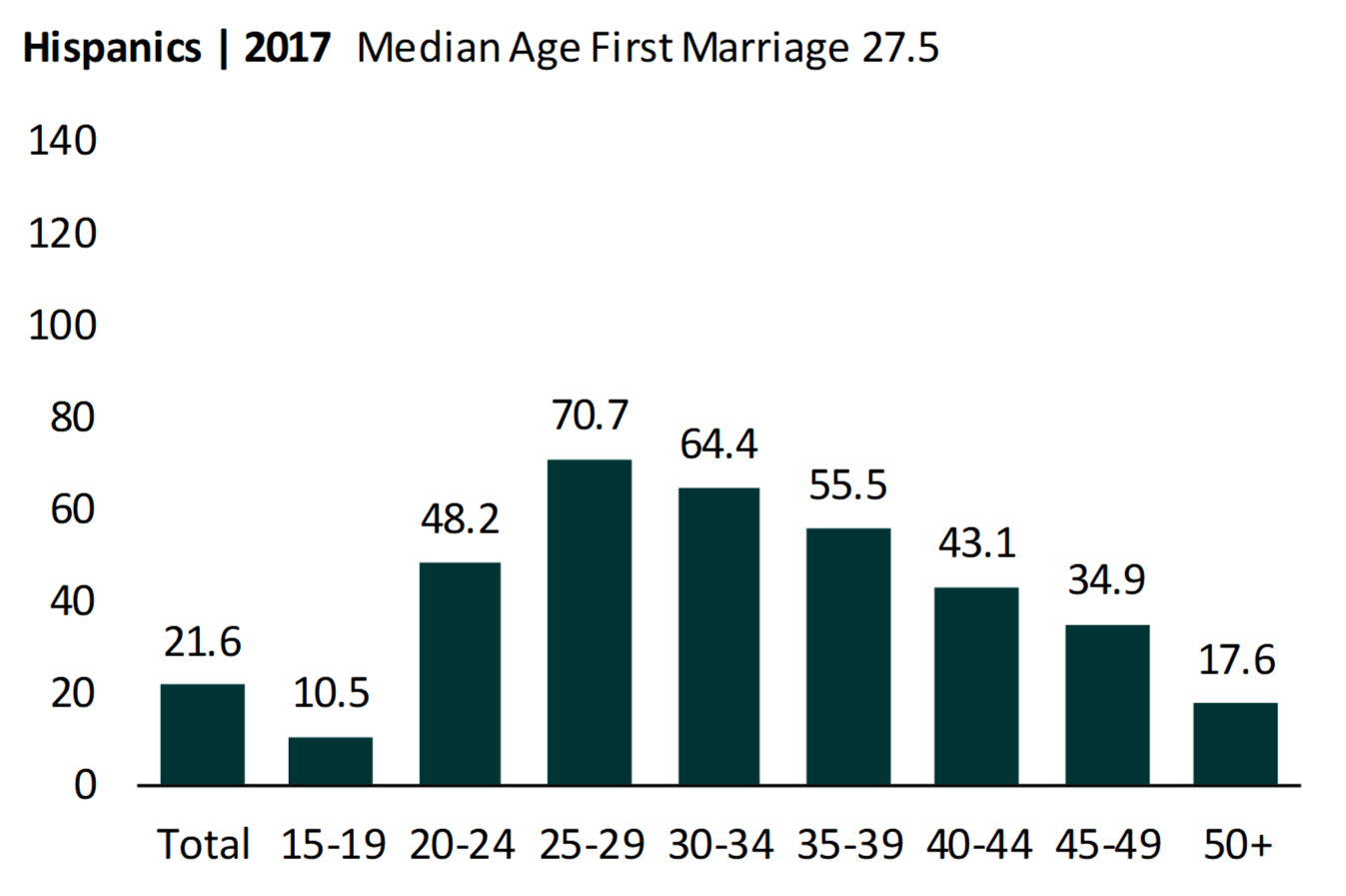 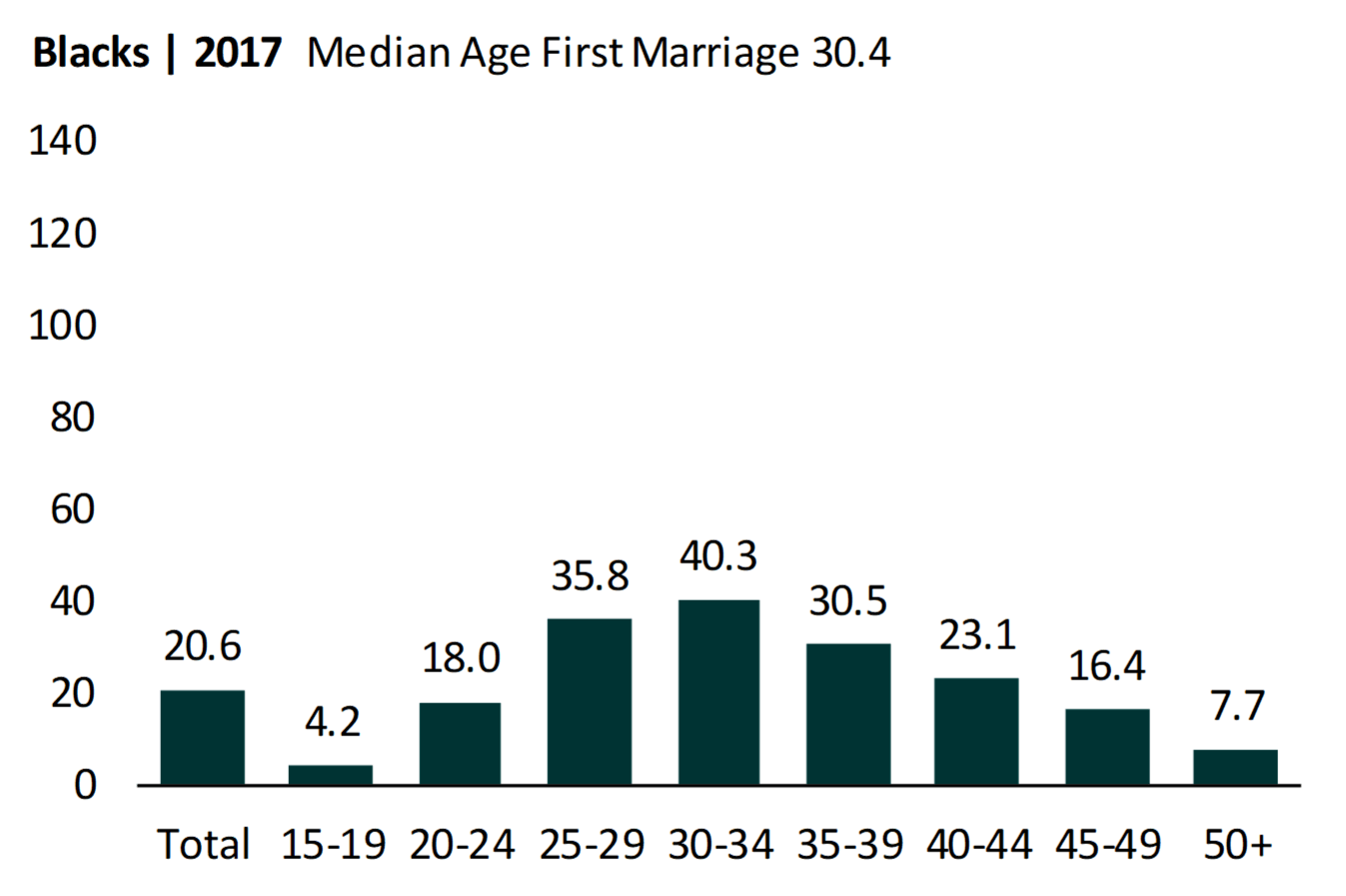 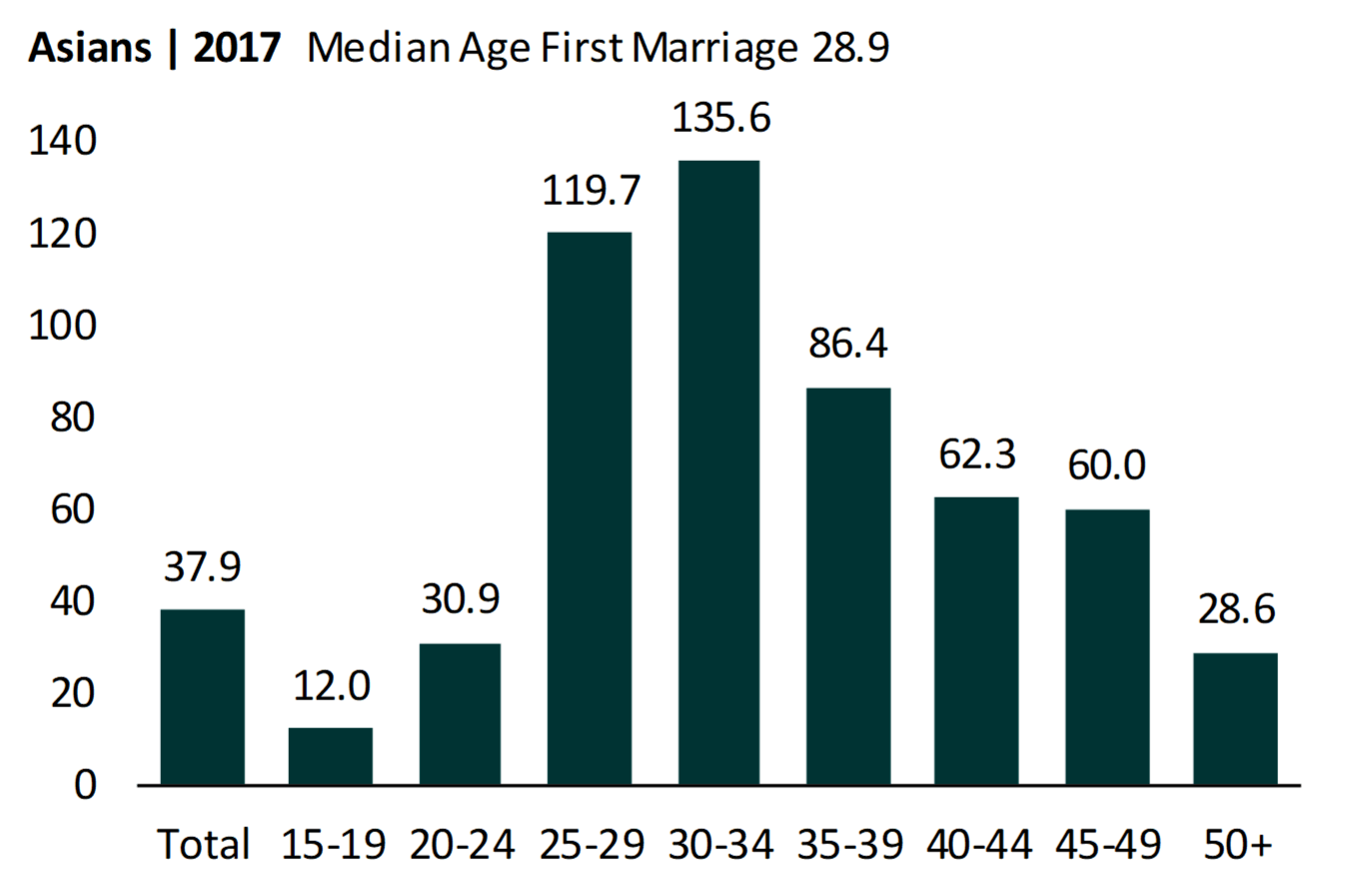