Generational Differences During Young Adulthood: Families and Households of Baby Boomers and Millennials

As shown in FP-17-06, the composition of young adult Baby Boomers and Millennials differs markedly across factors such as racial-ethnic composition and education. In addition to such demographic differences, there have been substantial shifts in family behaviors. This profile examines differences at the family level between the two generations during young adulthood (those aged 25-34 in 1980 and 2015), using data from the 1980 Decennial Census and the 2015 American Community Survey. This approach ensures that we compare the two groups at a similar point in their lifetimes (ages 25-34) to ensure consistency.

*Note: The terms Baby Boomer and Millennial throughout this profile represent early members of each generation. 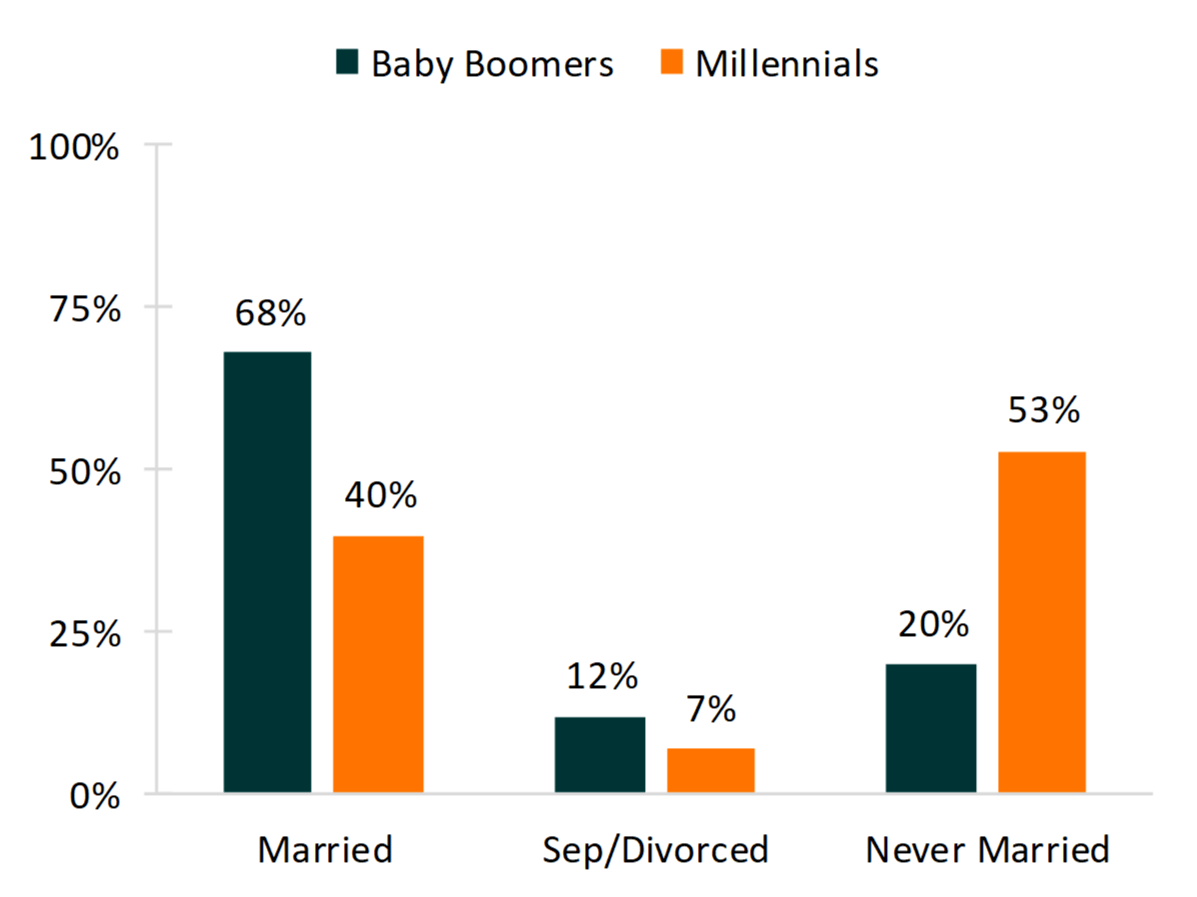 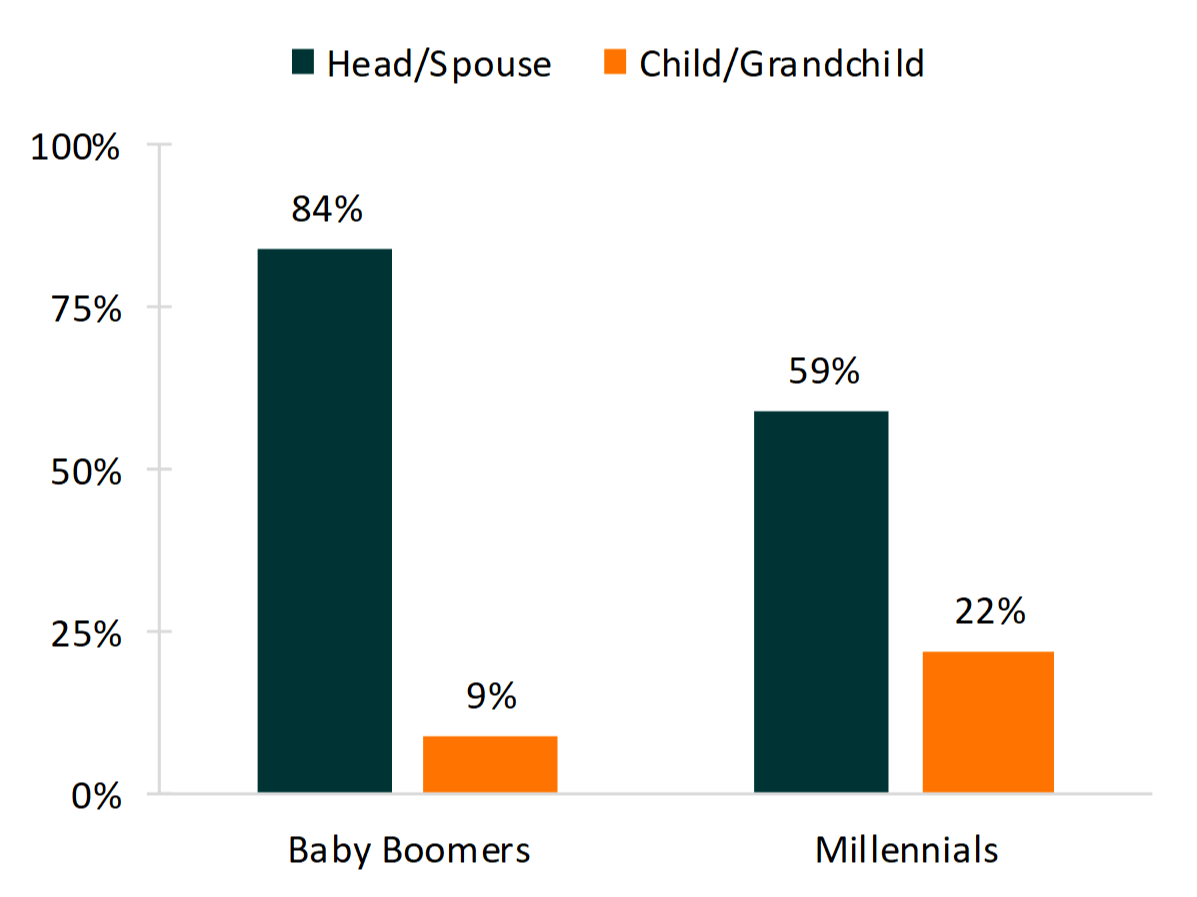 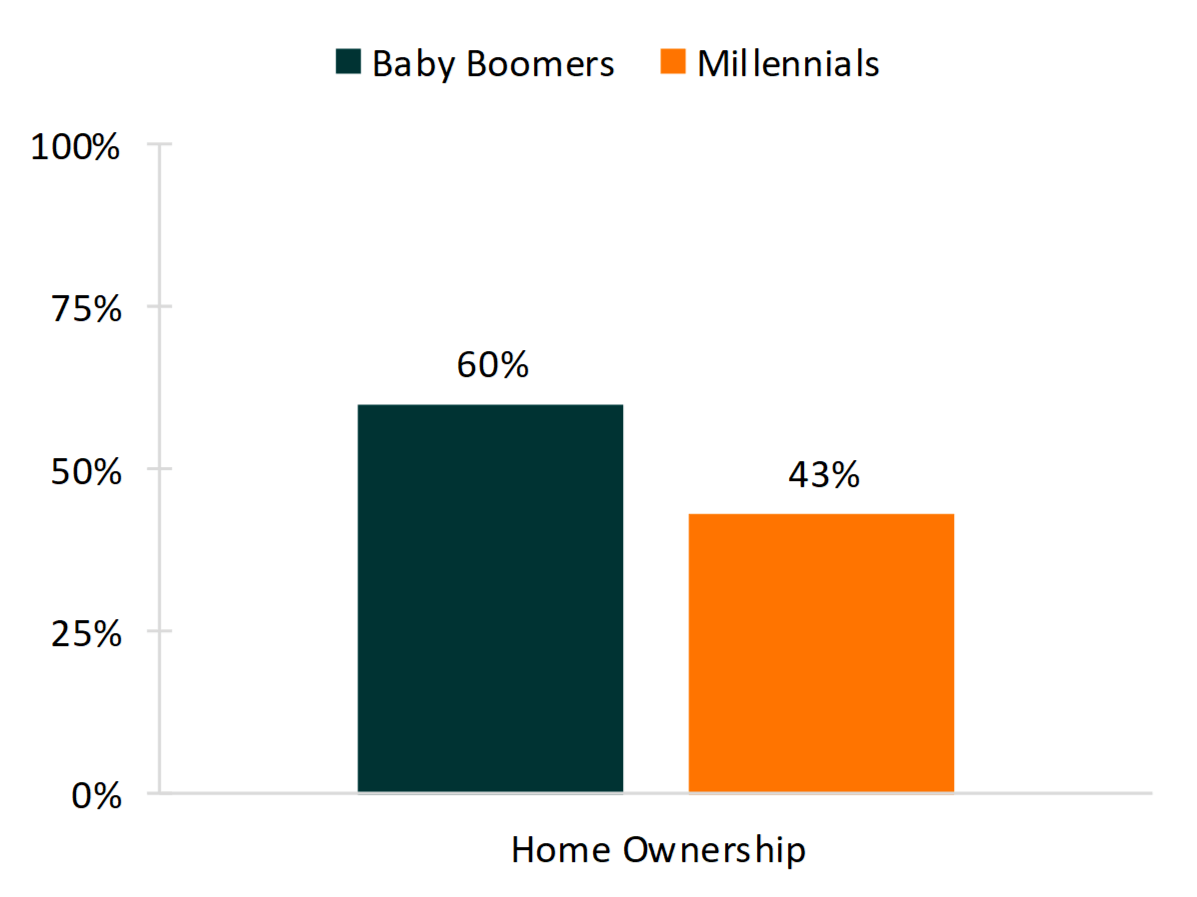 Living with a Biological Child

Note: Estimates of homeownership and living with a biological child only include respondents who were living independently (either the head of the household or spouse of the head). 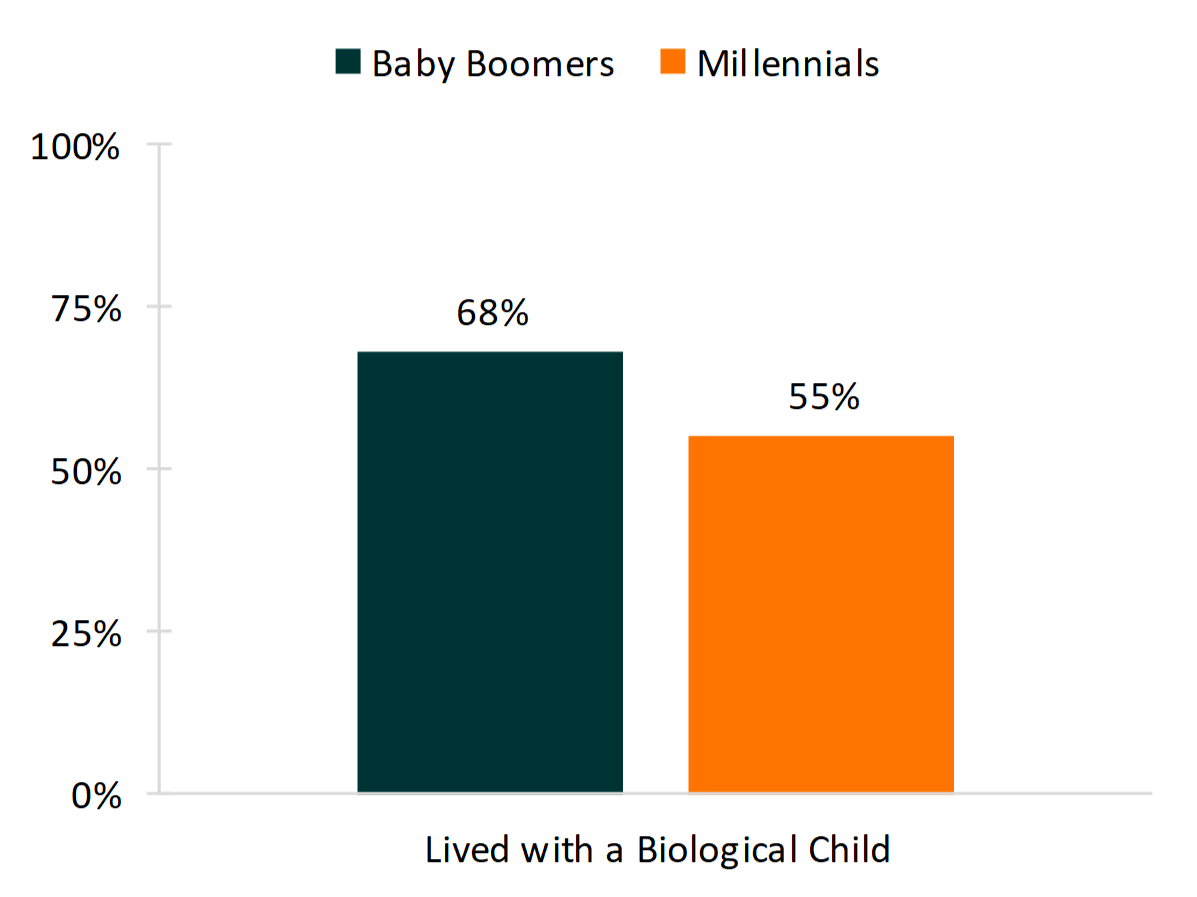