The demographic composition of the Baby Boomer* versus the Millennial* generations has long been of interest to policy makers and scholars alike. This profile explores the "generation gap" (Taylor, 2016) between the two by examining the demographic characteristics of early members in each generation from the ages of 25-34 using data from the 1980 Decennial Census (Baby Boomers) and the 2015 American Community Survey (Millennials).

*Note: The terms Baby Boomer and Millennial throughout this profile represent early members of each generation. 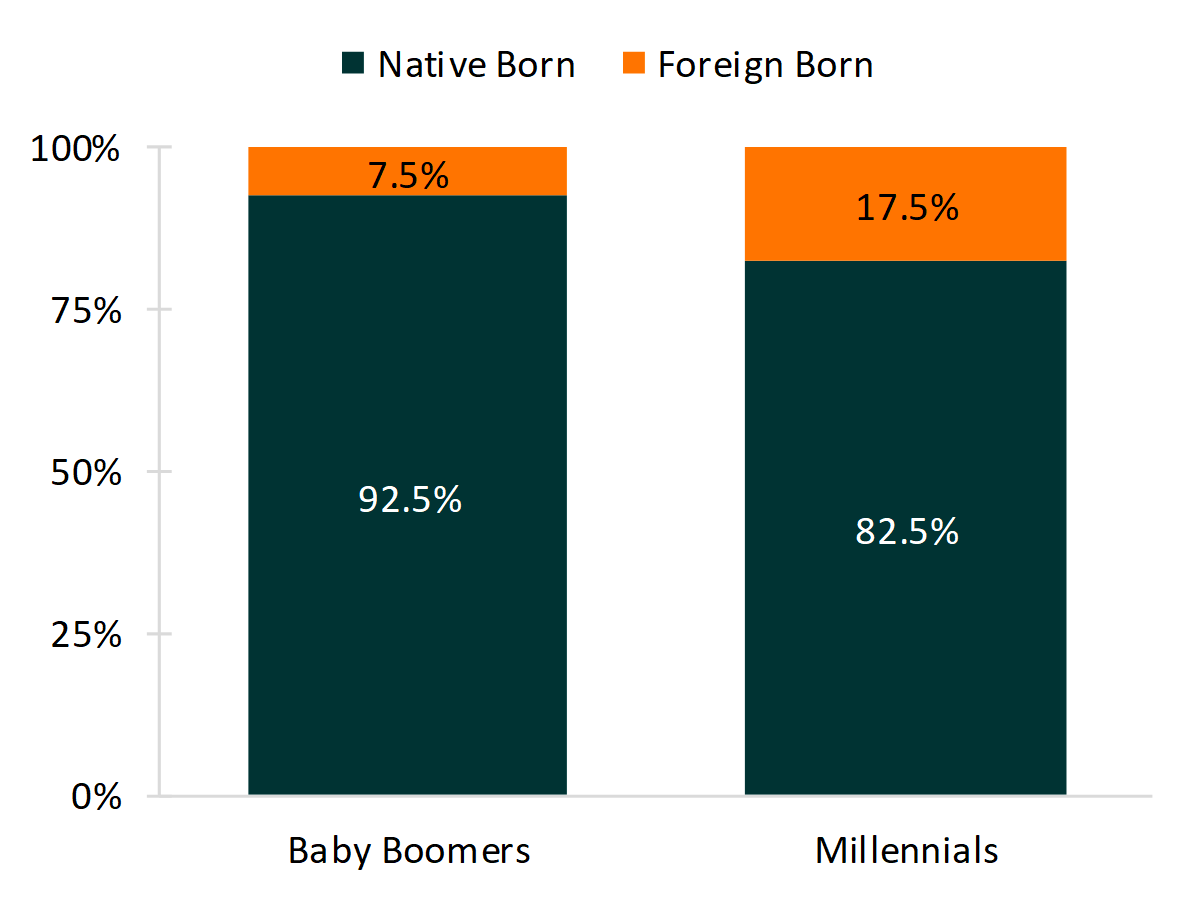 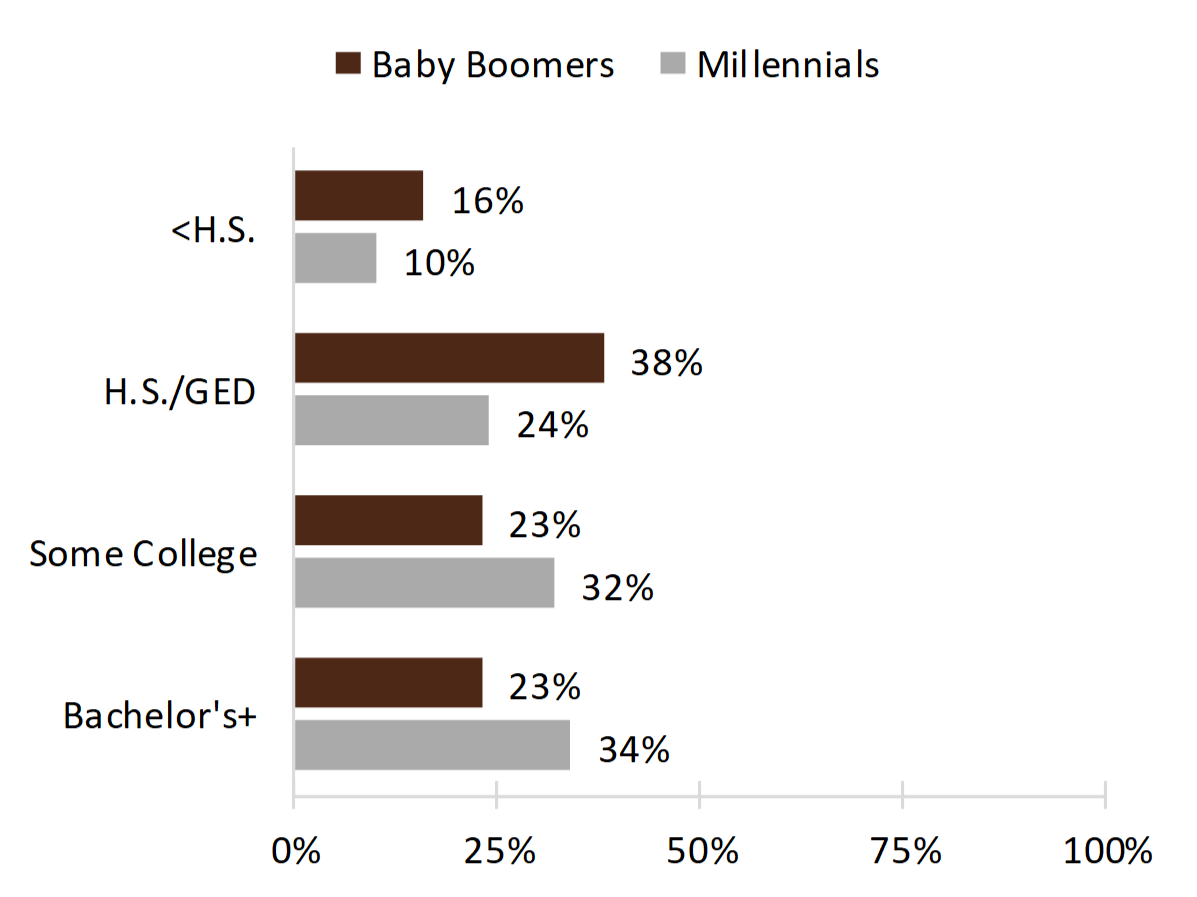 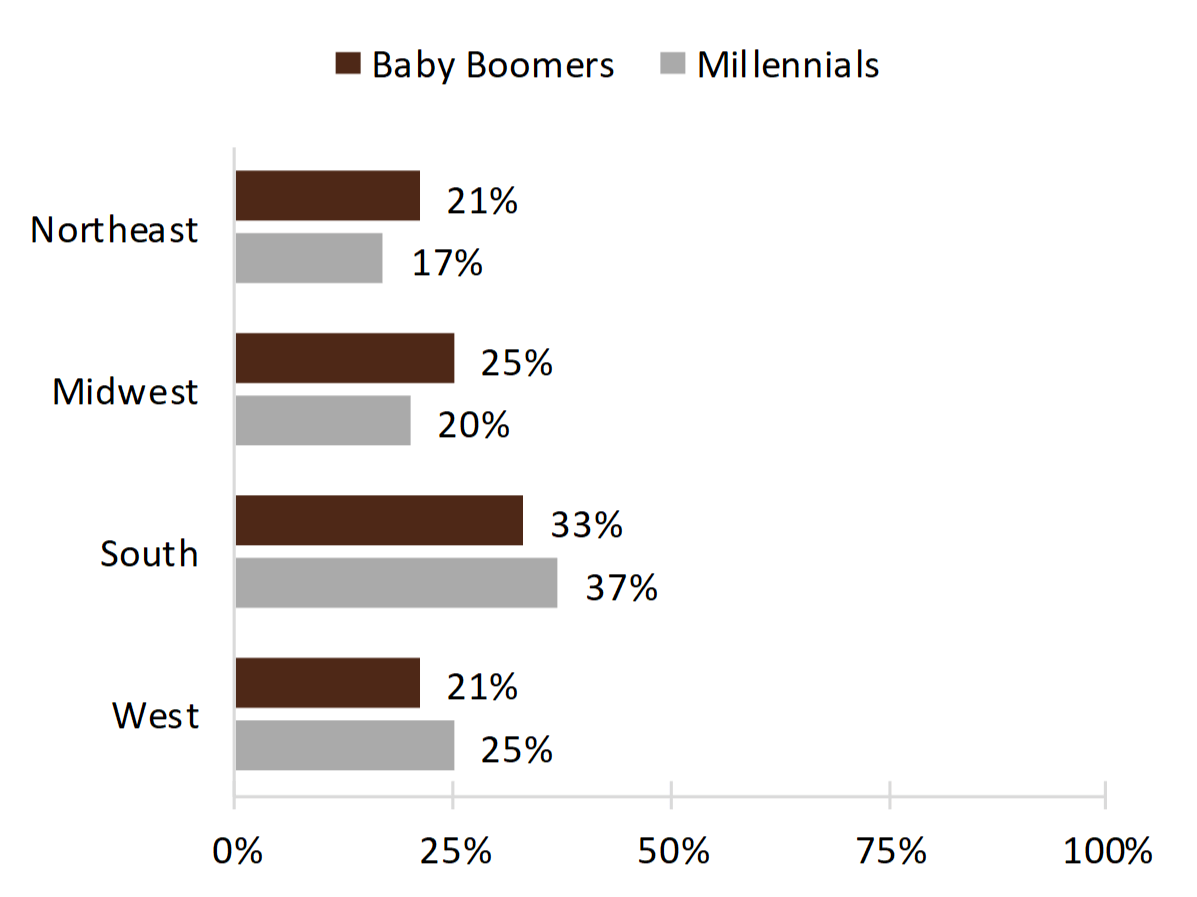 At Work in the Past Week 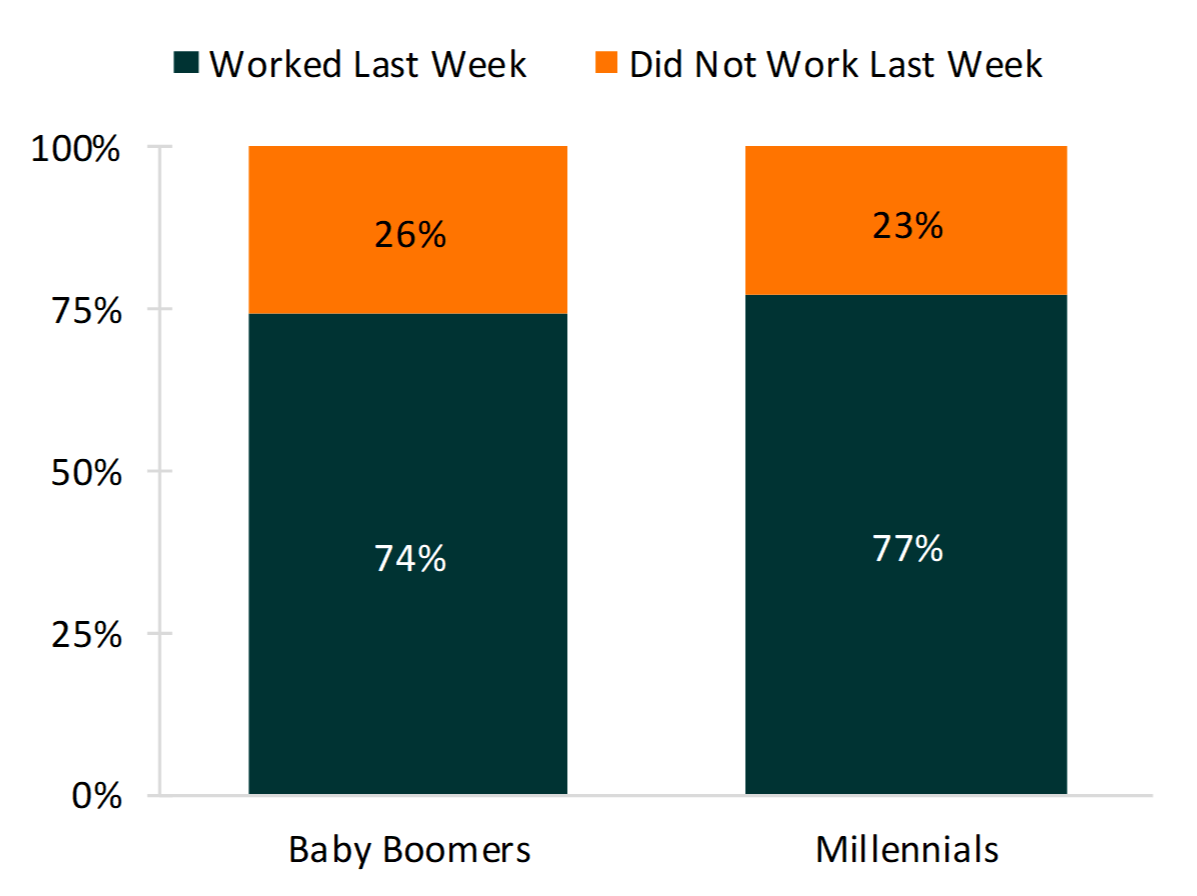