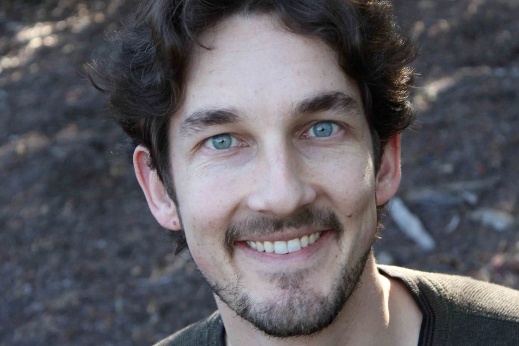 Dr. Ryan Ebright, an Assistant Professor of Musicology in BGSU’s College of Musical Arts, has received one of this year’s Kurt Weill Prizes, biennial awards from the Kurt Weill Foundation that recognize distinguished scholarship in the disciplines of music, theater, dance, literary criticism, and history addressing music theater since 1900 (including opera).

This year, the Foundation selected three outstanding articles, one of which was Ebright’s article “Doctor Atomic or: How John Adams Learned to Stop Worrying and Love Sound Design” (published in 2019 in the Cambridge Opera Journal, a top-tier, peer-reviewed opera studies journal). The Weill Foundation’s public announcement of the awards noted that although past prizes have generally recognized one book and article per cycle, this year the Prize panel decided to award three article prizes and declined to award a book prize, owing to the strength of the article nomination pool.

Ebright’s article centers on the use of spatialized electroacoustic sound design in composer John Adams’s 2005 opera Doctor Atomic, which is about physicist J. Robert Oppenheimer and the creation of the first nuclear weapon during the final months of World War II. Opera has traditionally been an acoustic art form, with unamplified singers and instruments. The use of amplification and sound design in Doctor Atomic, Ebright argues, has significant ramifications not only for operatic production, performance, and meaning, but also for the scholarly study of opera. To explore the many potential consequences of sound design in opera, Ebright draws on new interviews with director Peter Sellars and sound designer Mark Grey, as well as close examination of the opera’s electronic components, including digital sound files and software.

The advisory panel unanimously recommended the article as one of this year’s co-prizewinners. “This article opens up new pathways of understanding and reinvigorating the way we think about a much-discussed genre, as all the best music research does,” the prize panel wrote. “It is already making a splash for helping define a new arena of study: sound design in opera.” The panel praised it as “a truly innovative approach to opera studies.”

Ebright’s research into the sound design of Doctor Atomic is part of his ongoing study of transformations in American opera since the late 1970s. His 2017 article, “‘My answer to what music theater can be’: Iconoclasm and Entrepreneurship in Steve Reich and Beryl Korot’s The Cave,” traced the development of composer Steve Reich and video artist Beryl Korot’s first opera, The Cave, through the lens of late twentieth-century patronage and operatic production. It received an ASCAP Virgil Thomson/Deems Taylor Award in 2018. Ebright plans to use his work on these operas as case studies in a larger book project, titled Making American Opera after Einstein, that examines the efforts of artists and institutions to redefine American opera in the wake of composer Philip Glass’s groundbreaking 1976 opera, Einstein on the Beach.

Ebright’s award-winning work on contemporary music, said Dr. Nora Engebretsen-Broman, chair of the department of musicology, composition, and theory, “affirms the ongoing importance of BGSU’s College of Musical Arts as a nationally-recognized hub for new music creation, performance, and research.”

In celebration of Ebright’s award, Cambridge University Press and the editors of the Cambridge Opera Journal are offering free access to his article until May 31, 2022. You can read it here.