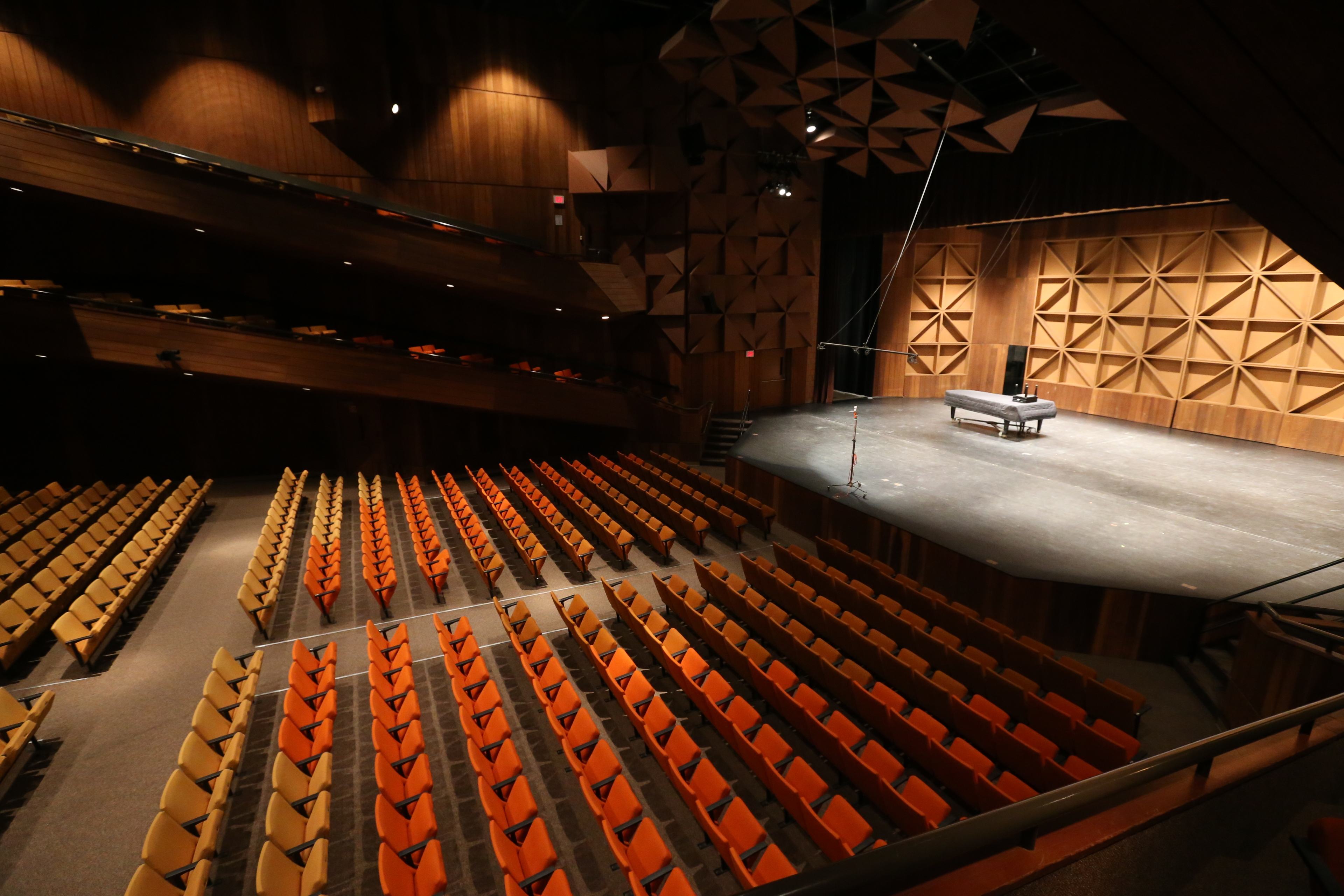 Bowling Green State University’s College of Musical Arts (CMA) is a community of students who work hard every day to “Go Far” after their time on campus. Faculty prepares students for real-world experiences and helps them embrace innovation in the music industry. Four CMA alumni are continuing to succeed in their orchestral administration roles at orchestras across the Midwest. 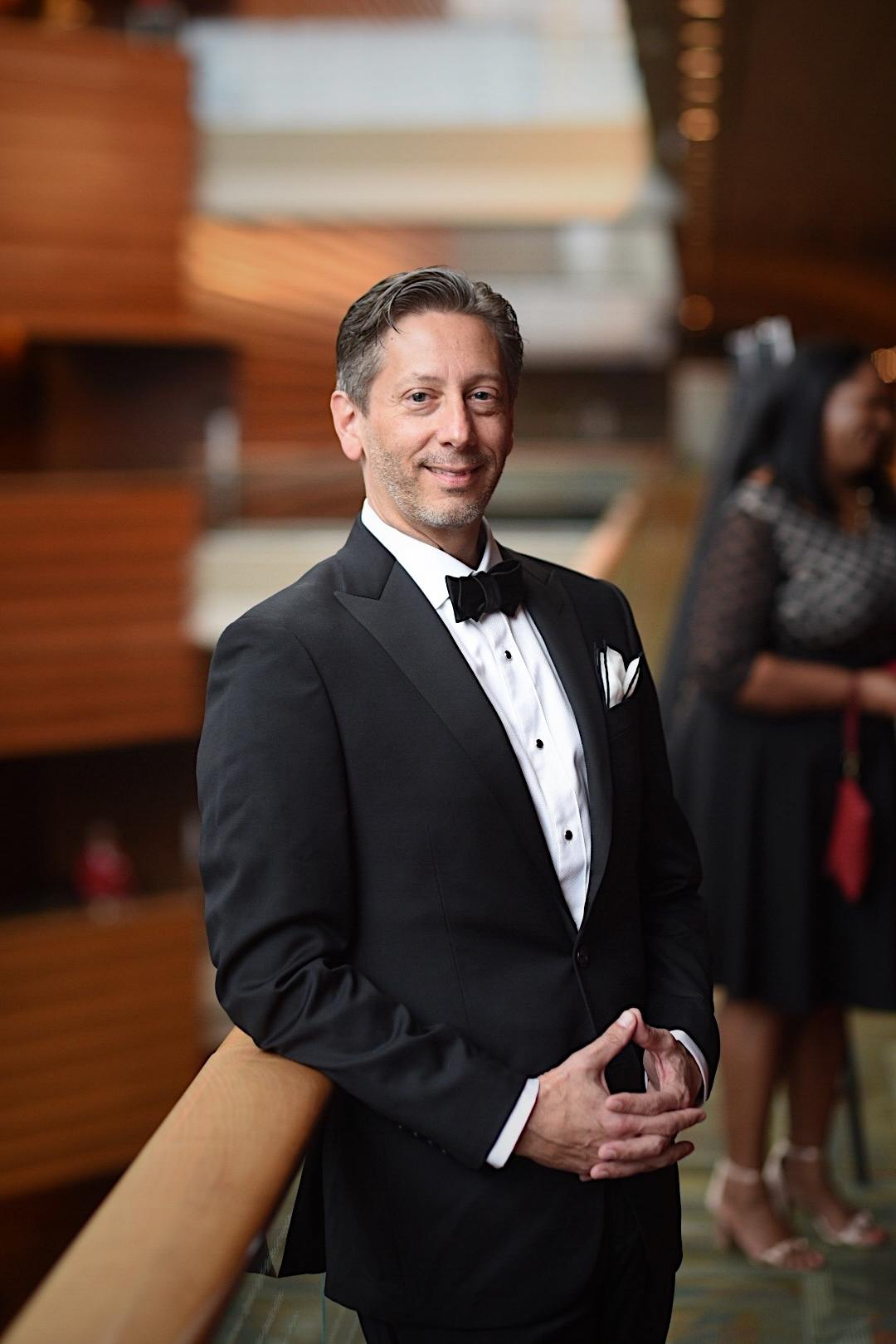 Michael Albaugh graduated from BGSU in 1995 with a Master of Music in composition. He went on to complete his doctorate from West Virginia University. During his time in graduate school, he secured a position at the Interlochen Center for the Arts in Michigan thanks to a Bowling Green connection, Distinguished Artist Professor Marilyn Shrude. Later, he worked for Interlochen’s boarding school, the Academy, creating programming before being promoted to director of music. Albaugh then took a position at Montclair State University, managing the administrative side of the school of music.

During his time at Montclair State, he received a call from Lincoln Center in New York City. They were looking to add Albaugh to their staff to design and advise a new summer program for talented high school students. After his time at Lincoln Center, the Philadelphia Orchestra reached out to Albaugh to help expand their programming to a more community-based focus. He currently serves the Philadelphia Orchestra as director of collaborative learning.

Albaugh focuses his work on the orchestra’s HEAR initiative. The initiative focuses on health, education, access and research programming. The orchestra works with Temple University’s Quality of Life Research Center to provide a music therapy program at a ministry in Philadelphia. The Philadelphia Orchestra serves as the artistic director for the Philadelphia School District and oversees band, orchestra, and choir programming. The orchestra does background work to make sure they are doing what effects and makes change in the community and uses data to back up their work.

Albaugh credits BGSU for being a pivotal part of his education and opening up a diversification of his world. He encourages students to take advantage of all the opportunities the university has to provide.

“Go outside of your comfort zone because some experiences can lead to other things. Even if an experience is bad, it shapes you and the direction you make,” Albaugh said. 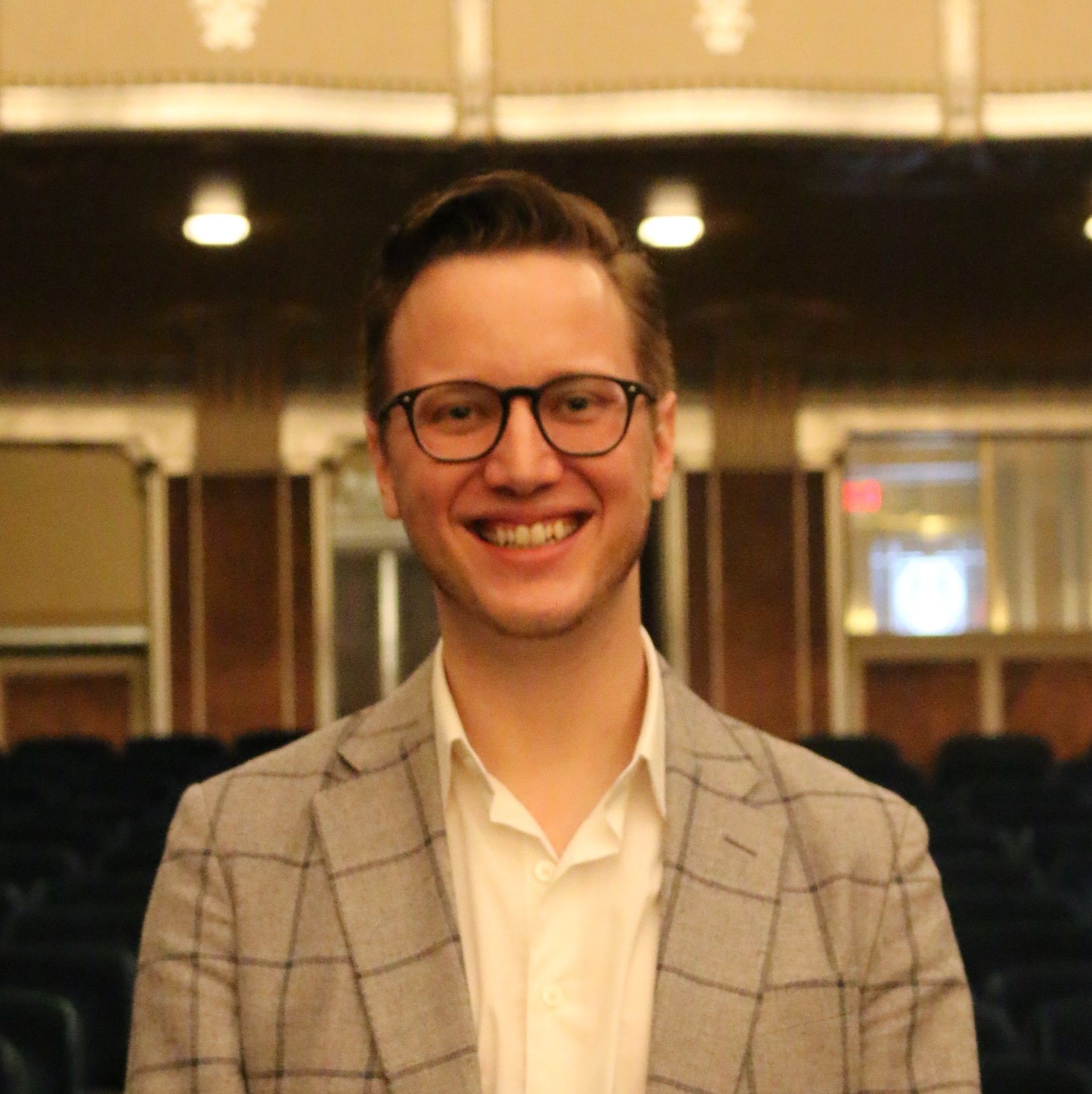 Austin Land graduated from BGSU in 2015 with a Bachelor of Musical Arts with a minor in arts management. He currently serves the Cleveland Orchestra as artistic planning coordinator, where he supports Chief Artistic Director Mark Williams. Land’s day-to-day duties include working with music directors and guest conductors, programming the concert season, contract negotiations for guest conductors and serving as the initial contact for artists' managers and concert presenters.

He credits BGSU for showing him how to forge his own path. Without help from his CMA mentors, Dr. Mary Natvig and Dr. Andrew Pelletier, Land would have not have made the realization to pursue orchestra administration and artistic planning during his second year.

Land’s advice to any BGSU student is to do everything professors “harp on you about,” even if you are already doing an adequate job or you think you can put it off. For CMA students, he encourages them to listen to as much music as they can.

“I think most undergraduate music majors think they’re doing fine, or there’s time in the future to gain a broader knowledge of repertoire,” he said. “However, I would argue that the sooner you start building your knowledge, the more prepared you’re going to be for success.” 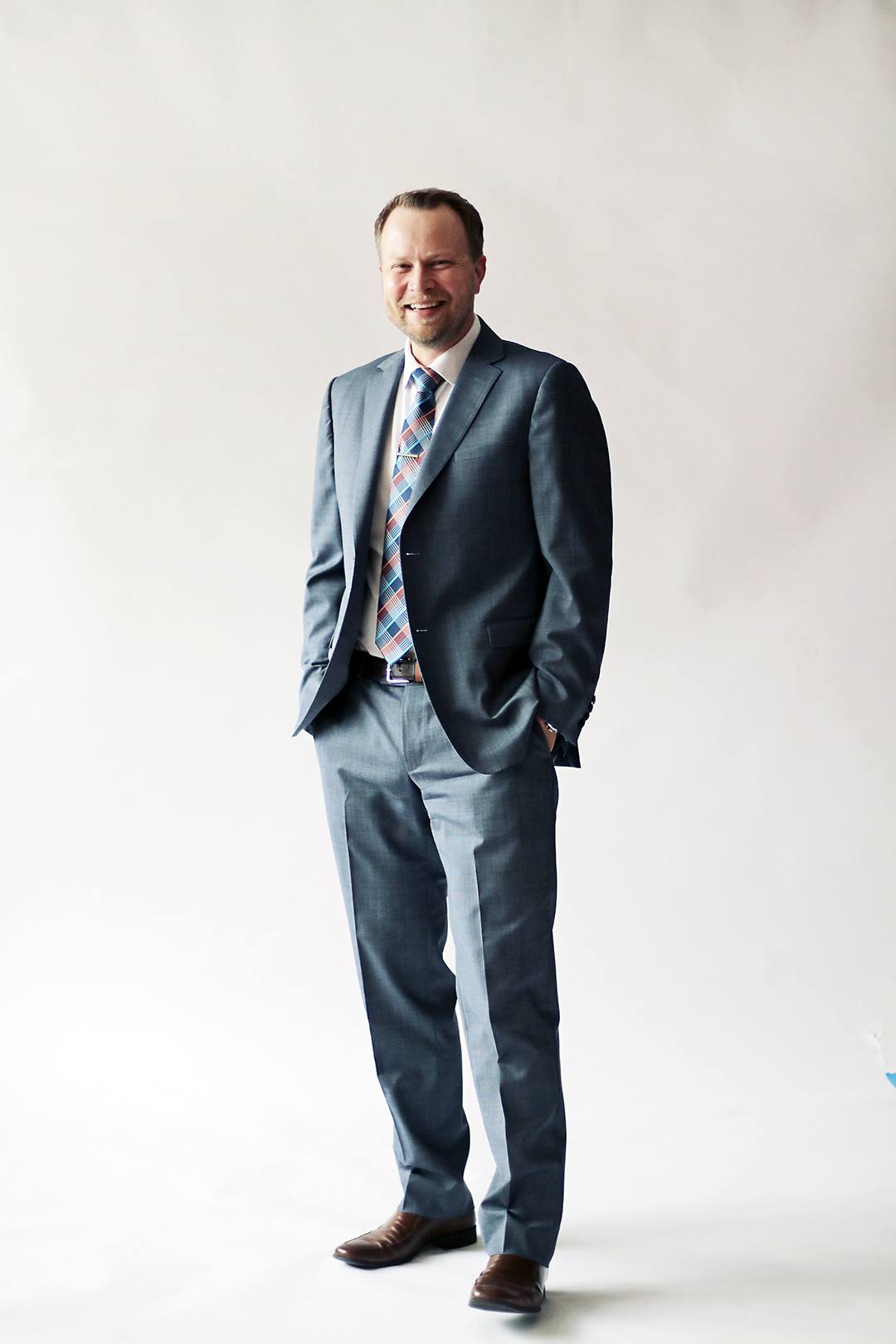 After coming to the United States from Sweden in 1996, Rönmark started at a small liberal arts college in South Dakota. He then came to BGSU and graduated in 2001 with a Master of Music in saxophone performance. He also completed his doctorate at University of Michigan. He currently works at the Detroit Symphony Orchestra as vice president and general manager.

Before starting his role at Detroit Symphony Orchestra, Rönmark worked as an assistant in the music library and then artistic coordinator in the artistic department. He completed contracts and arranged travel for guest artists. In 2010, he became the head of artistic planning and organized the orchestra season. A few years later, he became general manager, and has been a part of the executive team for the past four orchestra seasons.

Rönmark’s role as general manager involves him overseeing eight different departments, including operations, artistic planning, education and marketing and sales. The Detroit Symphony Orchestra performs nearly 170 concerts a year, and Rönmark’s duties vary depending on the type of concert. Normally, his day consists of staff meetings, meeting with donors and making sure everything is running smoothly.

Rönmark credits BGSU for the relationship he grew with Distinguished Artist Professor John Sampen, who was the ultimate person to teach him how to push himself to be a better musician and a better person. BGSU taught Rönmark how to become an individual and a great collaborator.

“The camaraderie in Bowling Green is something I always look back on fondly,” Rönmark said.

Rönmark advises students to look for all opportunities a degree can afford students in the future. He says that there are many opportunities out there, so take a moment to look and find what best fits you.

“I just wasn’t aware of all the opportunities out there. I think if I would have known more about it when I was in college, I might have approached my studies a bit different. Once you have a degree, it really opens doors, especially if you have a degree from BGSU,” Rönmark said.

Rönmark’s ensemble, New Music Detroit, performed at BGSU on Oct. 18 in Kobacker Hall as a part of the New Music Festival. 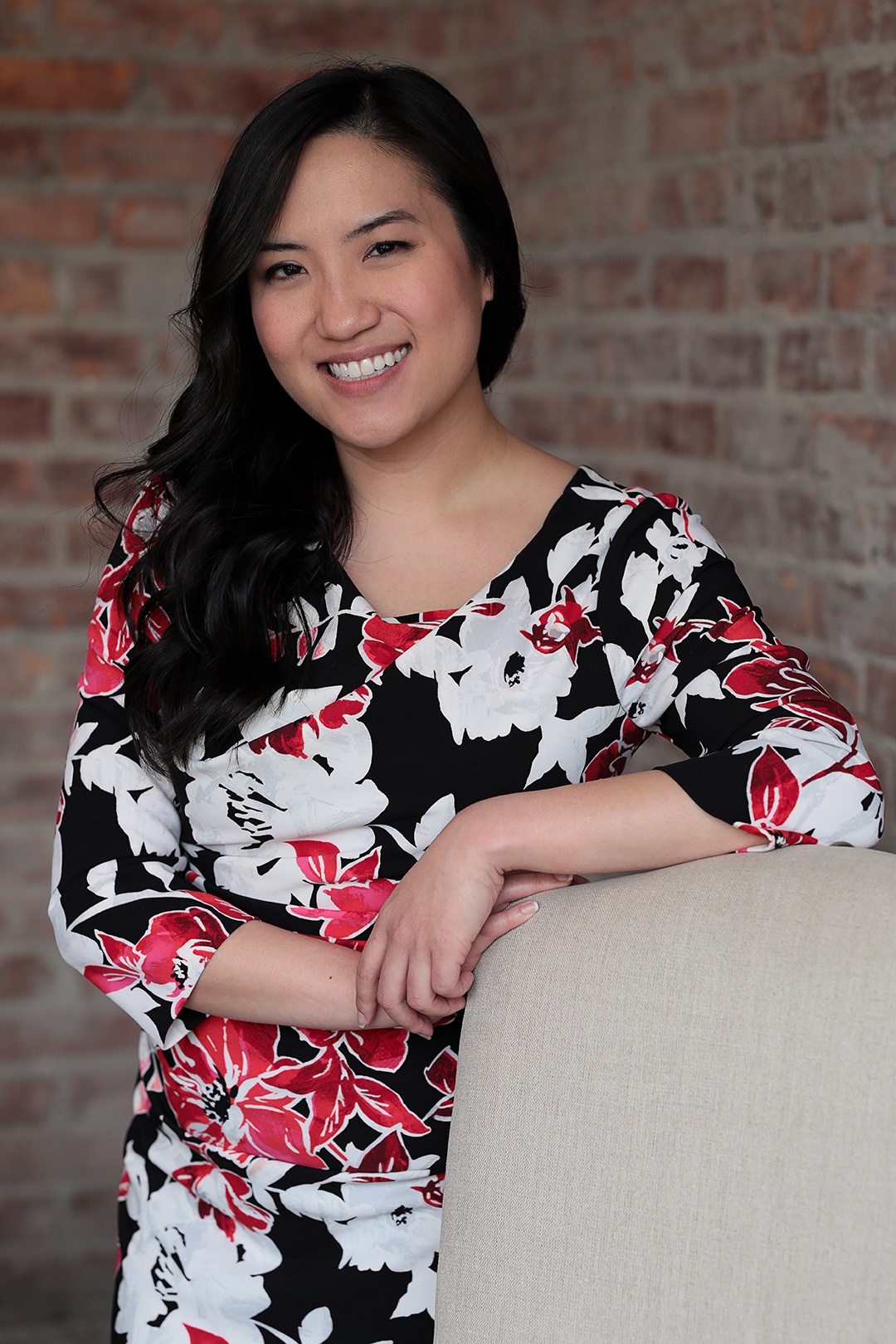 Felecia Kanney is a two-time Falcon, graduating from BGSU in 2008 with a Bachelor of Music in music education and again in 2013 with a Master of Business Administration. She currently works with the Toledo Symphony Orchestra as director of marketing.

After graduation in 2008, Kanney was hired at Fremont (Ohio) City Schools as an elementary music and strings teacher for beginning strings. She also had an interest in business, so she went back to BGSU for her master’s, while interning with the Toledo Symphony Orchestra. After graduating again, she landed a box office role and then moved into the education and community outreach departments within the orchestra. Later, Kanney was named director of marketing and has been in this role ever since, managing and maintaining the orchestra’s brand image in the community.

As director of marketing, Kanney conducts interviews with local media, prepares graphics for digital and print advertisements, manages her staff members and writes letters for season subscription holders and programs.

Kanney loves that BGSU is never far from home. She was able to reinvent herself in Bowling Green. Now, she comes back to the University regularly to catch up with professors and make lasting connections. She credits BGSU for teaching her that as a performer, you are always put on the spot and there is no hiding and the level of intensity teaches you to let go of the things that don’t matter.

Kanney’s advice for students is to find a mentor. Find those who have been through the exact same issues that you, as a student, are going through and learn from someone who has been there before.

“They might not have all the answers but they can give advice on how to think about things differently. Never stop learning,” Kanney said.