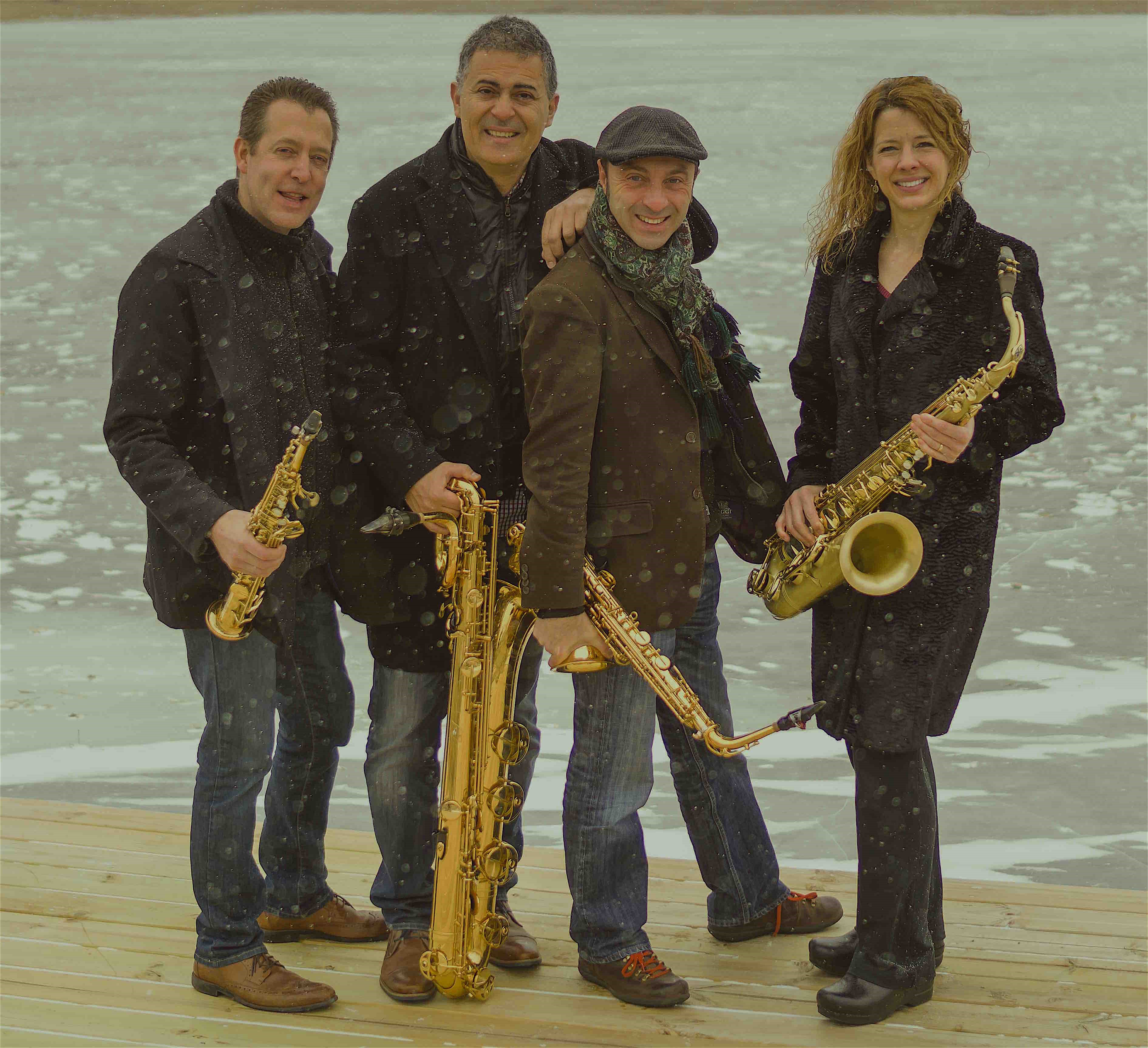 The Transcontinental Saxophone Quartet formed in 1993 at BGSU, under the supervision of John Sampen, distinguished artist professor of saxophone. Since then, the ensemble has traveled across the world on major tours and engagements. The original quartet won the 1995 Music Teachers National Association (MTNA) Collegiate Chamber Music Competition. Now, 24 years later, they return to headline the opening session of the MTNA conference on March 16, 2019 at 7:30 p.m. in Spokane, Washington.

Three of the original BGSU quartet members remain: Russell Peterson (soprano) is now professor of music at Concordia College, Marco Albonetti (alto) is a professor at the Conservatorio di Musica “Francesco Antonio Bonporti” in Trento, Italy, and Yiannis Miralis (baritone) is a professor at the European University of Cyprus. Rounding out the ensemble is Carrie Koffman (tenor), associate professor of music at the Hartt School of Music. All members are prolific soloists and maintain active performing careers.

Congratulations to the Transcontinental Saxophone Quartet for 26 years of success, and being selected for the headlining performance at the 2019 MTNA conference!

See the December/January issue of “American Music Teacher” (the official journal of MTNA) for a more detailed article about the Transcontinental Saxophone Quartet, by John Sampen. 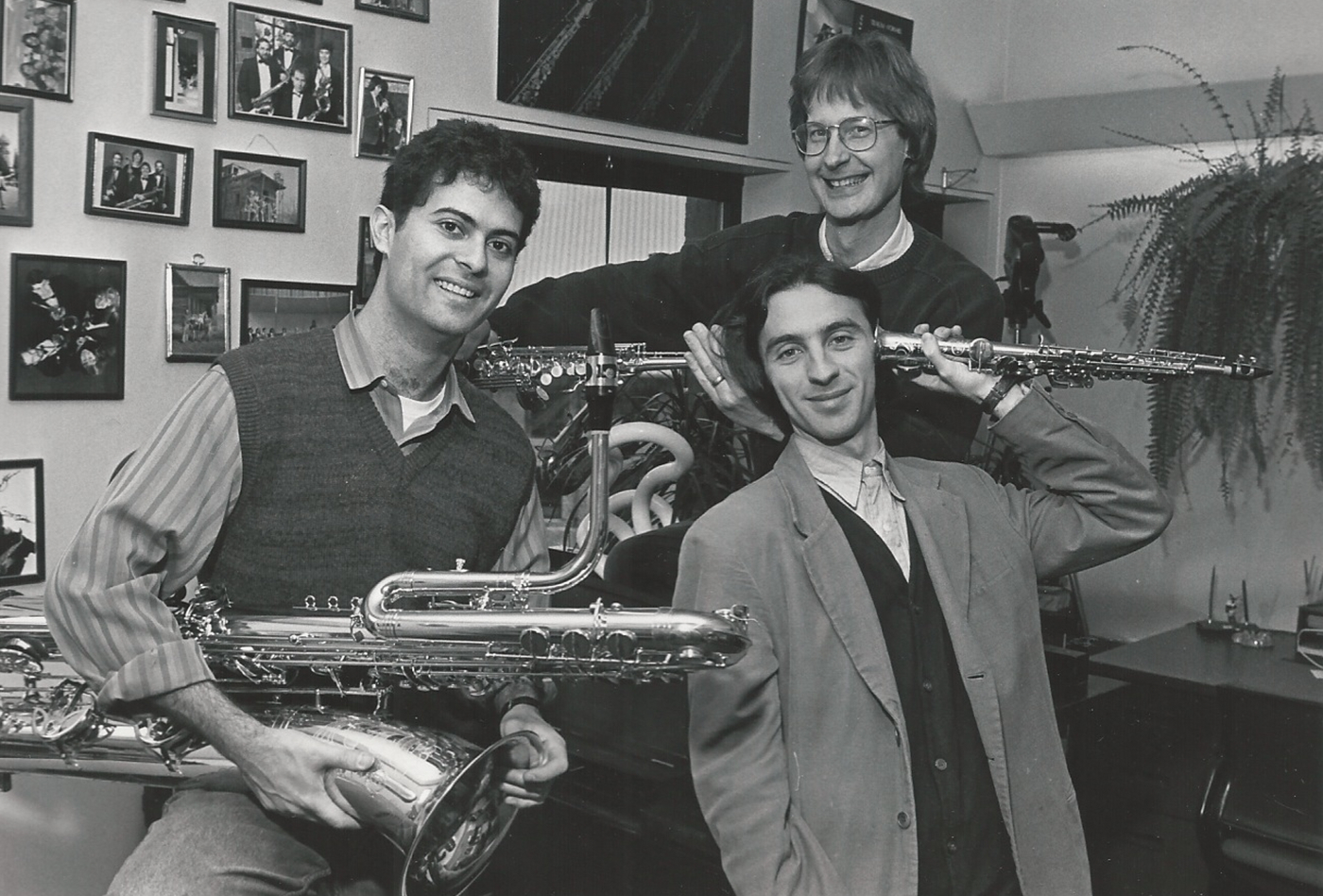