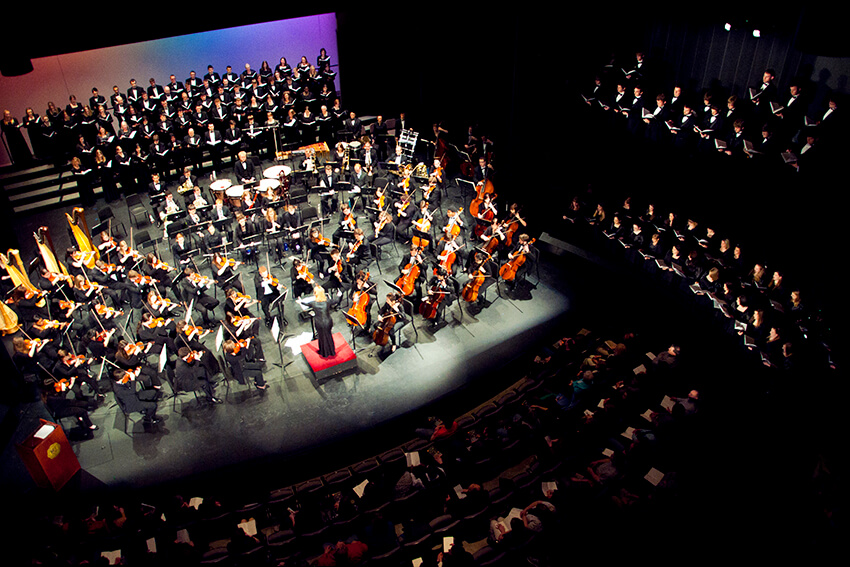 BG Philharmonia and combined choirs at the 2012 Opera Gala
Tweet

The BG Philharmonia, University Choral Society, A Cappella Choir, and Collegiate Chorale present Johannes Brahms' Ein Deutsches Requiem (A German Requiem) on Sunday, April 22 at 3 p.m. in Kobacker Hall. Tickets in advance are $7 for adults and $3 for students/children. Day-of prices are $10 for all tickets. Purchase online here.

Join us from 2-2:30 p.m. prior to the performance in Kobacker Hall for a pre-concert lecture, presented by Michael Moore. His talk will look at A German Requiem from the standpoint of Brahms’ personal background as well as the times in which he lived and worked. Political and cultural power were in upheaval throughout Europe, musical tastes were changing, a brisk battle between “classicism” and “romanticism” was underway, and artists on both sides of the Atlantic insisted on interpreting their own belief and faith, free of conventional restraints. The Requiem sought to reflect all this within an aesthetic framework that was universal yet deeply personal.

Michael Moore, Associate Professor of American History, Emeritus, founded and directed for 16 years Arts Unlimited, an interdisciplinary aesthetic education program in the schools. Developed in collaboration with Lincoln Center for the Arts in Education, "AU" offered summer teacher institutes, artists-in-residencies, and performances in art, music, theatre, and dance to over 31,000 students in more than 30 school districts in northwestern Ohio. It received several awards, including the Ohio Governor's Award in the Arts (1989).

For four years, Dr. Moore was chair of the Association of Institutes for Aesthetic Education, affiliated with Lincoln Center. He also lectured at teacher training institutes around the country and served as a program evaluator for the Ohio and Kentucky arts councils and in the development of arts education standards for the National Assessment for Educational Progress. His writings have appeared in several publications, including the American Choral Directors Association, and the Journal of Aesthetic Education. While in graduate school, he sang in the Cleveland Orchestra Chorus under Robert Shaw, where he came to know and love A German Requiem. 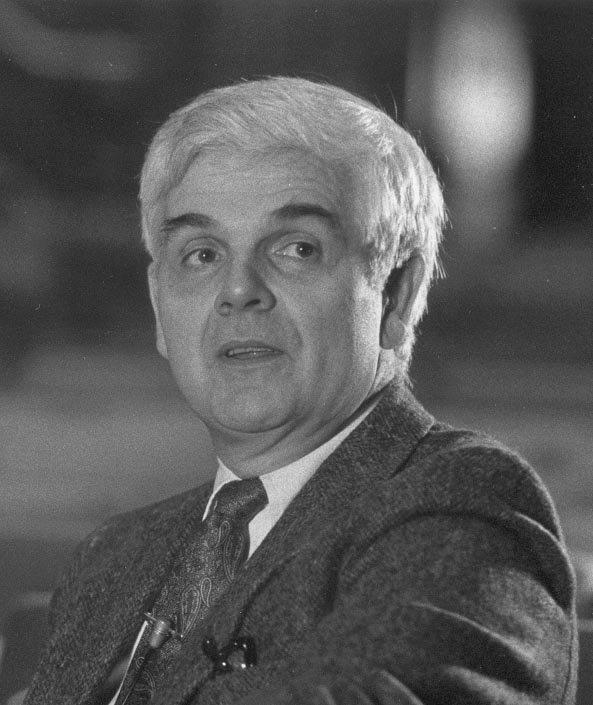