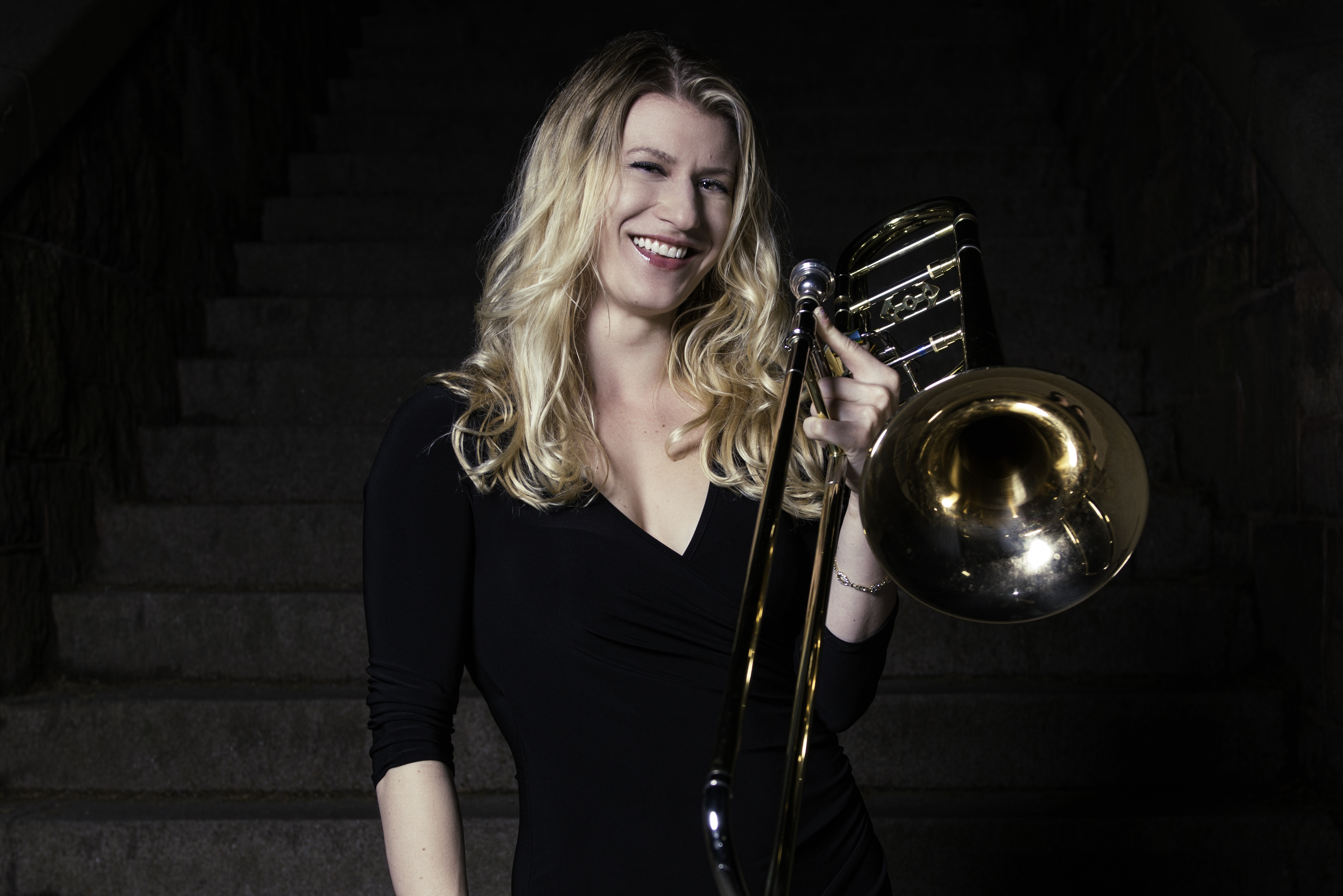 In June of this year, trombone professor Brittany Lasch was selected as a winner of the 2017 National Auditions by Astral Artists and invited to join their roster. On Tuesday, October 10, 2017 at 7:00 p.m. in the Perelman Theater of the Kimmel Center for the Performing Arts, Dr. Lasch will be performing as a soloist in a recital featuring the 2017 National Audition Winners. She will be performing Arthur Pryor's Blue Bells of Scotland and the first movement of the Ferdinand David Concertino with pianist Jason Wirth. Lasch is the first brass player to join their roster since founder & president Vera Wilson began Astral in 1992.