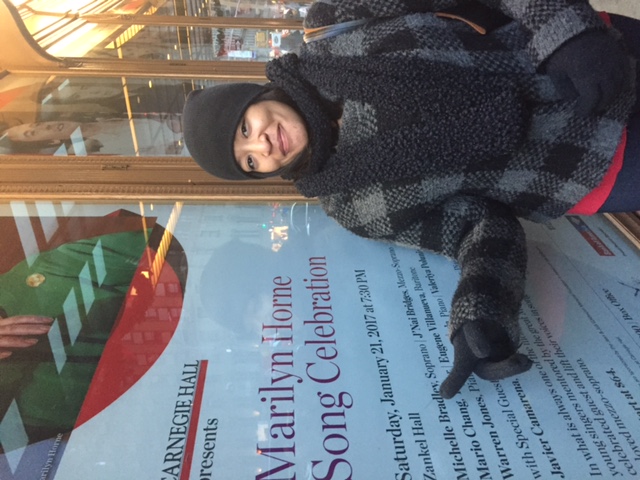 BGSU alumna Tammie Michelle Bradley sang a recital with the Lindemann Young Artists from the Metropolitan Opera at The Julliard School on December 15, 2016. On January 21, 2017 she will be singing on the Marilyn Horne Song Celebration concert at Carnegie Hall.

Tammie will also be making her debut with the Metropolitan Opera in March!

See what else she will be doing in the next few months.