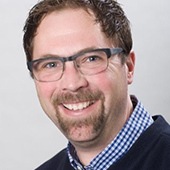 SciLine and the American Statistical Association recently cosponsored an event for journalists wanting to learn more about incorporating statistics, surveys and data into their reporting. As the November election nears, journalists will be increasingly relied upon to accurately characterize what the public thinks and feels about political candidates and policy issues. But opinion polls vary enormously in structure, style, methodology, and credibility. The mid-June briefing, captured the attention of reporters from across the country.

The panel discussed strengths and weaknesses of common types of opinion polls and surveys, how to interpret margins of error, uses of social media for surveying the public, and pitfalls and best practices for election coverage. The panel of experts provided concrete examples and advice, while answering questions.

Buskirk informed listeners of the importance of understanding survey methodology. The survey methodology needs to be carefully evaluated to draw the appropriate conclusions. Buskirk also indicated that it is very important to ask good questions to be informed.

Although many questions in surveys seem to be very similar, not all questions are the same. The wording of questions is very important and could affect the data reported. Other important things to consider include who was being surveyed or polled, target population, how respondents were identified, how the survey was conducted, how poll numbers and survey estimates were derived, how the error is being quantified, uncertainty in poll numbers, how many polls were included in the aggregation and what types of polls are included.

“Understanding how numbers are generated and sourced in the era of Big Data, whether from population based surveys or polls, or scraped from social media, is an important part of living in a data centric world.  But even more important than the numbers themselves is the meaning ascribed to them and how that meaning is communicated to a broader audience.  Helping journalists, researchers and students alike to properly convey context and meaning for these statistics is a passion of mine and this SciLine event was a great opportunity to talk shop!”

“We are very proud that Dr. Buskirk was chosen as a panelist for this briefing”, remarked Ray Braun ‘80, dean of the College of Business. “He is truly a thought leader on survey methodology and a valuable member of our faculty. “