Business students at BGSU have the benefit of learning from faculty who are world-renowned for their expertise. These dedicated faculty members share their insight and research with their students and have received recognition for their teaching excellence. 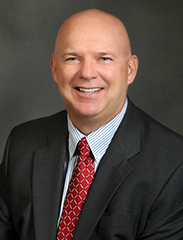 Dr. Dwayne Gremler, Professor of Marketing, has received some of the highest honors given by marketing organizations for his impact on the services marketing field and his teaching excellence.  He was named Outstanding Marketing Teacher by the Academy of Marketing Science, Master Teacher by the Marketing Management Association, and named a Fulbright Scholar where he served as a visiting professor at the University of Maastricht, The Netherlands. In addition, Dr. Gremler was recently presented the 2014 Christopher Lovelock Career Contributions Award given annually by the American Marketing Association’s Services Marketing Special Interest Group.  This is the highest award presented in the field of services marketing.

Now the marketing professor has been given one of the highest designations that Bowling Green State University can bestow upon a current faculty member - Distinguished Teaching Professor. The BGSU Board of Trustees conferred this prestigious title at its February meeting. The title is given to a faculty member who has demonstrated extraordinary achievements in teaching effectiveness.

Chair of the marketing department, Dr. Bob Wu, praises his colleague’s recognition. “This is indeed a great honor and recognition of his outstanding achievements as a teacher and scholar.”

Current and former students of Dr. Gremler have high praise for his teaching style and commitment to students. Rebecca Haag took his Servicescape Design course and is now taking Services Marketing with Dr. Gremler and states, “The first-hand knowledge that Dr. Gremler is able to provide to his students makes it easier to understand the material and trust what he was teaching us. Because of Dr. Gremler’s background in traveling and the research he has done in the field of marketing, I truly valued and trusted all of his thoughts and ideas. Class participation was a huge element of this class, [and] it shows how important our opinions are to Dr. Gremler and how much he values each of his students’ thoughts and ideas.”

She adds, “Dr. Gremler is honestly one of the best professors I have had over the past four years of my college career here at Bowling Green State University. I was excited to attend his class every day, and I really enjoyed the topics that he chose for us to discuss.”

Christopher Zeh took Servicescape Design from Dr. Gremler.  He, too, benefited from the professor’s teaching approach. “Upon finishing his class, I can say I have never gotten so much out of a class in my entire four years at BGSU.  Dr. Gremler teaches his classes in such a way that promotes a better understanding of the material through detailed class discussions where students become very involved and application of the material we are required to read through field trips and guest speakers.  Usually I do not get much out of classes that are longer than an hour because they lose my attention.  However, this class [met for] two hours...and every day I was excited to attend class because of the preparedness of Dr. Gremler and the knowledge he pushed onto us as students.”

Dr. Gremler joined the BGSU faculty in 2000 as an associate professor and became full professor in 2007.  Prior to BGSU, he served as an assistant professor at the University of Idaho and earned his Ph.D. and MBA, both with a marketing concentration, from Arizona State University.

As a teacher, he mentors and coaches his students and helps them succeed in competitions. Dr. Gremler was the faculty coach for the team of BGSU marketing students that captured the inaugural National Service Marketing Competition championship title in 2014. For many years, this BGSU professor has conducted service blueprint competitions as part of his services marketing classes. In 2014, the competition that Dr. Gremler conducted was expanded to include a company sponsor and judges from the business community.

Congratulations to Dr. Gremler on his latest recognition!