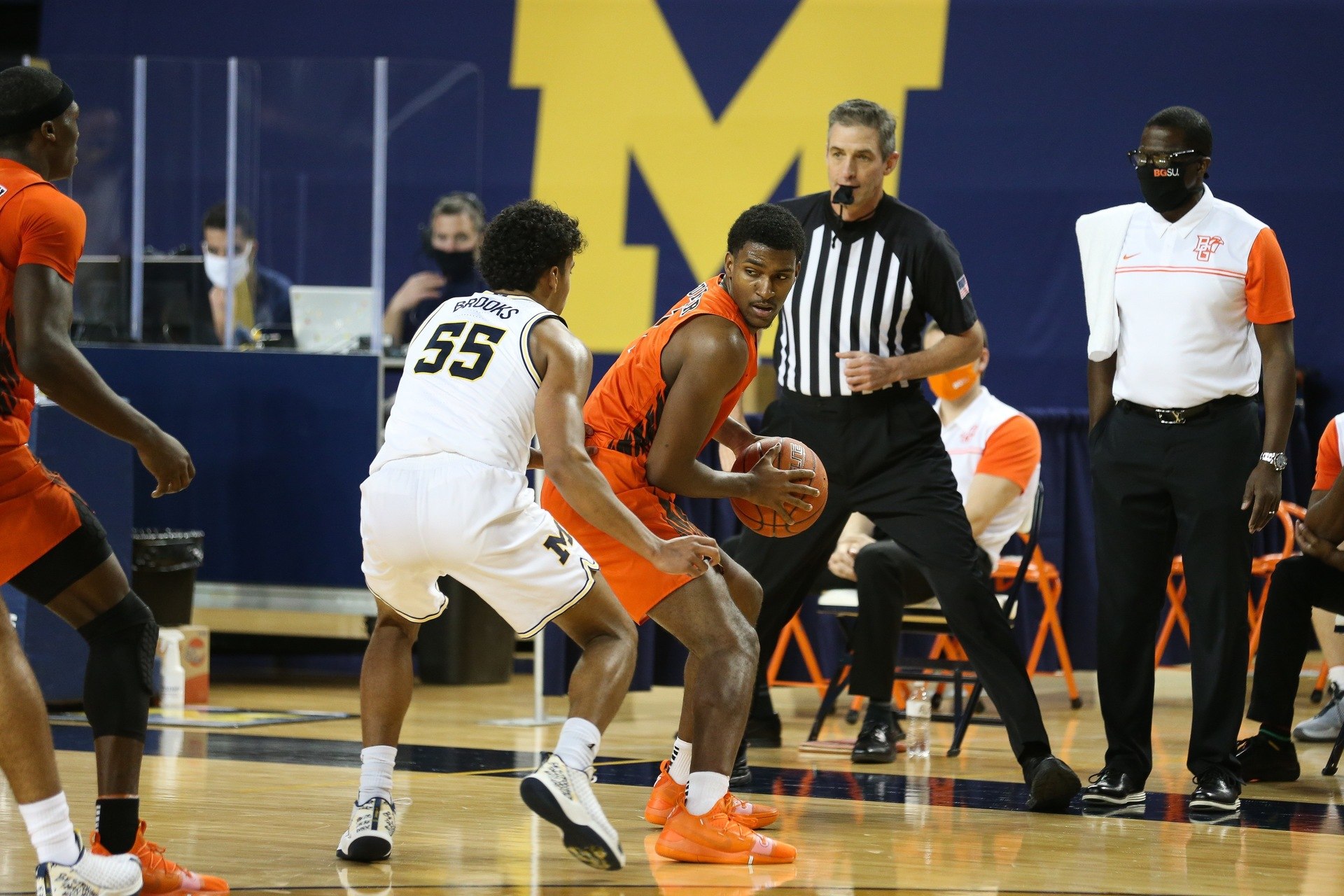 After a successful 2019-20 season, you didn’t get a chance to finish the year. Now your team is picked in the pre-season poll to win the MAC. What is the team’s mindset heading into 2020-21? 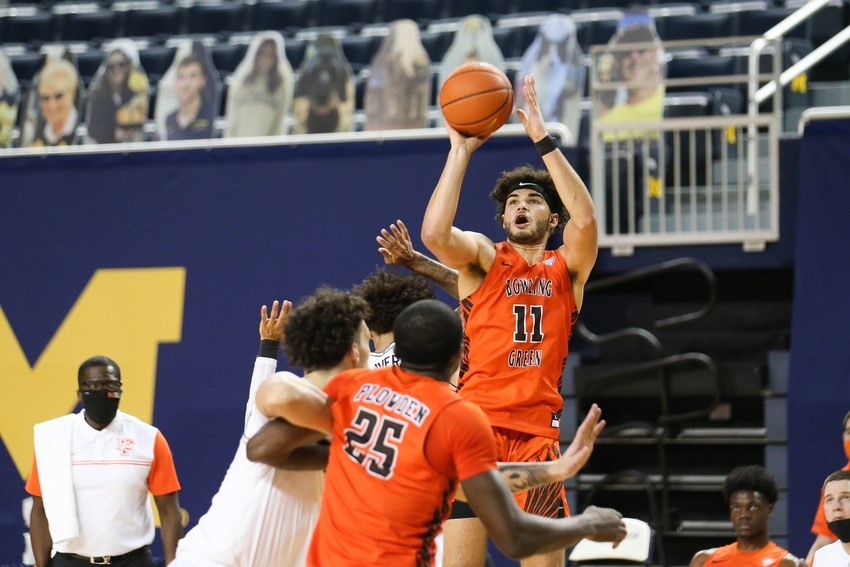 We were picked first last year, as well. It’s the same thing. We were the hunted all last year. We had an opportunity to win the regular season with three games to go, and we didn’t close the deal. Then we got shut down due to COVID-19, but we had an opportunity and that’s just what it is. I don’t feel there’s any added pressure. It’s a game that we have to go out and play. Each game and each opponent are different. That’s how we take it. Anybody can beat anyone on any given night. The year before, we were picked last and played in the MAC Championship Game. It doesn’t really matter where they pick you. You still have to go out there and play the game. You just try to prepare your team the best you can to win a championship, and that’s what I think we’ve done.

What were your thoughts when Justin Turner decided to come back for a fifth year at BGSU? 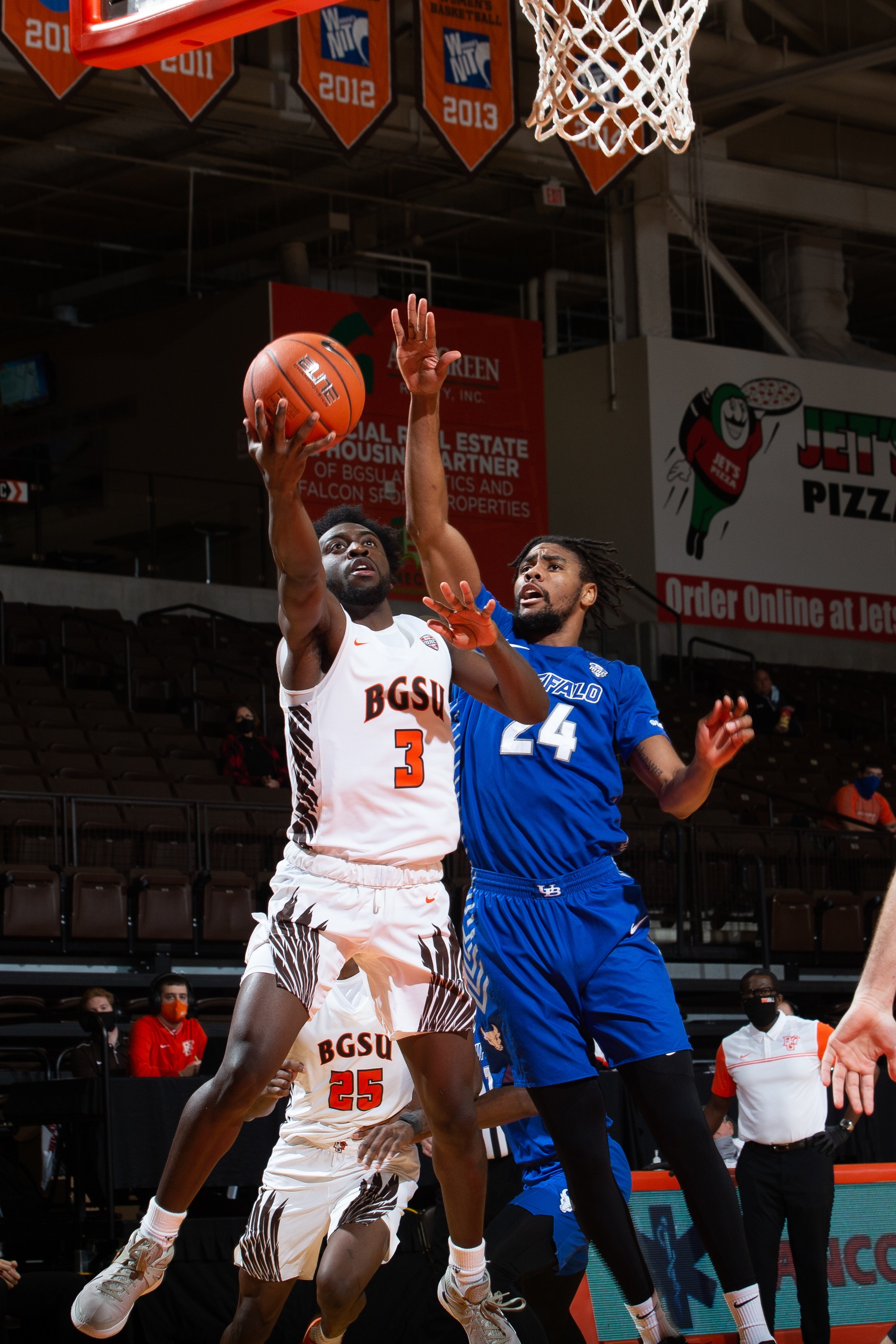 I am excited Justin decided to return to BGSU. He has helped build our program into a MAC contender and will have an opportunity to accomplish all of his personal and team goals during his final season as a Falcon. Justin is a first-class individual and handled this process with transparency and maturity. I can't wait to see all the great things Justin and our team will accomplish during the 2020-21 season.

You have two new coaches this year, Brandon Watkins and Steve Wright. What have they brought to the table so far?

First off, Coach Noon has stepped up tremendously. He’s done a fabulous job. Getting the new coaches in has brought a different vibe to practice. They’ve brought a different energy and new ideas. Brandon Watkins has brought some stuff to us that he used at Northern Illinois. There are things they’ve done at Cleveland State that Steve Wright is now bringing to us. Steve is one of our own, being a 2006 BGSU graduate. Those two guys have been fabulous with our team, so hopefully we won’t miss a beat.

How has the senior leadership of Justin Turner, Daeqwon Plowden & Trey Diggs benefited the newcomers?

I think you’ll be able to tell early on that the freshmen are going to play really well, and that’s due largely in part to the leadership that’s in place with our upperclassmen.

Those guys are our captains, along with Caleb Fields. They are the most experienced in coming back and what they bring as far as teaching the new guys. They pull them to the side and they talk to them about the plays. They’re always in the freshmen’s ears making sure they are staying confident and understanding everything that’s going on. I think you’ll be able to tell early on that the freshmen are going to play really well, and that’s due largely in part to the leadership that’s in place with our upperclassmen.

In your time at BGSU, your staff has developed multiple 1,000-point scorers and school record holders. You’ve made it known that you are excited about this freshmen class. What are your thoughts on the class as a whole?

We have a special group. It reminds me of the Dylan Frye and Justin Turner group when they came in and changed the program. These freshmen – they can take us to another level. I’m excited about Kaden Metheny, Cam Young and Josiah Fulcher. Jackson Watson is doing a great job for us as a walk-on, as well. These are high-character individuals that believe in our program and were attracted to our family values of Attitude, Commitment and Class. I’m excited about what this group can bring and how they will represent our University on and off the court.