Join us for the 50th Anniversary Game

Bowling Green State University Hockey will host the 50th Anniversary Game on Saturday, February 22, 2020, when the Falcons face WCHA rival Ferris State at the Slater Family Ice Arena. The puck drops at 7:07 p.m. as part of an event-filled weekend. 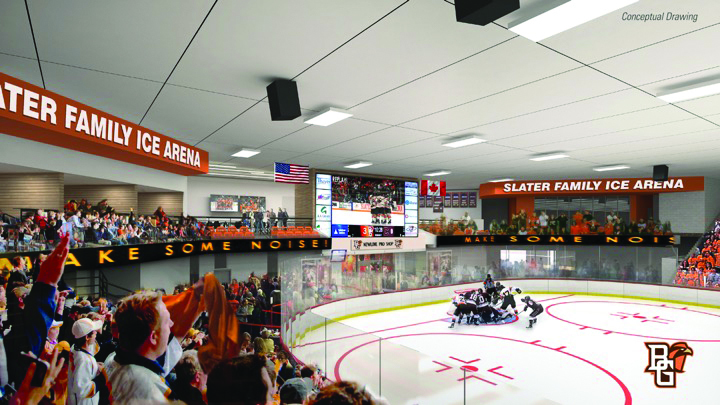 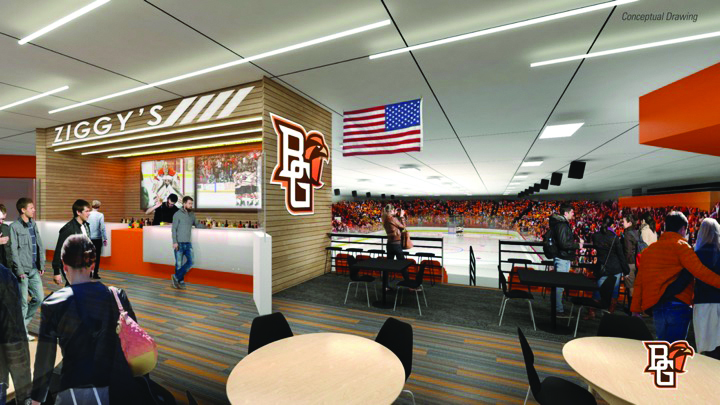 There was a time in the not-too-distant past when the proud Bowling Green hockey program, one of the few that has a national championship banner hanging in its ice house, was staggering.

But an energized fan base, devoted boosters, and a star-studded collection of former players passionate about supporting the place where their careers were anchored, would have none of that scenario.

They rallied behind the BG program, actively pushed efforts to return the Falcons to prominence, and helped put hockey at Bowling Green State University on a strong, positive trajectory once again.

That same loyal core will be an essential part of a 50th Anniversary game on February 22 — part of a weekend of celebrations that will provide a themed showcase for a renovation campaign to upgrade the home of Falcon Hockey. The festivities are expected to include special recognition ceremonies, video flashbacks to some of the greatest moments in Falcon Hockey, the return of some of the all-time greats, and a post-game social for fans and alumni.

New Falcon Hockey Head Coach Ty Eigner said that with five straight 20-win seasons and a return to the NCAA Tournament last season, BGSU Hockey is flexing its might once again.

“We’ve got a lot to be proud of. We needed to prove to people that Bowling Green was committed to hockey, and we’ve done that,” he said about the journey the program has taken. “I think we’ve shown people how important hockey is to this University, to the community and to our alumni. We are in a great spot to continue to grow and continue to invest in this program.”

The next steps in that incremental process are ambitious ones, but essential to the long-term success and stability of the hockey program, and to the mission of keeping Bowling Green competitive at the highest level of the sport.

Last spring, BGSU Director of Athletics Bob Moosbrugger outlined a $7.5 million renovation plan for the facility that has been the home of Falcon Hockey since its inception 50 years ago. Longtime booster Scott Slater had kick-started the effort earlier with a $2 million transformational gift, and that generous act was recognized with the University renaming the ice house as the Slater Family Ice Arena. Slater has subsequently committed an additional gift to name one of four available Founder Suites included in the current plan.

Work has been underway to line up additional major gifts and find naming sponsors for the addition of suites, along with a hospitality area that enhances the fan experience. One of the most significant upgrades in the renovation plan calls for closing in the south end of the arena. “We think enclosing the south end will make it look outstanding, give fans some modern amenities, and will create even more of a home ice advantage inside the Slater Family Ice Arena,” Moosbrugger said.

There are also plans to expand the locker rooms used by youth hockey programs, add a women’s locker room, upgrade the locker rooms for the Falcon and high school hockey teams, and install a champions exhibit and legends wall to showcase the proud history of BGSU Hockey. 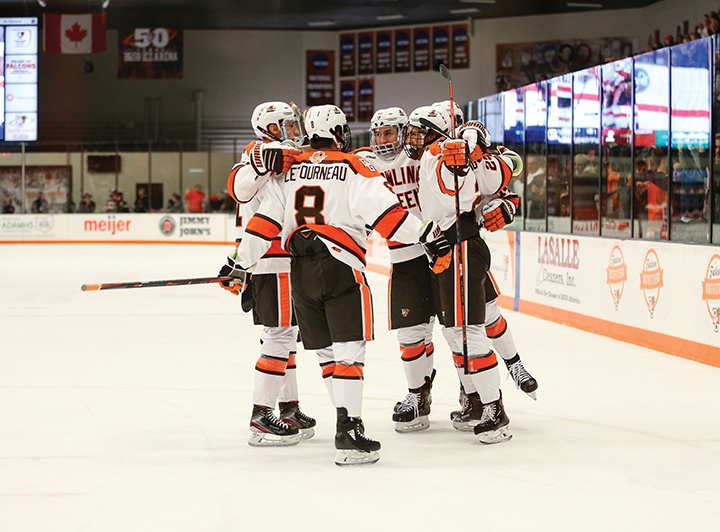 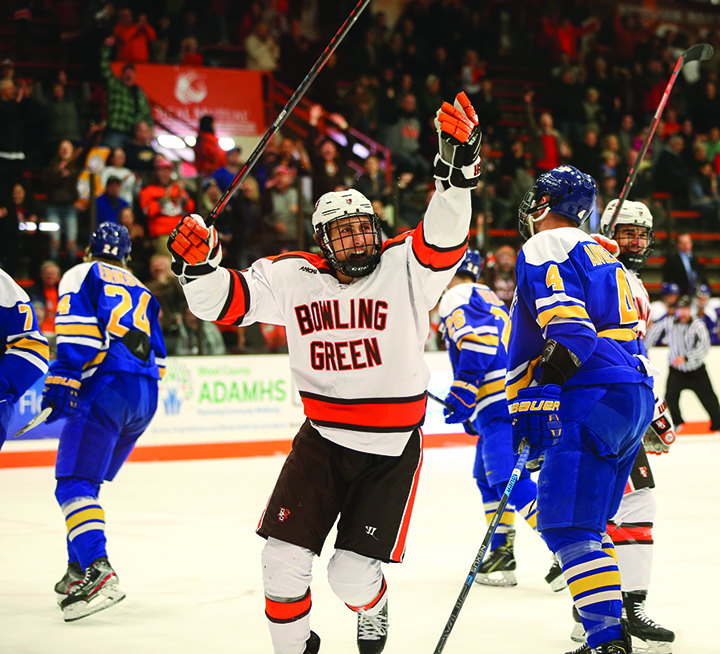 The net effect of this comprehensive renovation is sure to extend beyond the immediate impact on Falcon Hockey and other arena users. Given the Slater Family Ice Arena’s importance to the campus and local communities, it would not be an overstatement to point to the project’s positive impact on overall student, alumni and community engagement with BGSU.

In terms of Falcon Hockey, Slater said momentum is vital in this effort to continue to uplift the program on all levels, and he is anticipating a great turnout for the 50th Anniversary game that will energize the Falcon faithful to support the renovation project.

“We’re back in a good place and the respect people around the country have for our program is strong,” Slater said, “but we need to make a push to finish the job of upgrading the facility. It’s important for prospective players and the community to see that continued support.”

Eigner added that as the team continues to “raise the bar” in terms of its expectations for on-ice results, the renovation project is an essential part of that collective effort.

“Anyone who is invested and has a say in the future of this program, we need your help. We really do,” he said.

Associate Athletic Director for Development Dan Meyer said that the ice arena renovation campaign has secured several large gifts from donors and will receive significant additional financial support from the University, but the hockey program will rely on its fans and boosters to help fill the funding gap.

“This ice arena project has institutional support, but we’ll need dollars from private sources to help see this through to completion,” Moosbrugger said. “There’s a lot of nostalgia connected to the place, and we want to have it ready for the next 50 years.”