Throws team is one of the best in the country 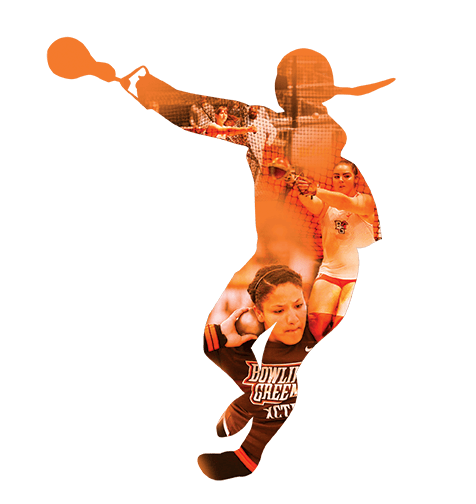 In the national ranking of each event in the country, Bowling Green ranks as just one of two schools to be among the top 15 nationally in shot put, hammer throw and discus.

In 2019, Bowling Green’s Track and Field program has added to the rich tradition of throwing success, continuing to build upon a recent history that has made BGSU one of the nation’s top places to compete in the hammer throw, shot put and discus.

Since Brooke Pleger first made an NCAA National Championship appearance in the hammer throw in 2013, Bowling Green’s throws team has been the elite program in the MAC and has brought national visibility. Pleger went on to earn third-place finishes at the NCAA Outdoor Track & Field National Championships in 2014 and 2015 and the flood of talented throwers began.

Following an injury that derailed her 2015 season, Aliyah Gustafson crashed onto the scene in 2016, winning the MAC Championship in the shot put. Since that time, she has earned six MAC titles (five in shot put and one in the weight throw during the indoor season) and has made four national championship appearances, earning first team All-American status with a seventh-place finish at the 2019 indoor national championships.

Gustafson leads the pack, but the program has impressive depth that promises to keep building in the future. Redshirt sophomore Kaila Butler won her first MAC Championship in May, dominating the conference in the hammer throw. Redshirt freshman Zaresha Neal placed among the top five in both the discus and the shot put in her first season of competition. Underclassmen such as freshman Ebonie Whitted and redshirt sophomore Daija Young continue to be consistent performers and MAC qualifiers.

At the 2019 outdoor MAC Championships, the BGSU Track and Field team scored 69 points, its highest total in 20 years. Of those 69 points, 39 came from the three throws events, including two MAC titles. Of the six qualifications to the NCAA regional meet, five came in shot put, hammer and discus. In the national ranking of each event in the country, Bowling Green ranks as just one of two schools to be among the top 15 nationally in each of those three throws. Over the past four years, 51 percent of the team’s scoring at the MAC Outdoor Championships has come from hammer, discus and shot put.