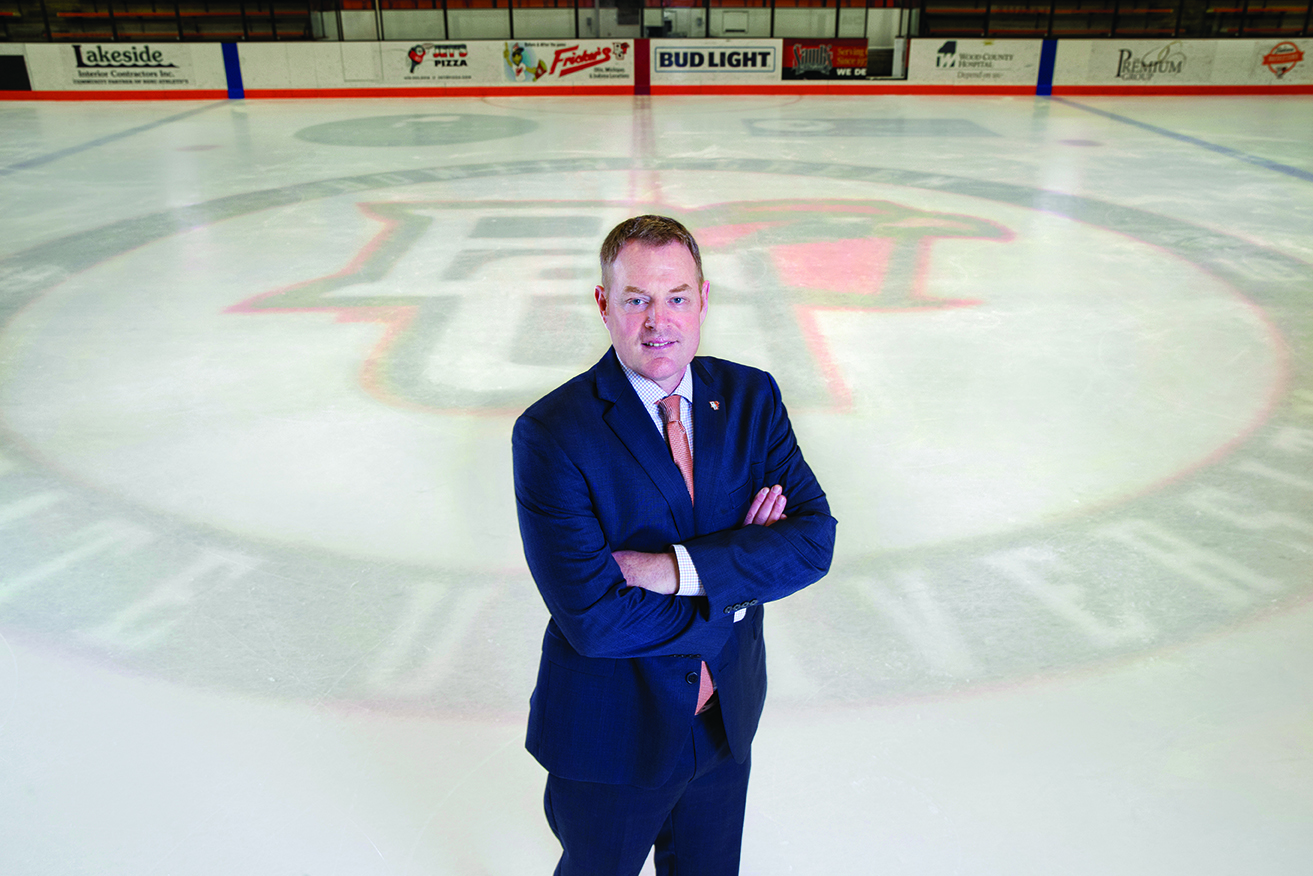 “I know the history, I’ve lived it, and I understand what this hockey program means to the community, to the former players, to everyone who is part of BG Hockey, and to the hockey world as a whole.” 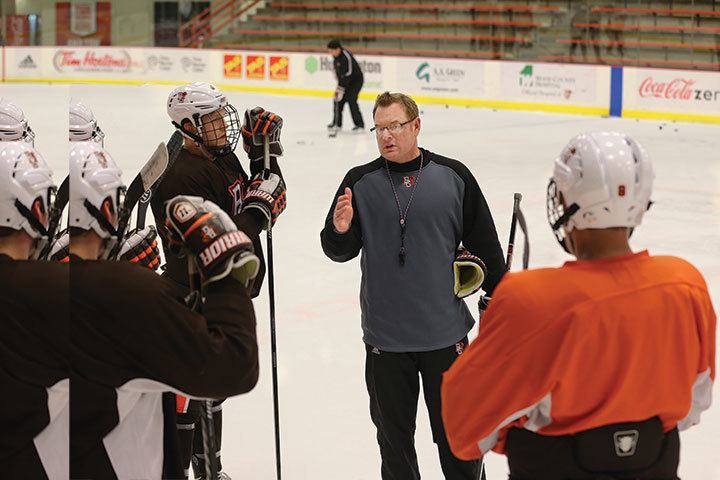 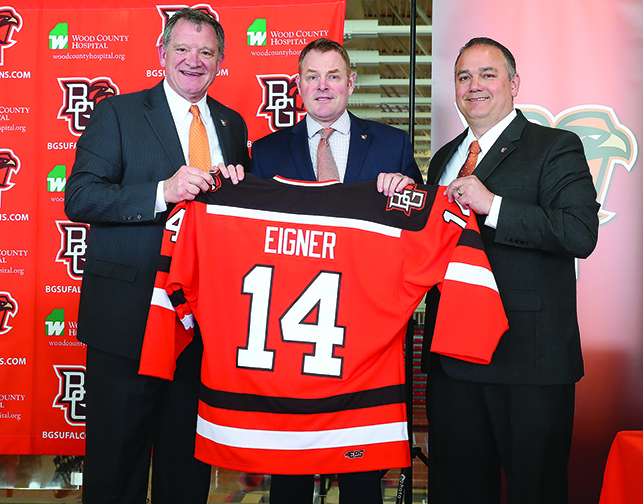 A family move to the state of Minnesota when he was eight years old informally introduced Ty Eigner to this fast, seemingly chaotic sport played on the ice with skates, sticks and a hard rubber disc. He went on to learn this game, excel as an amateur and collegiate player, do a stint in the pros, and then spend the entirety of his post-playing days immersed in hockey, primarily as a coach.

“Bowling Green took a chance on that kid,” Eigner said, recalling how he was recruited by former Falcon head coach Jerry York. In April, following his ninth season as an assistant on the BG staff, Eigner was named as the eighth head coach in BGSU Hockey history.

“For a former player and a hockey guy who just loves this place and everything this program stands for, I am both honored and humbled to have this opportunity,” said Eigner, who played in 123 games in his BG career, serving as team captain for the 1992-93 season.

As a youth in hockey-mad Minnesota, Eigner said he remembers watching the 1984 NCAA championship game, and rooting for Minnesota-Duluth, the team Bowling Green defeated 5-4 in quadruple overtime to win the national title.

A few years later, Eigner was wearing the brown and orange as a BG player. He said going to work at the Slater Family Ice Arena each day has been a thrill for that former Falcon, one who played a key role in the incremental turnaround that has everyone excited again about Falcon Hockey.

“I know the history, I’ve lived it, and I understand what this hockey program means to the community, to the former players, to everyone who is part of BG Hockey, and to the hockey world as a whole,” Eigner said. “You wear Bowling Green stuff on the road and it hits you — you are continually reminded of how big this is.”

During his time as a BG assistant, the Falcons went 171-154-44 on their march back to national prominence, with the current streak of six straight winning seasons, and five consecutive with more than 20 wins. Eigner pledged to devote endless energy to continuing that momentum.

“I’m a pretty simple guy and what I’m about is my family, my faith and my hockey team,” he said. “That’s what I do and that’s who I am. And no one cares more about Bowling Green Hockey than I do.”