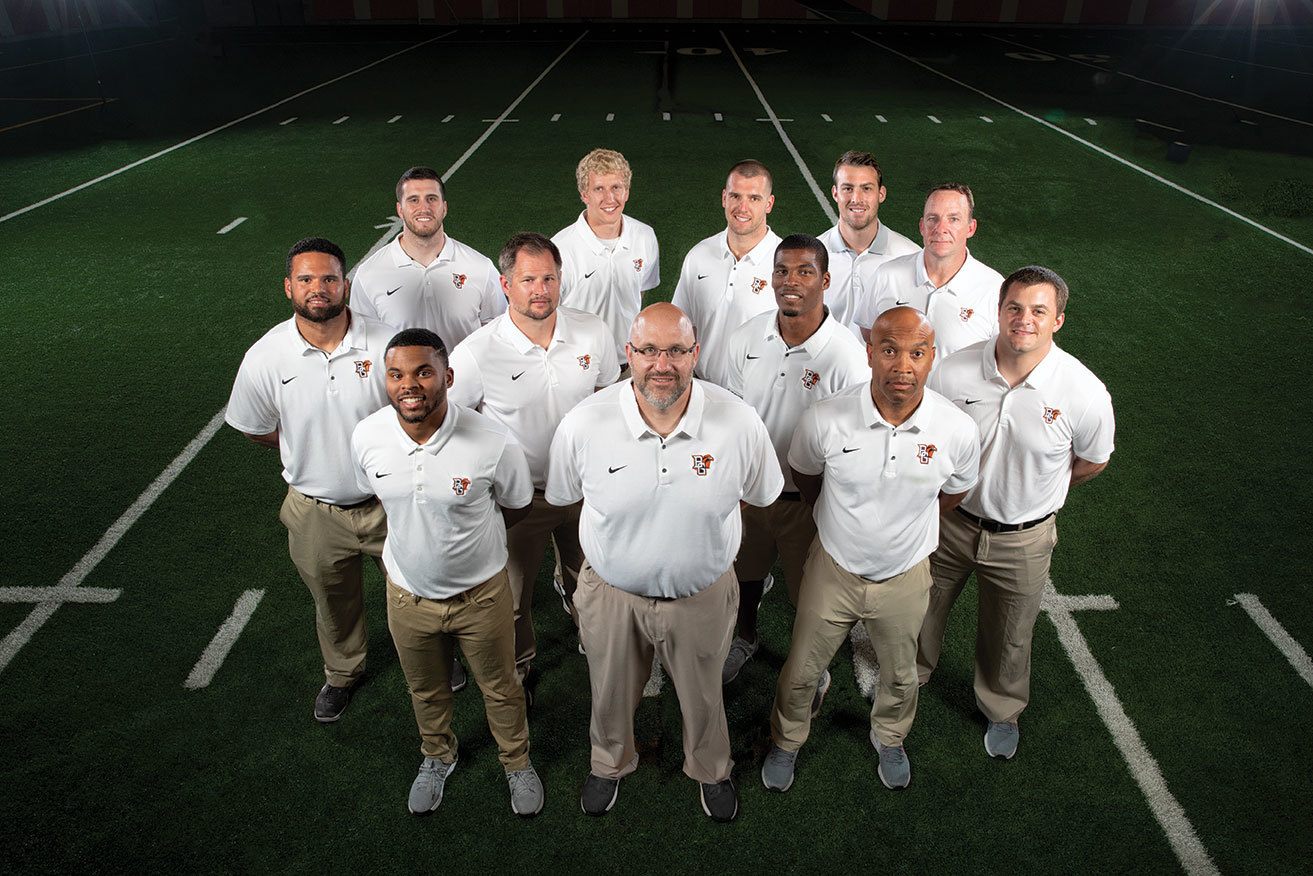 When Scot Loeffler was offered the BG head coaching job, he didn’t sit down and start considering whom he might want on his staff. Instead, he had long been developing his ‘dream team’ in anticipation of the eventual opportunity to lead a Division I program.

“I had a list I was putting together over the years, and the majority of the people on that list I had worked with, or worked for,” Loeffler said. “I’m very pleased that I was able to hire many of them. I walk into our staff room and I know those people.”

Loeffler placed a premium on experience with many of his hires, a theme that is evident with veterans Terry Malone and Brian VanGorder as his coordinators, and associate head coach Steve Morrison, who will coach the BG linebackers.

Morrison, an All-Big Ten linebacker at Michigan who played in the NFL, has coached at Syracuse, Eastern Michigan and Western Michigan. Running backs coach Chris Hedden has two decades of coaching experience and a background in the MAC, including eight years at Toledo and a season with Akron. Most recently, he was the offensive coordinator at Trine University and part of two undefeated regular seasons there.

Erik Campbell, a former Michigan defensive back, has 30 years of coaching experience at Delaware, Navy, Syracuse, Ball State, Iowa, Michigan and the CFL. Campbell was part of the 1997 national championship at Michigan.

Secondary coach LaMarcus Hicks has been with the Falcons since early 2018 and previously served at Jackson State, North Texas, Concordia and Rhodes College. Hicks played at Iowa State and then played two seasons with the Detroit Lions, one of those while Loeffler was the quarterbacks coach with Detroit.

Quarterbacks coach Max Warner worked with Loeffler at Virginia Tech, coached at Fort Hays State, North Carolina Wesleyan and Lakeland College, and most recently led the powerhouse Florida high school program at Bloomingdale. Jacob Schoonover, who previously coached at Illinois State and Illinois Wesleyan and was on the BG staff for the 2018 season, will coach the safeties and be special teams coordinator under Loeffler.

One of the youngest members of the staff is defensive line coach Julian Campenni, who served as a graduate assistant at Boston College the past two years. Louie Addazio, a graduate assistant at Ohio State the past two years, will coach the BG tight ends, while Olivia Passy, a 2018 Boston College graduate who worked as an operations assistant with the BC Eagles football team, is Bowling Green’s new director of football operations.