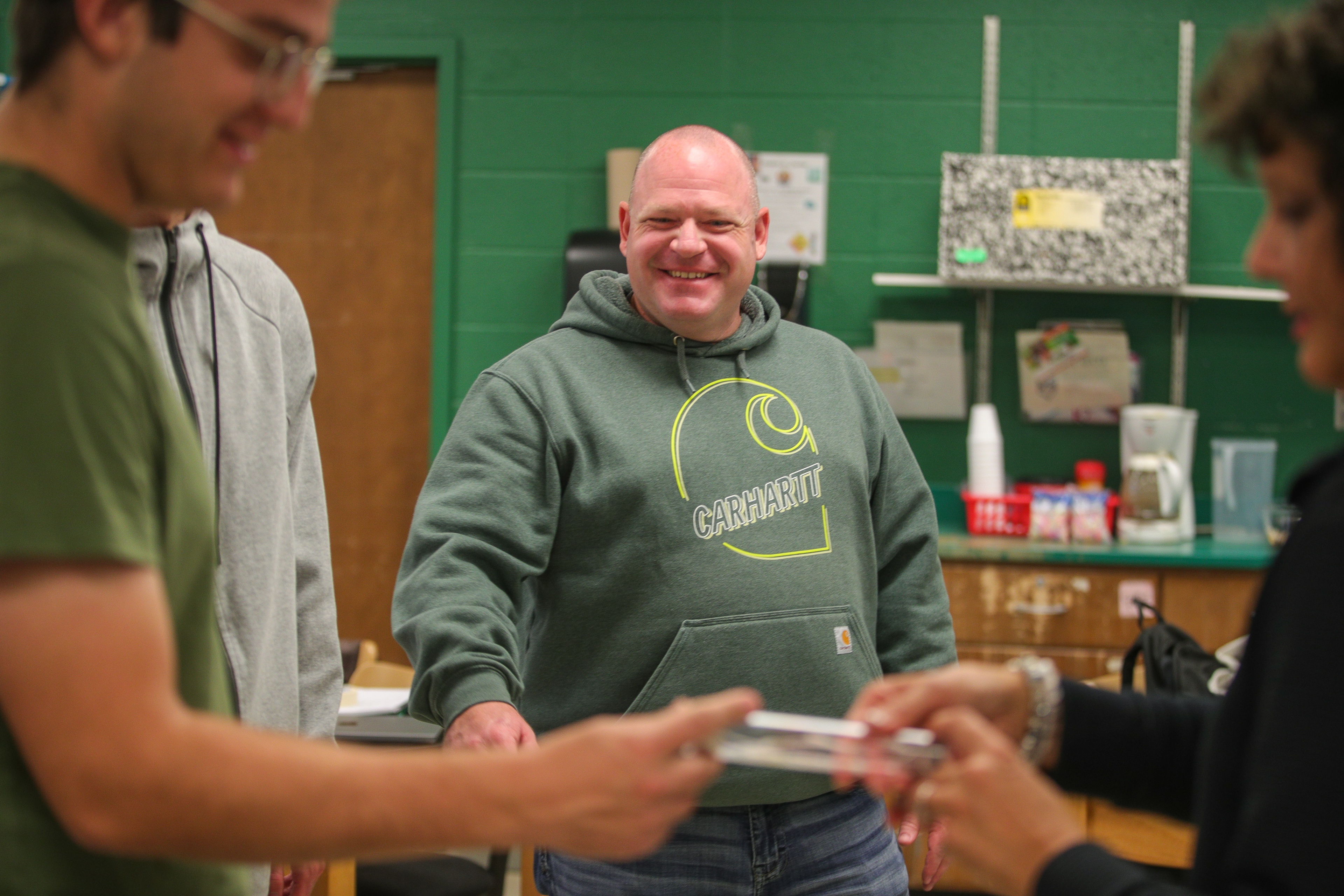 Bowling Green State University education major Jason Kaylor says the resources and support he's received through the Nontraditional and Military Student Services (NTMSS) as a U.S. Army veteran have been critical to his success.

University has long been recognized for its support of veterans

On the northwest side of the Bowling Green State University campus sits an unassuming one-story brick building that many students may not even know exists.

But to active military students or veterans like Jason Kaylor, the Nontraditional and Military Student Services (NTMSS) offices inside offer a crucial network of resources and support.

Kaylor, a U.S. Army veteran, enrolled at BGSU in 2017 to pursue a bachelor’s degree in education. He was a father of four, and he and his wife had recently welcomed two foster children into their home, an environment not particularly conducive to studying or doing homework.

“I didn’t have a place to sit down and focus on anything at home,” he said. “Then I realized there’s this office on campus off the beaten path, and there are older and military students there. It’s quiet and secluded, and I thought, ‘This could be good.’”

Kaylor began spending all his time between classes in the study room at the NTMSS offices. He was there so frequently he eventually started working as a math tutor at the office - a role he has held since Fall 2018. 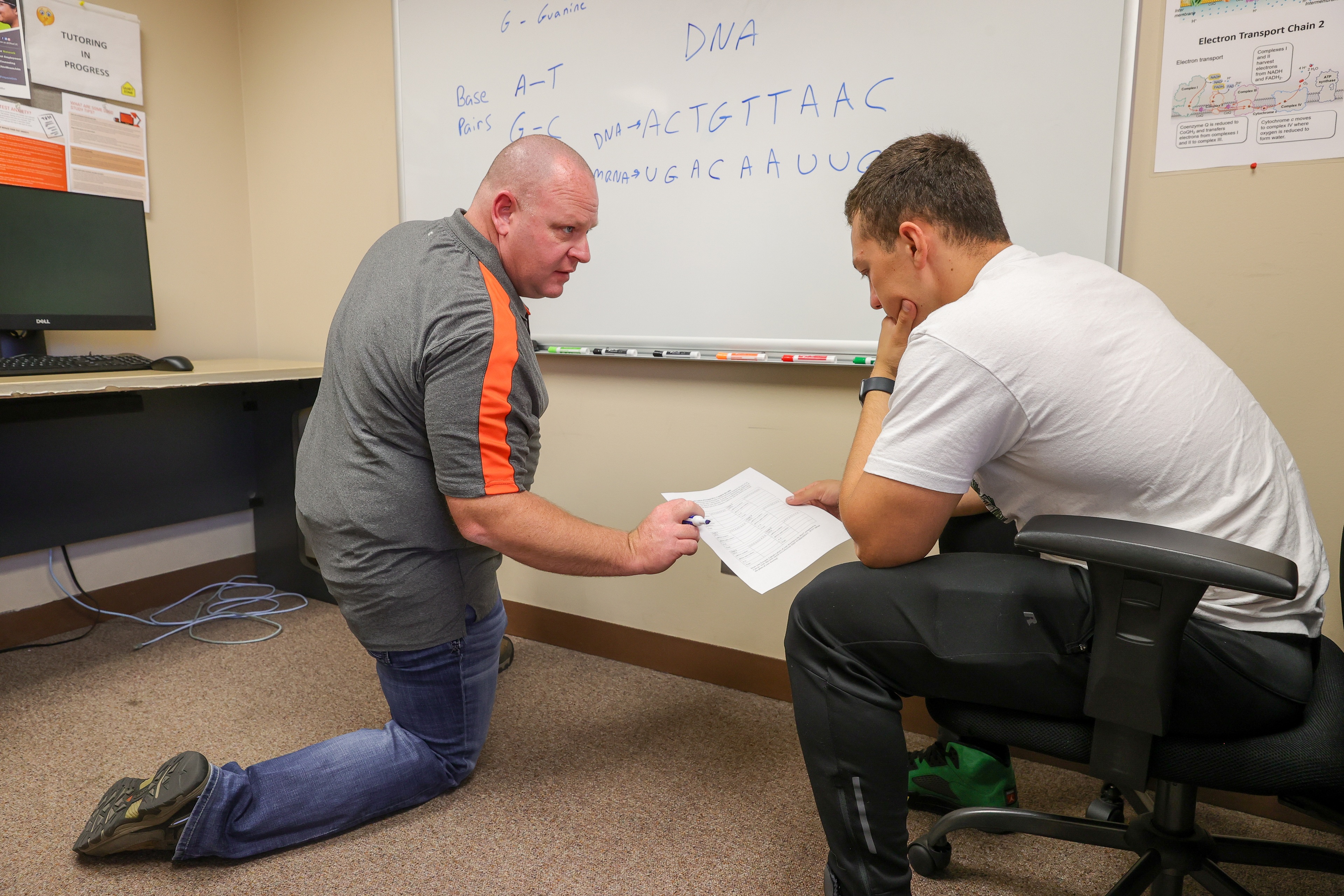 U.S. Army veteran Jason Kaylor works as a tutor in the Nontraditional and Military Student Services (NTMSS) office at BGSU.

Kaylor began his methods classes this fall, which will be followed by student teaching at Sylvania Southview High School near Toledo. He is on track to graduate in Spring 2023 with a Bachelor of Science in Education.

“I don’t think I would be where I am without that office,” Kaylor said, pausing to collect himself. “It gets me choked up talking about it. I would go to that office every day from sun up to sun down during those first few semesters. It’s been very important to my success.” 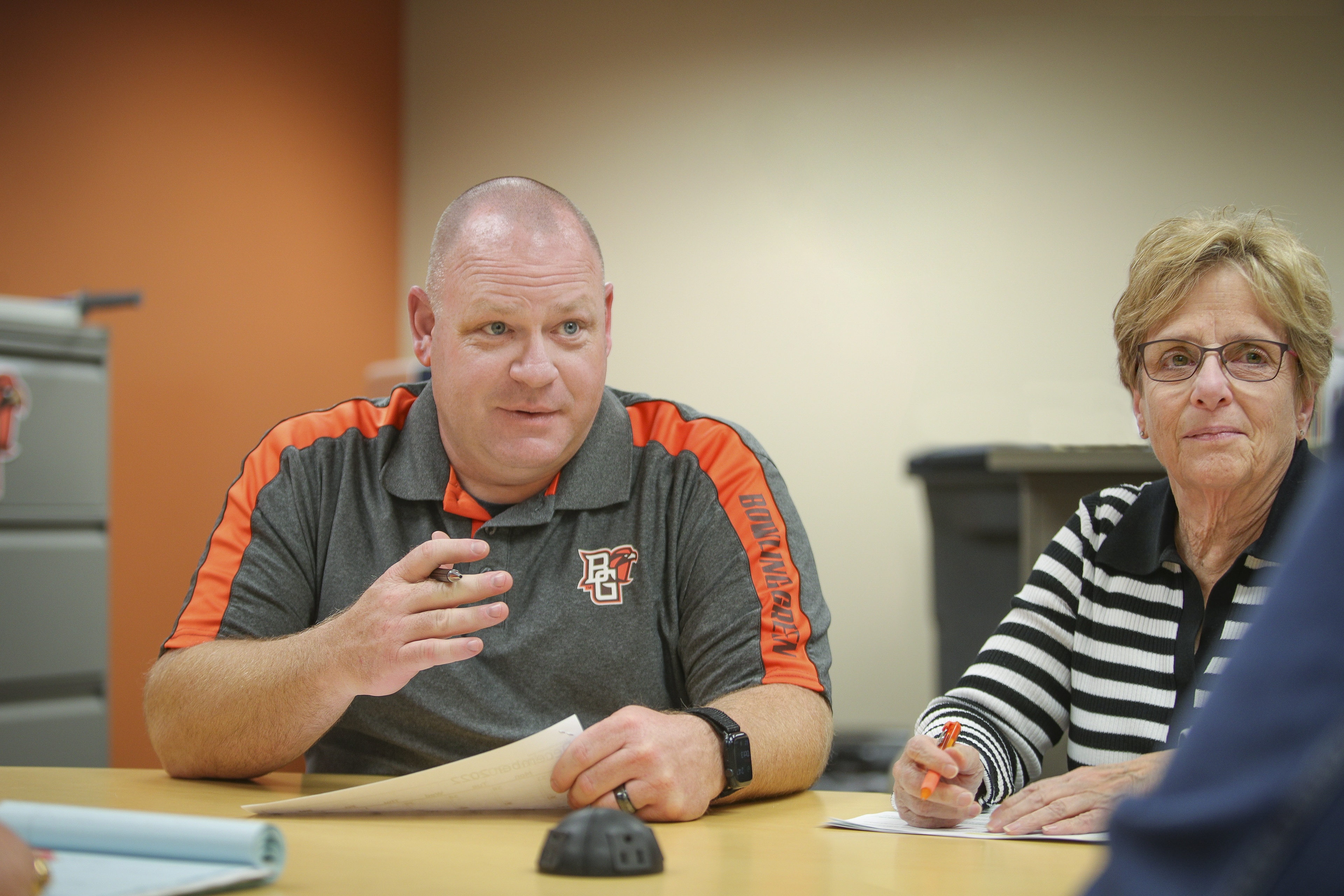 U.S. Army veteran Jason Kaylor is grateful to BGSU, known nationally for its support of veterans and active military students.

In addition to offering students a quiet place to study or do homework, NTMSS provides one-on-one counseling, peer support and connections with outside organizations like the Department of Veterans Affairs and Student Veterans of America.

BGSU also was designated a Collegiate Purple Star campus by Ohio Gov. Mike DeWine and Ohio Department of Higher Education Chancellor Randy Gardner for its efforts to support students with military backgrounds. The University was among the first group of 33 Ohio colleges and universities to receive the distinction.

Vladyslav “Vlad” Kernyakevych, a member of the Ohio Air National Guard, said NTMSS staff have been integral in keeping him on track as he transitions between being a full-time student and serving in the military. He’s been deployed three times since enrolling at BGSU in 2017 to pursue a bachelor’s degree in aviation studies.

“They’re always there and ready to help,” Kernyakevych said. “If you have any issue, it seems like you can go to them, and they’ll have it solved in minutes.”