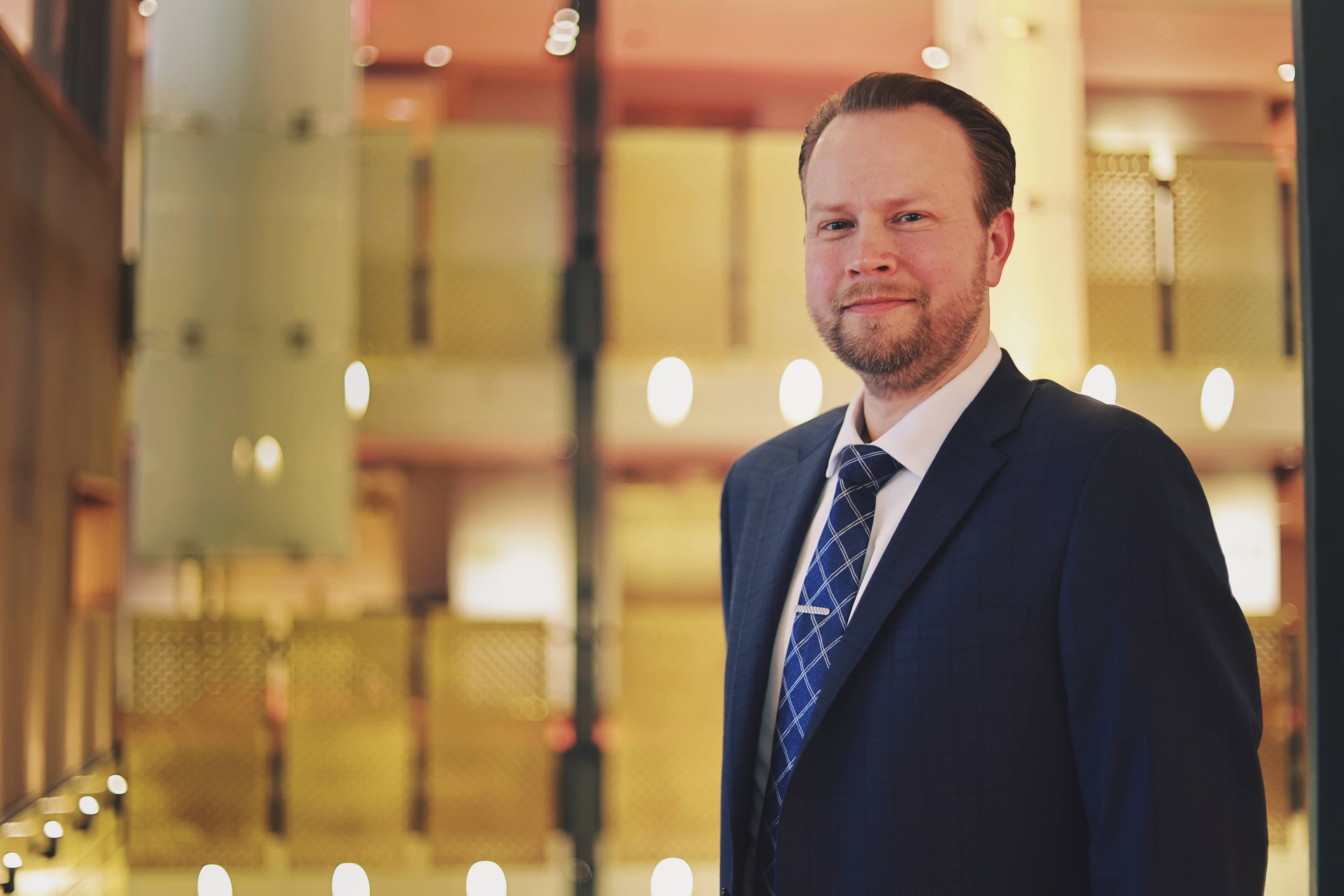 A leader in music: A conversation with alumnus and Detroit Symphony Orchestra CEO Erik Rönmark

Erik Rönmark ’01 was a long way from home when he discovered the College of Musical Arts at Bowling Green State University.

A native of Sweden, Rönmark was studying to be a saxophonist as an undergraduate student in South Dakota when a professor recommended that he talk to some BGSU students while at a competition in Belgium. This led to his decision to pursue a master's degree from BGSU.

“The audition was very competitive,” he said. “It seemed like a friendly town, and I really liked the school. It was great to be able to study with such a dedicated group of musicians.”

While pursuing a Master of Music at BGSU, Rönmark had the opportunity to study with renowned concert saxophonist and educator Dr. John Sampen.

“It was a very formative experience,” he said. “Undergraduate school is filled with so many different courses, and you are still figuring out what you want to do with your life. Working on my master’s degree at BGSU was a time to explore what I wanted to do with a career in music. It was a very intense way of studying and preparation, but the people were always talking about music and the arts."

Following his experience at Bowling Green, Rönmark continued his education with a Doctor of Musical Arts degree from the University of Michigan.

It was landing a job in the music library of the Detroit Symphony Orchestra that opened the door to another career in music.

“There literally was a door that opened next to the library into the administration office,” he said. “I really wasn’t even aware of arts administration, and how much work goes on behind the scenes to make an organization like this work. What I found is that there are a lot of different ways a degree in music can open doors to worlds other than performing or teaching.”

Prior to his role as president and CEO with the DSO, Rönmark served as general manager and vice president, and was the key player in hiring Jader Bignamini, the current music director. With his appointment in December 2021 as president and CEO, he hopes to continue the long traditions of the orchestra but also expand how the community connects with it.

“The DSO is the fourth-oldest orchestra in the country,” he said. “Orchestras have a unique role to play as part of the arts system of a city. For me, that role is about engaging the community so that everyone understands the value of what we bring and has a chance to experience what an orchestra is. I want everyone to know about the great work we do and how amazing our musicians are on stage.

“My vision is that we are reflective of the community, and that isn’t a cookie-cutter formula,” he said. “Of course, we want to have the greatest performers and play music that has been with us for hundreds of years, but we also want to champion works by living and diverse composers in a way that resonates with the city.”

Rönmark said having access to a variety of art opportunities, including museums and opera as well as the symphony, are what bring many people to the city and encourage them to stay.

“Detroit is a large city, and I want everyone to be proud of the arts and culture we have here,” Rönmark continued. “During the COVID-19 pandemic, we were able to continue playing virtually for our community. In a world where people are so stressed, it was a way to showcase how arts and culture can provide hope in uncertain times.”

Now at the helm of the DSO, he sees his time at BGSU as an important part of his journey to leadership in music and cultural vitality for the communities he serves.

“BGSU was the perfect place for me to be at that time," he said. "Everyone was supportive of each other, and the college felt like a big family where everyone wants you to succeed. Having teachers that asked the right questions to help you think about other avenues, and the scholarship support to attend competitions, were invaluable. There were lots of opportunities for success.”