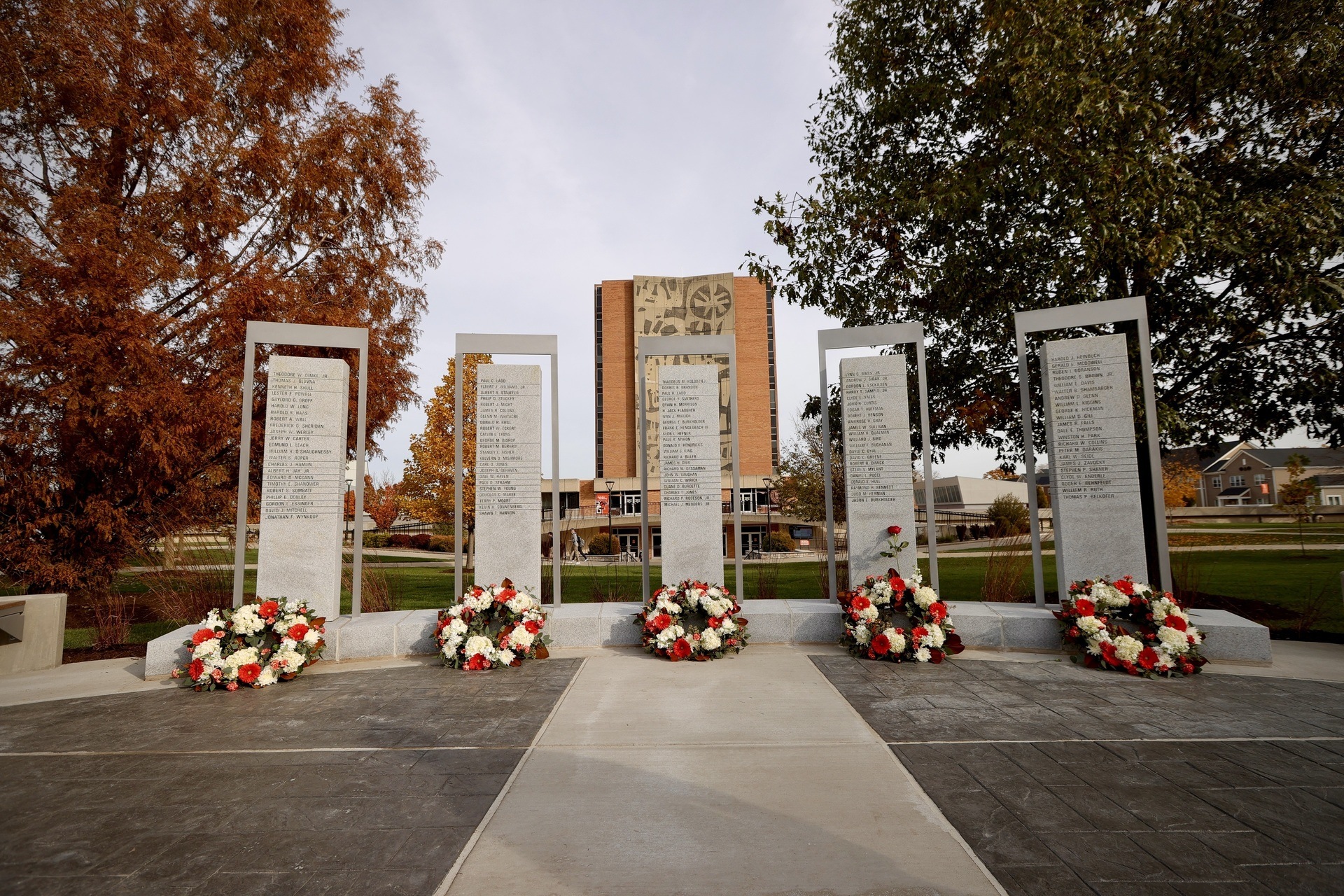 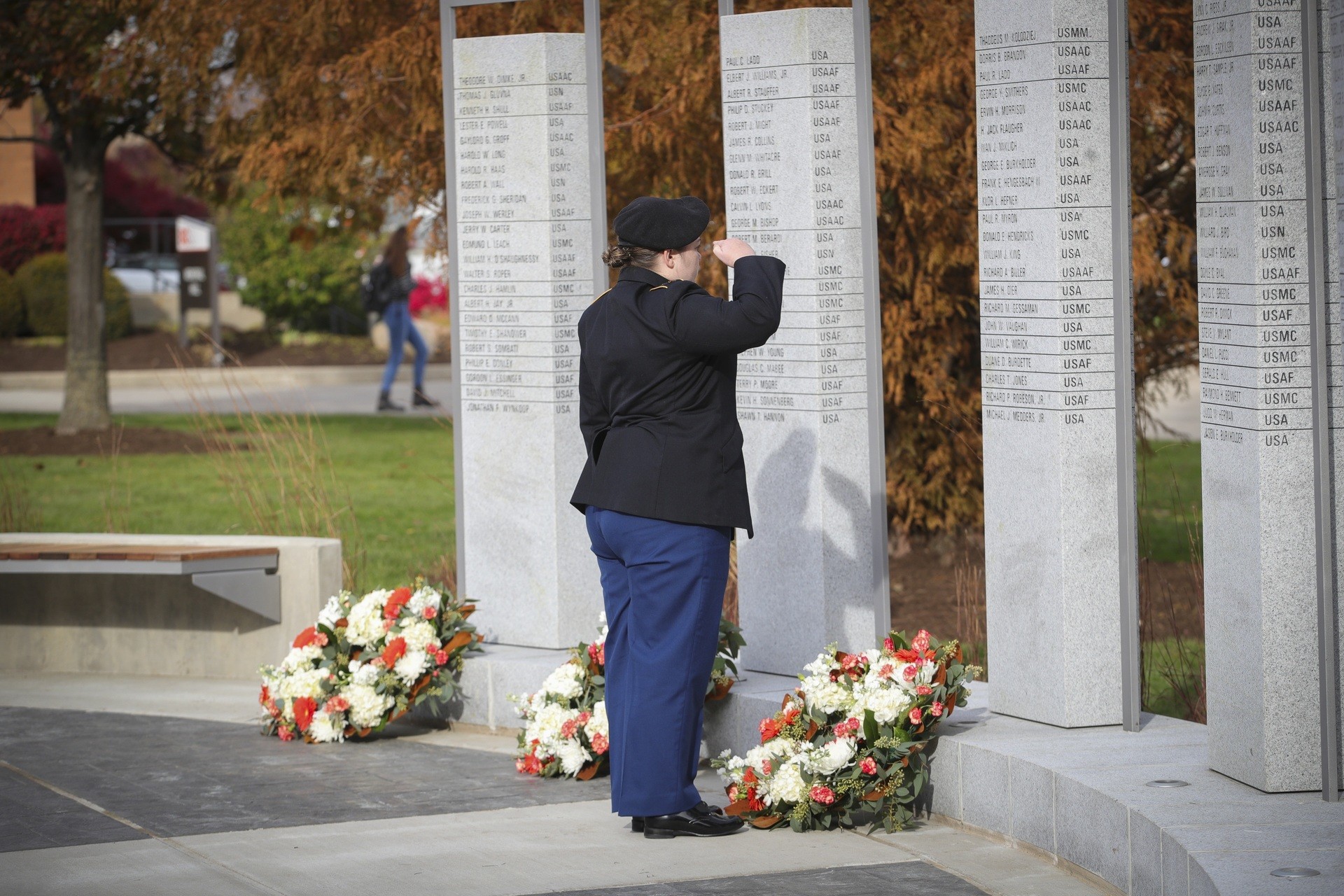 Every year, on the 11th day of the 11th month of the year — in a nod to the end of World War I — the United States takes time to honor those who have served in the nation's Armed Forces with Veterans Day.

In addition to that traditional remembrance, this year, Bowling Green State University has a new memorial in Carillon Park where people can pause and reflect on the selfless service of those in the U.S. Armed Forces on any day of the year. 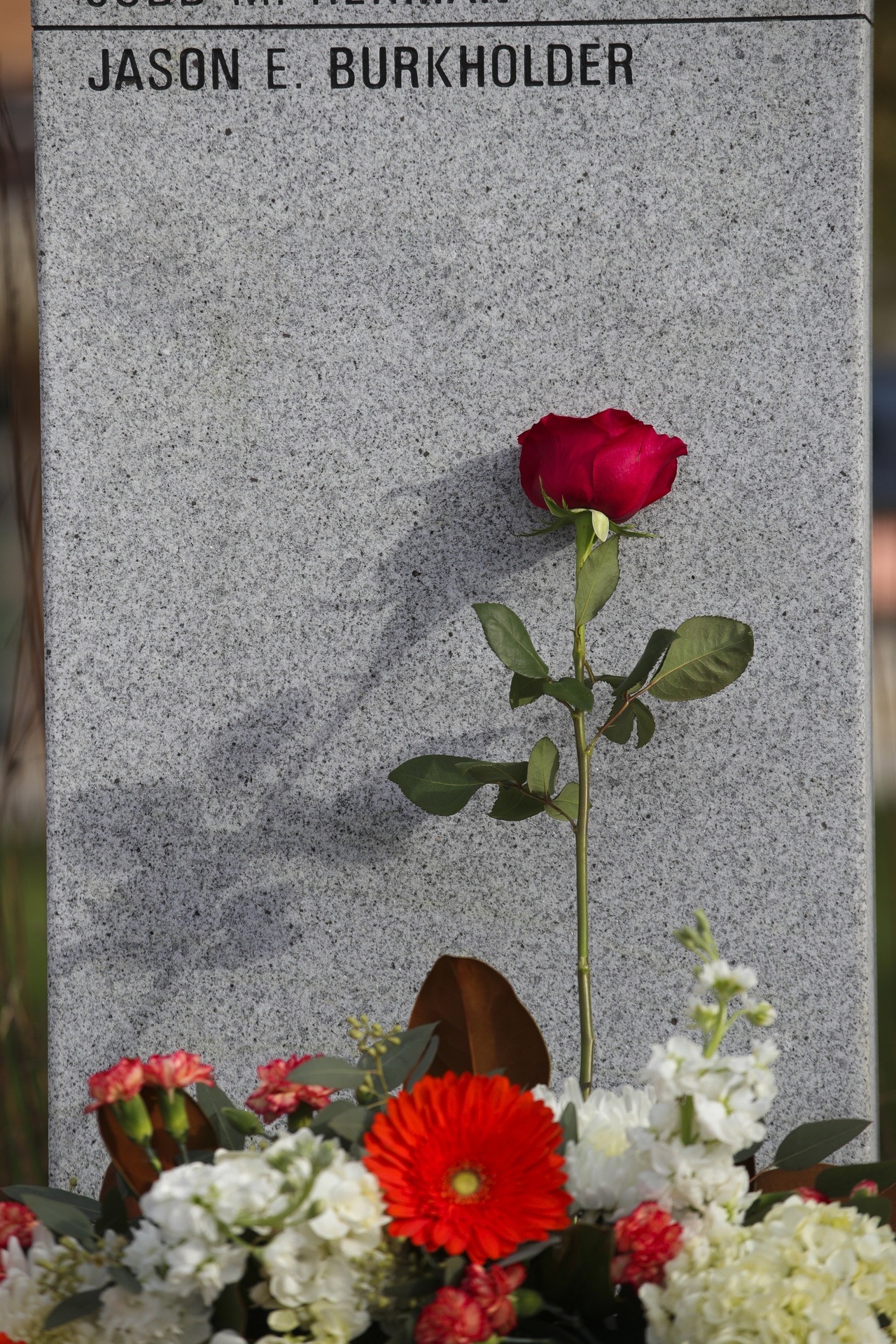 Dedicated on Nov. 10, the BGSU Veterans Memorial features five pillars — representing branches of the U.S. military — inscribed with the names of alumni and student service members who died while in service to their country. The memorial includes 112 names, ranging from WWI to the global war on terror in Afghanistan.

“On Veterans Day and every day, Bowling Green State University is proud to honor the service and commitment of those in our nation’s Armed Forces,” BGSU President Rodney K. Rogers said. “Our newly dedicated Veterans Memorial is a place of reverence. It’s a reminder that our work in shaping our Union at times requires deep loss. We will always owe a debt of gratitude to our veterans and this memorial will serve as a special reminder of their unwavering service to these United States.”

"This memorial honors the best of BGSU," said Dr. Barbara Henry, assistant vice president of Non-Traditional and Military Student Services. "It gives everyone who passes by a chance to pause and reflect on the service and sacrifice that veterans have made, and continue to make, for our country." 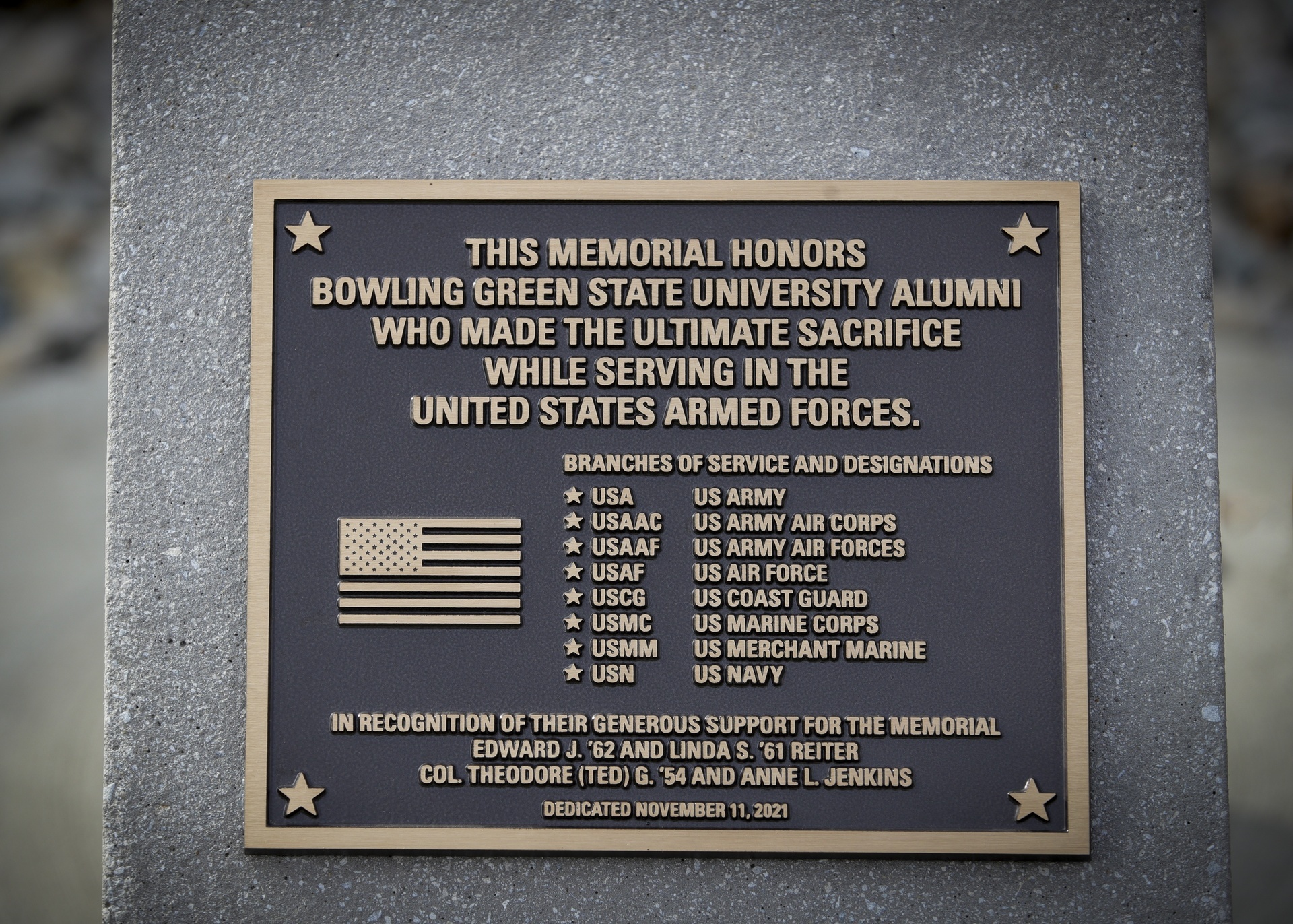 Coming together to make a vision a reality

The University broke ground on the memorial in 2019, but the idea for it first came in 2008 when the late, retired Col. Theodore “Ted” Jenkins ’54 of the Marine Corps shared his vision of honoring all BGSU students who served in the Armed Forces with a centralized, easily accessible memorial.

Along the way, the group spearheaded another project in fall 2014 that installed chairs to memorialize prisoners of war (POW) and those declared missing in action (MIA) in Doyt L. Perry Stadium, the Stroh Center and the Slater Family Ice Arena. Two mobile chairs were also made for travel to other University events. 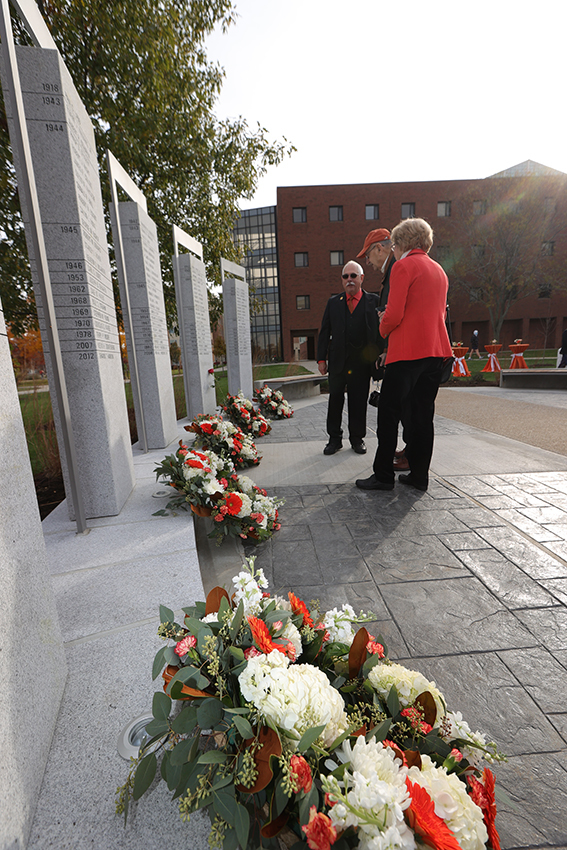 Falcons give back to honor veterans

While the University committee played a big part in securing the new memorial, the solemn place of reflection wouldn't have been possible without the support of retired Army Capt. Edward J. Reiter ’62 and his wife, Linda S. Reiter '61. The Falcon Flames generously provided much of the funding to make the BGSU Veterans Memorial a reality.

“We gratefully recognize the generous lead gift from Ed and Linda Reiter that propelled the vision of this memorial into reality,” said Pamela Conlin, vice president for University Advancement and president and CEO of the BGSU Foundation, Inc. “Their philanthropic support will have a lasting impact on honoring service at its highest level at BGSU.”

A generous donation of time by Ridenour also ensures the memory and sacrifice of BGSU service members won't be forgotten. From reviewing University records to scouring the federal government's list of POW/MIA personnel, Ridenour put in the care and effort to ensure the most accurate account of veteran names were inscribed on the memorial.

"We are grateful to everyone who put in the time and effort to make this memorial a reality," Henry said. "It has taken a lot of work, but the result is a beautiful, yet simple tribute to our nation's fallen heroes. It is a very moving place that I hope everyone in the campus community takes time to visit."

While the University will be closed in observance of Veterans Day, Henry hopes the new Veterans Memorial will serve as a constant reminder of the sacrifice U.S. service members make every day.

"It is a restful and contemplative place that allows anyone to reflect and remember the service members who have given the ultimate sacrifice for us to enjoy our way of life," Henry said.