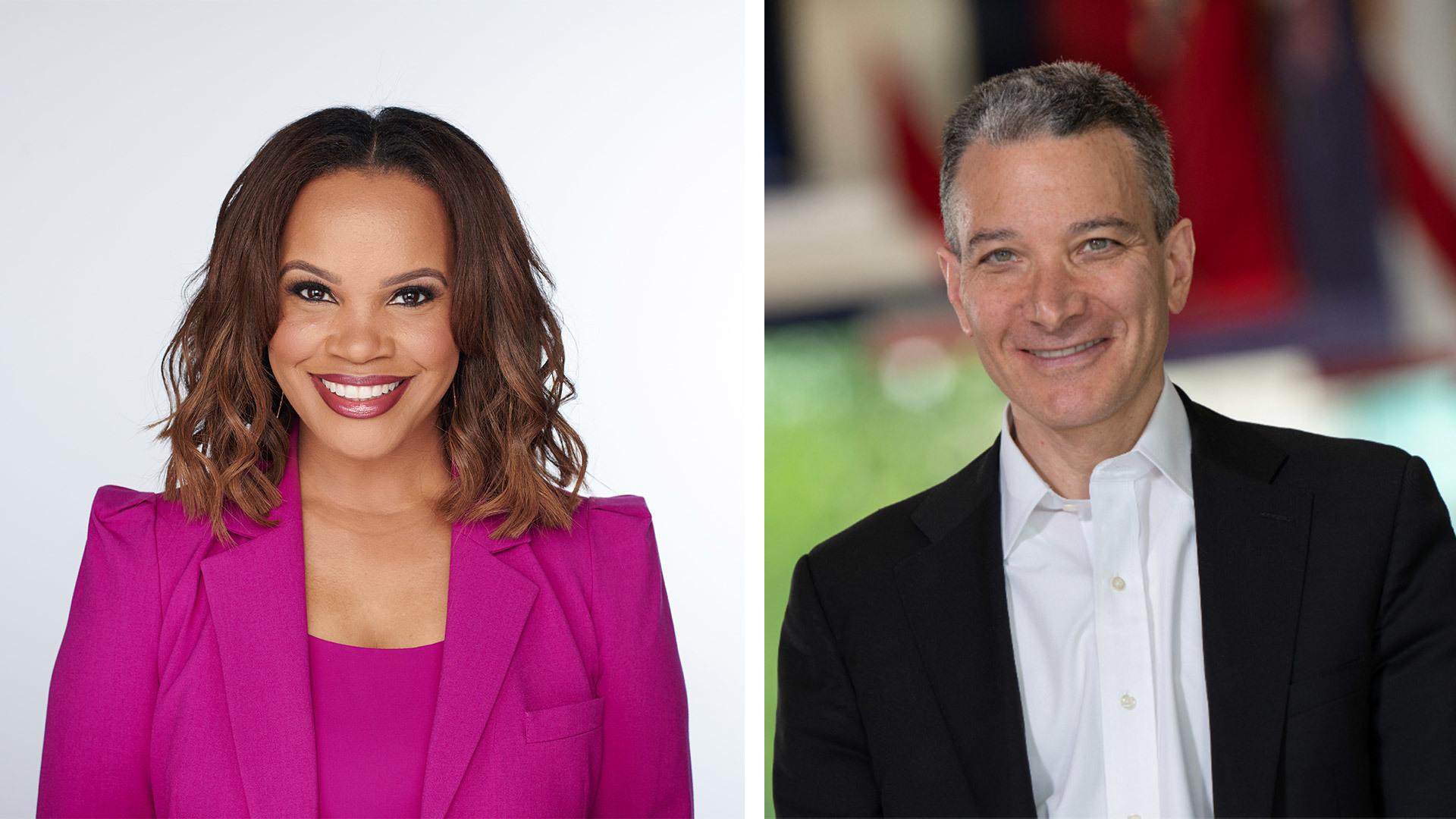 CNN host and CEO of the National Constitution Center will lead the event, 'The Constitution & Political Polarization: A Conversation with Laura Coates & Jeffrey Rosen'

The Bowling Green State University College of Arts and Sciences will host a moderated conversation and Q&A session with special guests Laura Coates and Jeffrey Rosen from 5 to 6:30 p.m. Tuesday, Sept. 14, in the Thomas B. and Kathleen M. Donnell Theatre, Wolfe Center for the Arts.

The event commemorates Constitution Day, a day dedicated to promoting the study of the U.S. Constitution. The event is free and open to the public.

Laura Coates is a CNN host and senior legal analyst, who specializes in the intersection of civil rights and criminal prosecution. A former federal prosecutor, Coates served as assistant U.S. attorney for the District of Columbia, as well as a trial attorney in the Civil Rights Division of the Department of Justice, specializing in the enforcement of voting rights throughout the United States.

As a civil rights attorney, she traveled throughout the United States supervising local and national elections and led investigations into allegations of unconstitutional voting practices. In private practice, Coates was an intellectual property litigator with an expertise in First Amendment and media law. She is the host of the daily eponymous show on SiriusXM and the author of forthcoming book “Just Pursuit: A Black Prosecutor’s Fight for Fairness.” Coates is a graduate of the Princeton University School of Public and International Affairs and the University of Minnesota Law School. She is a lecturer of law at George Washington University Law School.

He is a highly regarded journalist whose essays and commentaries have appeared in The New York Times Magazine, on National Public Radio, in the New Republic and The New Yorker. A leading expert on the Supreme Court and the judicial system, Rosen is the author of seven books, including biographies of Justices Ruth Bader Ginsburg, Louis D. Brandeis and William Howard Taft and acclaimed books on privacy and security in the age of social media. His book “The Supreme Court: The Personalities and Rivalries That Defined America” is the bestselling companion book to the PBS series on the Supreme Court. Rosen’s new book “Conversation with RBG: Justice Ruth Bader Ginsburg on Life, Love, Liberty, and Law” collects 25 years of their conversations, discussing everything from Justice Ginsburg’s favorite opinions to their mutual love of opera. Rosen is a graduate of Harvard College; Oxford University, where he was a Marshall Scholar; and Yale Law School.

Constitution Day events are made possible by the support of the Bernard Mann Constitutional Law Education Fund.

Arrangements for the appearance of Laura Coates and Jeffrey Rosen made through Greater Talent Network, LLC, New York.

In accordance with recommendations from the Centers for Disease Control and Prevention and the Wood County Health Department, face coverings for everyone, regardless of vaccination status, are required in all indoor public spaces on the Bowling Green State University campuses. This requirement and other COVID-19 safety measures may change throughout fall semester based on CDC and WCHD guidelines.