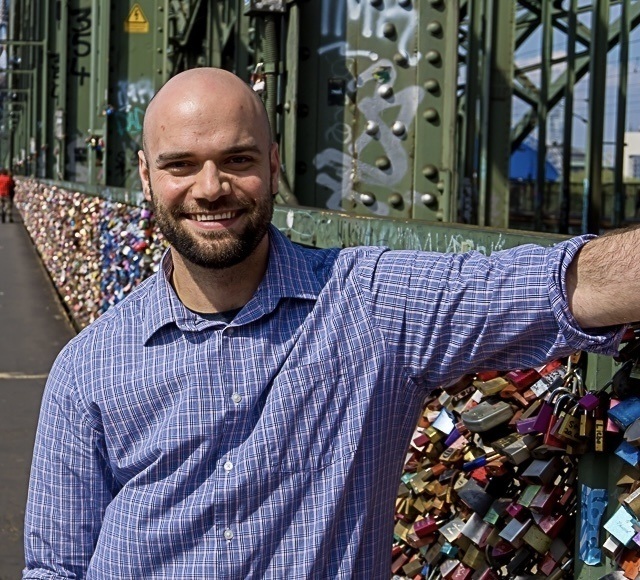 A piece he co-authored was the only article by a BGSU researcher featured in the Altmetric top-100 most discussed articles in 2020.

Dr. Joshua B. Grubbs, assistant professor in Department of Psychology in the College of Arts and Sciences, is the recipient of the 2021 Outstanding Early Career Award.

This award is given to a Bowling Green State University faculty member who has exhibited excellence in their scholarly work during the initial stages of their BGSU career. It is intended that this distinction will allow the faculty member to enhance their academic career by providing them with discretionary funds for the support of future scholarly activities. The Outstanding Early Career honor also serves to promote, recognize and reward scholarly excellence.

Grubbs, who is in his fifth year in the University's American Psychological Association-accredited clinical psychology doctoral program, has focused his research on the scientific study of addiction, personality and morality. With the work he does in the SPARTA lab (Science of Personality, Addiction, and Religion Throughout Adulthood) in conjunction with current BGSU students, Grubbs has done extensive research on behavioral addictions and compulsive behavior patterns. Specifically, his studies examine how society and environment affect self-perception of addictive behaviors, and how that self-perception interacts with the addiction.

While nominating Grubbs for this award, Carolyn J. Tompsett, chair and associate professor of the BGSU Department of Psychology cited his significant amount of published works and the impact his research and writings have had on the fields of compulsive sexual behavior and compulsive gambling. She also noted the external funding Grubbs has obtained for his research and his ambitious agenda of future projects and grant submissions.

“His research has been published in leading scientific outlets, and he is rapidly becoming a 'superstar' in psychology,” Tompsett said, noting that Grubbs has published 70 peer-reviewed articles and been published in high-impact journals. A piece he co-authored was the only article by a BGSU researcher featured in the Altmetric top-100 most discussed articles in 2020.

While being recognized as an expert in the field of compulsive sexual behavior, Grubbs was cited by the World Health Organization in the development of new diagnostic criteria for the international standard manual. Additional research he has conducted has examined the intersection of compulsive gambling and post-traumatic stress disorder. He has received seed funding for this work from the National Center for Responsible Gaming and has two large grants for related work under review.

Grubbs is credited with the development of a new graduate seminar (PSYC 7800) on addiction psychology and recognized for developing strong research collaborations at BGSU, while also involving graduate and undergraduate students in every aspect of his research.

“Dr. Grubbs is an important contributor to our institutional research mission,” Tompsett said. “Many of his publications are co-authored with graduate students, providing critical training and opportunities for young researchers in his cutting-edge field.”