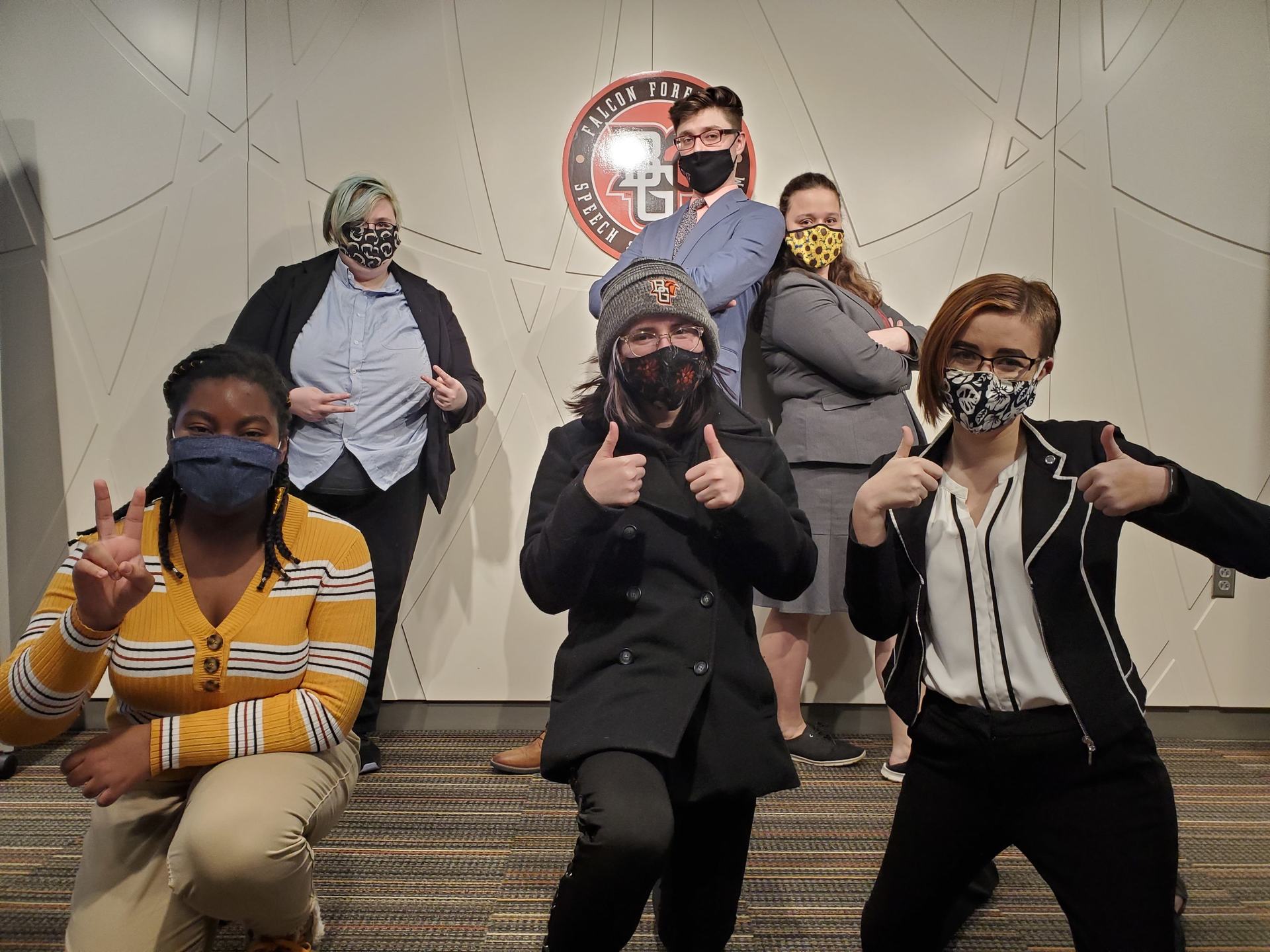 This marks the 60th year that BGSU has consistently earned top ratings among peer schools in the state.

This year, the Falcon Debaters showed their competitive strength by placing all four BGSU debaters in the top four positions at the tournament closing-out finals. The squad, led by Allison Sturley, earned four of the top 6 best speaker awards and advancing with a perfect win record. Topics ranged from debates over U.S. economic policy and politics to ethical philosophy.

On the speech side, BGSU placed second behind a strong team from Ohio University. The Falcons earned final rounds in 15 of the 21 events they entered at the championship tournament. The Falcon Debaters closed the gap on Ohio University, which entered nearly double the number of events.

The Falcons were led by freshman member Steven Iwanek, who placed second in both impromptu speaking and after-dinner speaking while earning the title of state champion in media broadcasting.

Junior Adam Wilson also topped his final rounds with a second-place finish in impromptu speaking and the state championship in extemporaneous speaking.

Sara Harmon, Samantha Millison and Amaya Quaker also saw success in final rounds in prose interpretation, programmed interpretation and communication analysis. Each member of team BGSU earned their way into at least one final round.

“I am exceptionally proud of this team,” said Paul Wesley Alday, Director of Forensics and Debate. “Performing within a virtual environment at the state level offered myriad challenges and each team member embraced these challenges and succeeded with class and style.”

This tournament marks the team’s ninth virtual competition this season for BGSU, and the team has placed within the top four universities at each tournament. The team next competes (virtually) at Cornell University this weekend, before heading off to Louisiana State University to participate in Charity Debates which raise funds for children’s cancer research through the “Debate for Life Foundation.” BGSU will digitally head to this year’s National Online College Championship tournament held May 7-9.

Forensics, Speech and Debate is a co-curricular program supported through the BGSU School of Media and Communication open to all BGSU undergraduate students.

For more information, contact Alday, director of Forensics and Debate at 419-372-8856 or reach out to the team at Falcon4N6@bgsu.edu.