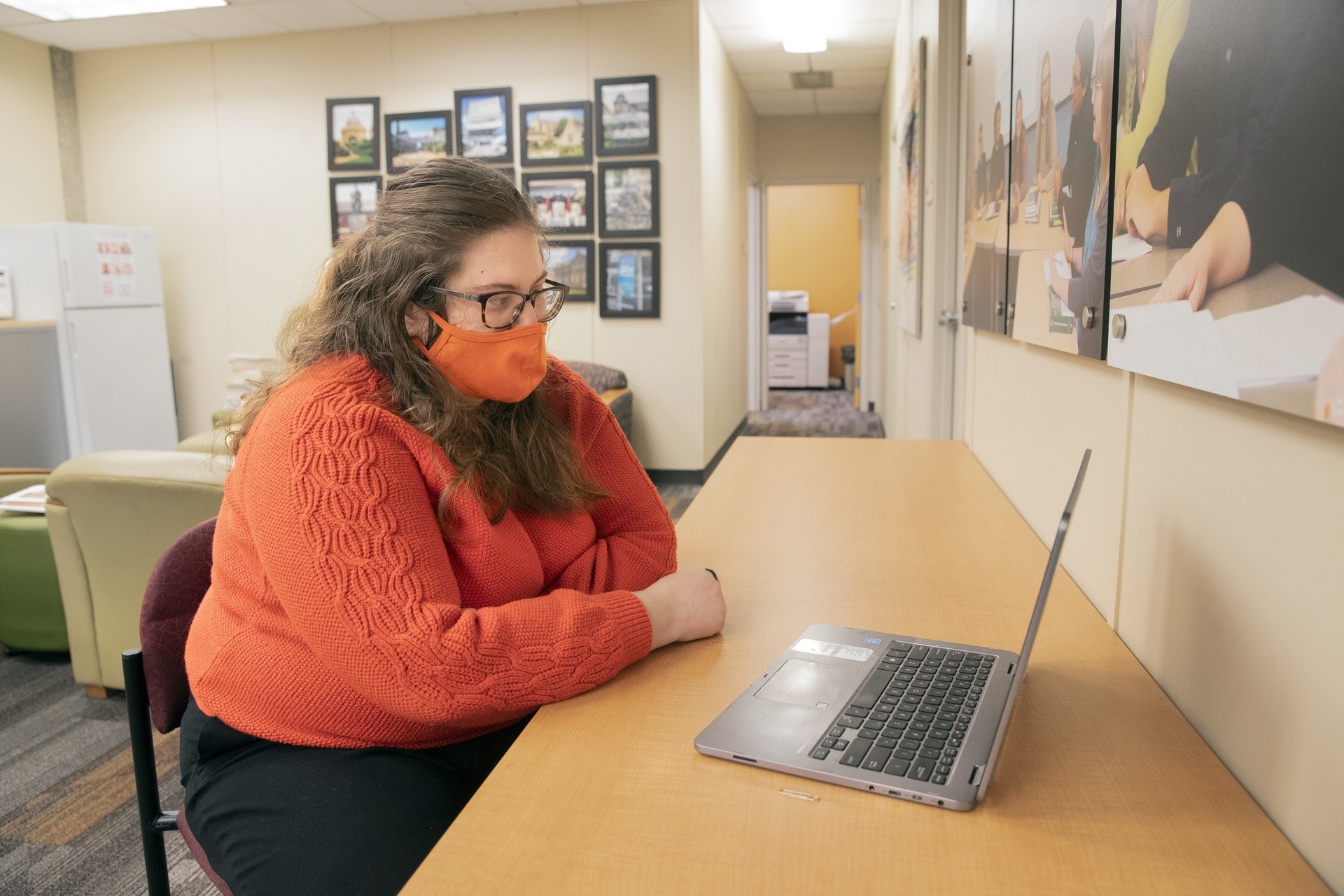 When schools across the nation shifted to remote learning in the spring as a result of the COVID-19 pandemic, students and teachers had to adapt to an all-new learning environment.

One group of students, however, was particularly hard hit: Those with disabilities faced the reality of a swift change that affected their necessary accommodations that had been in place to help them learn successfully.

“A lot of folks with disabilities have a very clear way they’ve been able to be successful in college — they know their accommodations, they know what that looks like, and they know how to request them,” says Val Erwin, a Bowling Green State University doctoral candidate in higher education administration. Remote learning really shook the way everyone was handling things. These students had to figure out a whole new way, and with different disabilities that affected each person differently there was a sense of isolation.” 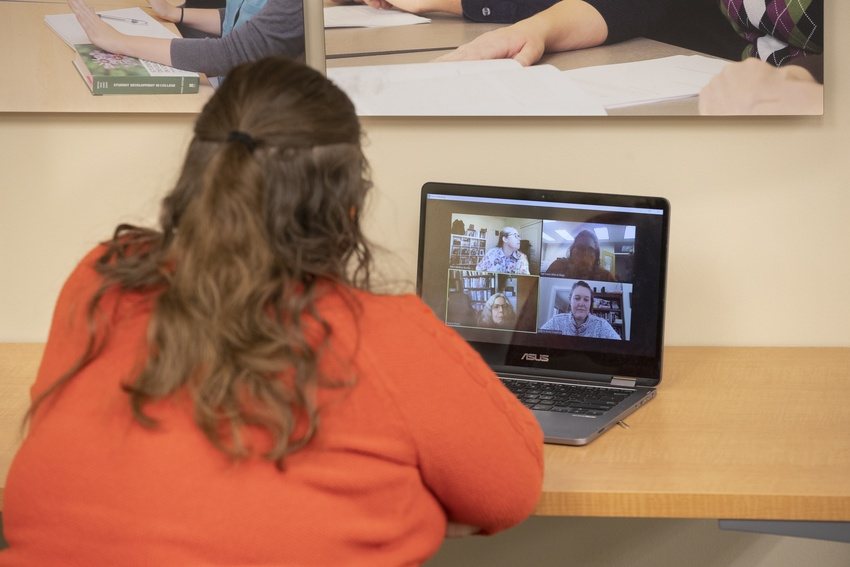 Erwin, who serves on the student advisory board of DREAM (Disability Rights, Education Activism and Mentoring), a national organization for college students with disabilities, has been quoted multiple times this year in The Chronicle of Higher Education on the subject of how COVID has impacted students with disabilities. She identifies as autistic, dyslexic and someone with multiple mental illnesses.

Speaking about her own experience, Erwin says under normal circumstances, she’s able to take part in classroom discussions. When those discussions transitioned online and into a space of writing, she struggled as writing her thoughts takes four to five times as long as sharing them verbally.

“Everything was taking an additional amount of time,” Erwin said. “I also have a disability that affects distraction; so where before I had a specific place I was able to go to focus, everything suddenly got more distracting being out of that environment."

Other common complications included increased need for captioning, as instructors wearing masks affected the ability of those with hearing disabilities to be able to read lips to aid in comprehension, as well as limited transportation and/or less accessible living spaces for students who were required to leave residence halls.

“On top of that, some universities required additional documentation or an additional diagnosis for new accommodations, which is harder to get during COVID,” Erwin says.

While each situation is unique, she does note that people with disabilities have been negatively affected in a disproportionate manner.

“It’s been a challenge to try to figure out how to navigate the changes, and also the mental health aspect,” Erwin said. “With depression and other psychiatric disabilities, we’re seeing an increased need for counseling and different types of support there, as well.”

The positive news is that colleges and universities as well as organizations such as DREAM have worked quickly to address some of these issues. The adoption of pass/fail grading and flexible learning methods have helped Erwin at BGSU.

“Two of my professors started to really see those differences in need: where some people need to be in-person and be able to interact with the work, while some people needed to be more asynchronous; some needed to have the writing option, where for others like me, the writing was more difficult,” she said. “The professors allowed two different ways of doing their classwork. I’ve been really impressed by the faculty that I’ve had and how they’ve been able to work with me.”

Campus groups have formed to meet needs, as well. For example, a disability writing group was formed to combat lack of focus.

“We just go on Zoom and set our goals, then leave each other on the screen while we work and check back in now and then,” Erwin says. “Creating that sense of community has been really helpful for me, and I’ve seen that happening on a national level, too, where people are trying to create these communities that help you get work done.

“I think in general, there’s a lot of isolation for folks with disabilities on college campuses, and COVID has just increased that,” she said. “One of the things we’re really working on is trying to create those spaces where people can feel like they’re not alone.”