A trailblazer for women in public service 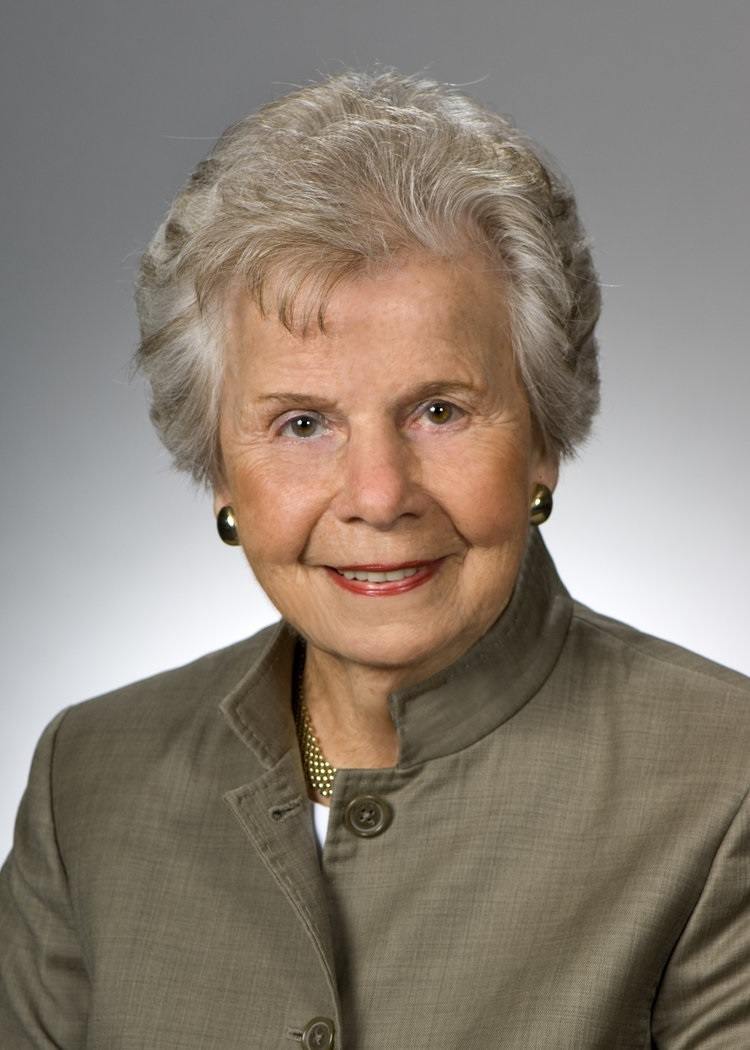 Known as a trailblazer for women in public service, Jo Ann Davidson was awarded the highest honor a university can bestow at the Bowling Green State University Virtual Celebration for fall 2020 graduates.

Davidson received an honorary Doctor of Public Service degree from BGSU following an unanimous vote of the Board of Trustees in recognition of a career that paved the way for others, particularly women, to serve in government.

Davidson is the president of JAD and Associates LLC, a consulting firm which was founded in 2001, and has provided strategic planning, public policy and public affairs advice to a broad client base.

She capped a public service career which spanned more than 30 years by serving as the first woman Speaker of the Ohio House of Representatives from 1995-2000. During her time in the legislature, she also served as Minority Leader and was recognized for her expertise on the state budget, economic development, local government and education issues.

She was a member of the executive committee of the National Conference of State Legislators and was chair of the Midwestern Council of State Governments.

"Speaker Davidson's legacy is not solely defined in legislation or her work on the local, state and national levels, but also who she is as a person and her commitment to creating public good to drive the vitality of Ohio,” Rogers said. “Speaker Davidson is a remarkable public servant, national leader and advocate. Now, she is also a Falcon.”

Davidson spoke to graduates during the virtual celebration and said the honorary degree is especially significant.

“I can’t tell you how honored I am to receive this recognition today,” said Davidson, upon accepting the honor at the virtual event. “This one is close to my heart because this is close to where I am from.”

The Findlay, Ohio, native was known for going door-to-door as an elected official to hear from constituents. Later in her career, Davidson founded the Jo Ann Davidson Leadership Institute, with the support of BGSU Board of Trustees Chair Betty Montgomery, for women who had shown interest in public service. To date, more than 400 women from Ohio have graduated from the program.

“As a public university for the public good, we recognize that she is an extraordinary example of someone who has dedicated their life to creating public good as a public servant and government leader,” said Joe B. Whitehead Jr., provost and senior vice president of academic and student affairs. “Her story is one of hard work and grit, especially in a time that was not welcoming to women in politics and government.”

Upon leaving the legislature, she served as interim director of the Ohio Department of Job and Family Services in 2001. Governor John Kasich appointed Davidson as chair of the Ohio Casino Control Commission in February 2011, and she is now serving as vice chair of the commission.

Davidson was named Public Official of the Year by Governing Magazine, Legislator of the Year by the National Republican Legislator’s Association, received Good Housekeeping’s Award for Women in Government and was inducted into the Ohio Women’s Hall of Fame, as well as being recognized by the YWCA as a Woman of Achievement.

“She is both a friend and a mentor and an icon to generations of Ohioans and beyond,” Montgomery said during the virtual celebration. “She led the way for decades with toughness and grace, showing, against all odds, what women can do. She has demonstrated a life well-lived.”

Davidson's honorary degree is the 295th awarded in the University’s 110-year history.