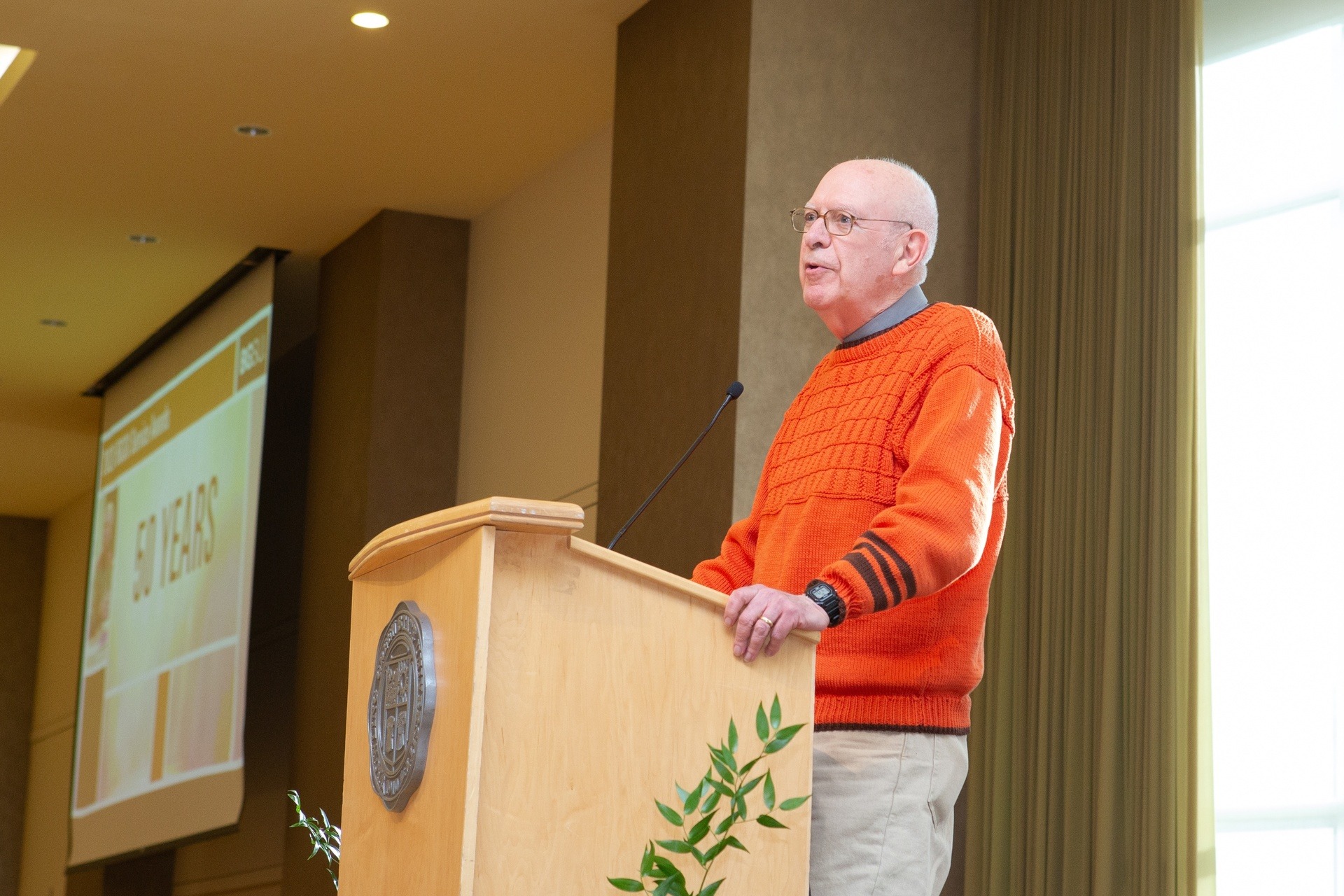 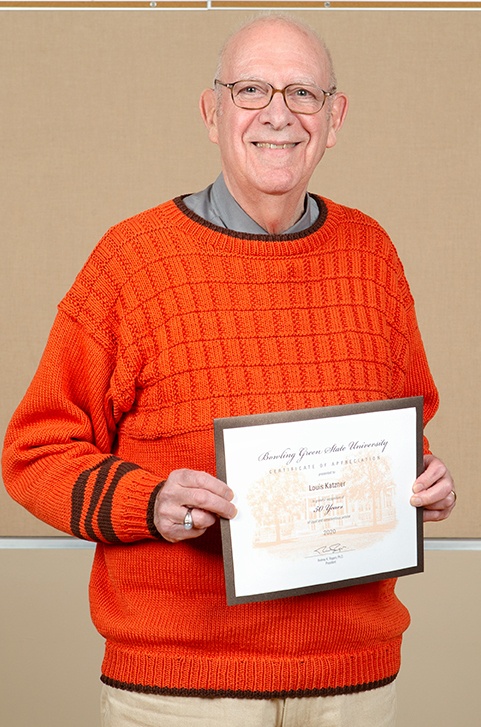 When Louis Katzner first came to Bowling Green State University, he never imagined he would be here for more than 50 years. But he is just as excited to come to work today as he was in 1969.

“Philosophy resonates with who I am,” he said. “The most important factor is I look forward every day that I come to Shatzel Hall and that’s a function of my enthusiasm for students and working with them.”

On March 4, Katzner was recognized for reaching this 50-year milestone at the Faculty and Staff Years of Service ceremony.

Katzner started at the University as an assistant professor and is now a full professor and trustee professor. He has also served as vice provost, helped chairs make decisions, put together the proposals for BGSU’s philosophy Ph.D. – and took a 12-year hiatus in the Graduate College.

“What I do here has changed, but I’ve always been a member of the department,” Katzner said.

A lot has indeed changed in 50 years, and Katzner has seen it all. After World War II, there was an explosion in interest in higher education, and remnants of that were still present when he arrived, like old, metal Quonset huts. The Jerome Library and Perry Football Stadium had recently opened.

“What’s now the McFall Center, that housed the old library and if you’ve ever been up in the gallery area, there’s this big, high ceiling; that’s where the stacks of books were,” he said.

BGSU was also much smaller, although expanding at a rapid rate. He recalls that in the early ’70s, renovations were going on at the same time he taught a class – jackhammers would be running just outside as he tried to teach.

“One day, I said something to the effect of ‘I don’t know why you put up with this. You guys are paying to come here, I know you can’t hear me, and you ought to complain!’ and one of the students said ‘Well, let’s protest, let’s have a sit-in,’” Katzner said.

Katzner and the students went to the renovation, and the provost agreed that these were no conditions to have a class. They were successful in having the class moved to University Hall.

“Am I glad it happened? Yes. Would I do it again? Probably not,” Katzner laughed.

As the years have gone on, Katzner has had hundreds of students, many of them growing up, marrying and having kids of their own.

“Probably on half a dozen occasions, I’ve taught the children of former students,” he said. “I’ve yet to encounter anyone who tells me that they’re the grandchild of a former student, but it could happen soon.”

With so many years behind him, most people would think about slowing down. However, Katzner said that as long as he is excited and enthusiastic about what he does, he plans to keep doing it.

“When my wife and I arrived – we were both from big cities, growing up in Baltimore, Maryland – such a small town was a real shock coming from an east coast city that large,” Katzner said. “We said, ‘We won’t be here very long,’ and a lot of people who were hired when we were, said the same thing; most of them stayed, they came to really like it. We just love it here.”

Katzner loves interacting with students and pushing them to think in unconventional ways. The colleagues that have come and gone throughout the years have always welcomed him. His career has been more than a job over these past 50 years.

“I asked my wife ‘where do you want to move when I retire?’ She said, ‘I don’t want to move,’” Katzner said. “It’s not just the University, it’s the whole community.”