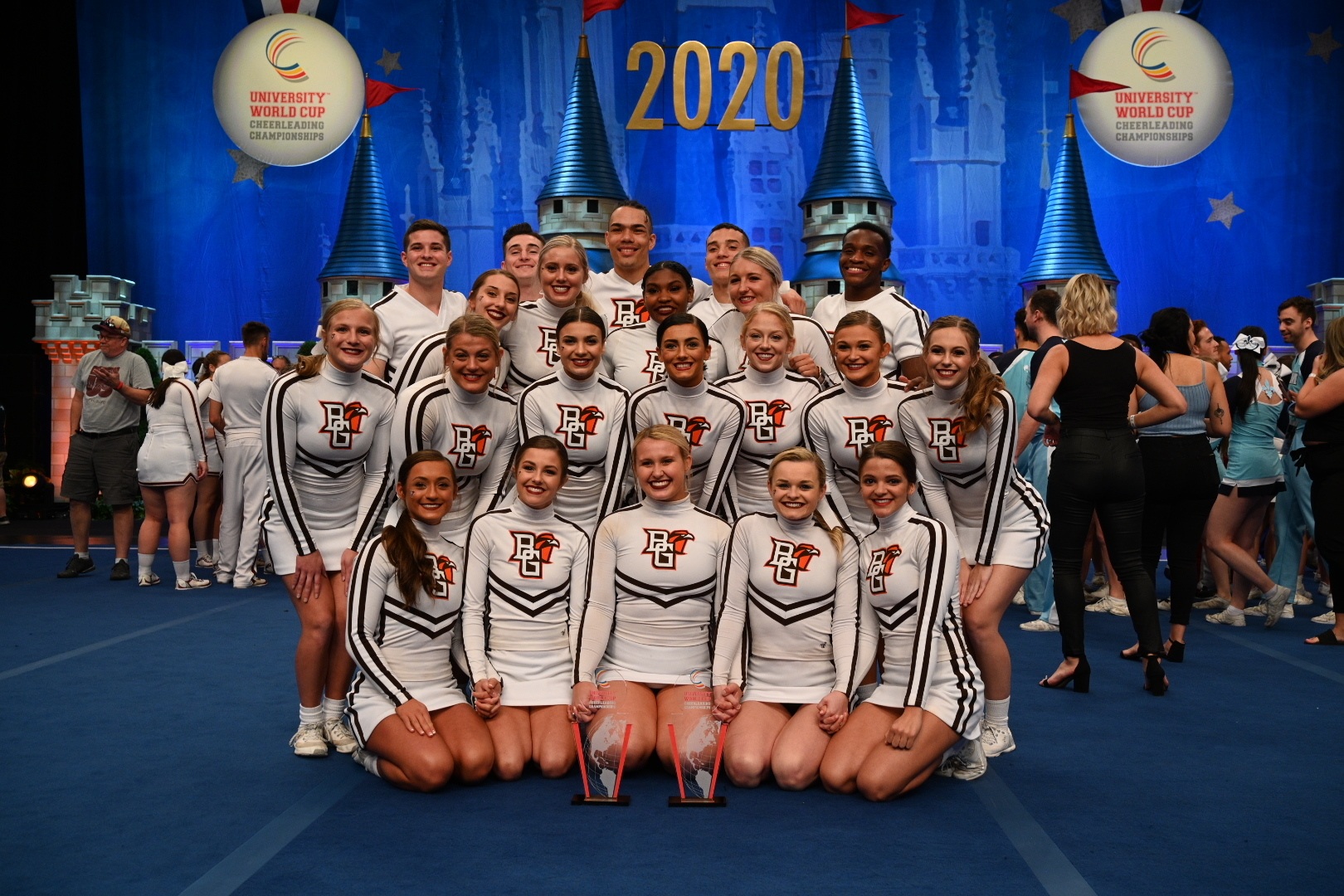 Most sport teams have a sideline group cheering them on, but for Bowling Green State University’s cheer team, they’re the main focus. After winning the University World Cup Championship last year, the team came back eager for a second win.

Competing at the Walt Disney World Resort Jan. 17-19, the BGSU small coed team put all their hard work to the test. They finished strong with a win on Jan. 19 in the Premier Small Coed category.

“We were against some international teams in our division,” said Tyler Strom, former head coach of spirit programs at BGSU. “When we got first place overall for all the U.S. teams that competed, we were really pumped about that.”

Both Strom and his wife, Abbey Strom, have supported BGSU’s spirit program for a number of years. A member of the spirit program is Elsye Jones, who graduated in December from BGSU with a Bachelor of Science in visual communication technology.

“Winning my last competition ever was indescribable,” Jones said. “When they called our name for first at the awards ceremony, it was a huge sigh of relief that all our hard work in the previous months were finally worth it.”

The BGSU dance team also competed at the championship.

“They were very excited with their performances,” said Miranda Calhoun, head coach of the dance team. “One of their main goals is to go there as a team and, most importantly, leave as a team, and this year more than ever, they accomplished that goal.”

“BGSU has so many traditions that we have to uphold, and we have our own traditions that were passed down to us from previous generations of BGSU cheerleaders,” Jones said. “We all want to work together and create a strong team unit because of the BGSU name, history and traditions.”