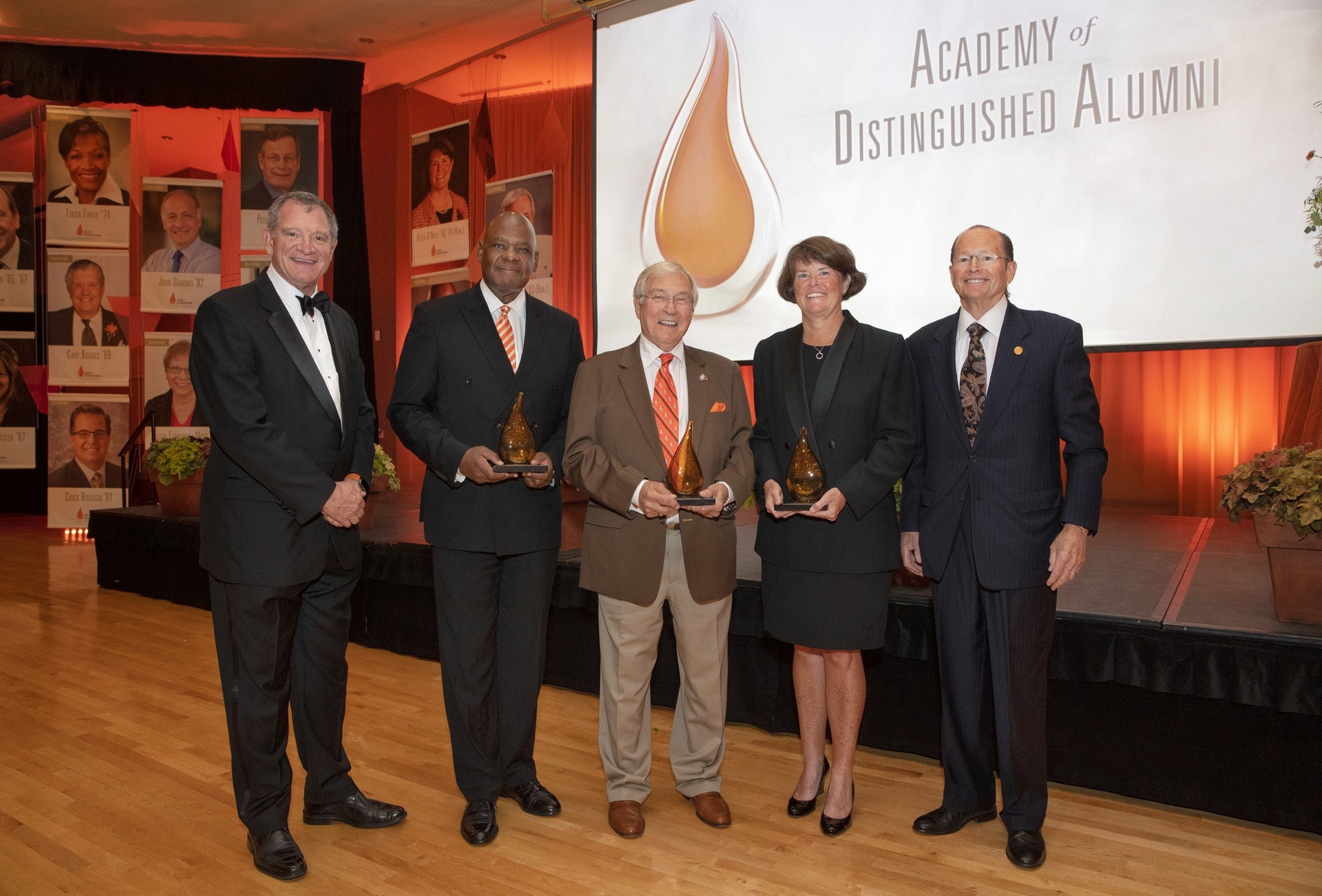 Three inducted into the Academy of Distinguished Alumni during Homecoming

In 2011, Bowling Green State University created the Academy of Distinguished Alumni to recognize the extraordinary accomplishments of its best and brightest alumni. This year's inductees are no exception, having reached the highest levels of leadership in their respective fields and becoming shining examples of BGSU graduates who drive the educational, cultural, social and economic vitality of their regions, the nation and beyond. 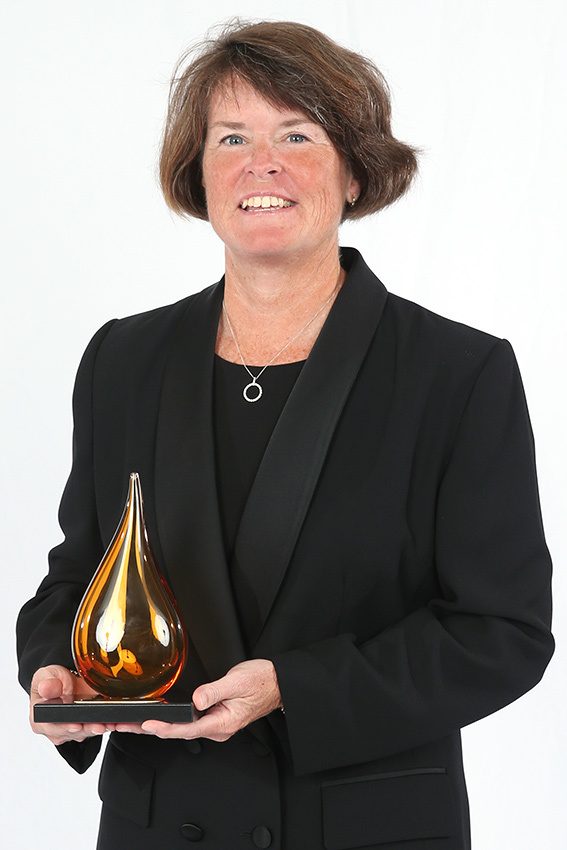 You may not know Eileen O’Neill, but you might know one of the many TV programs she created during her tenure at Discovery Communications, including “Cake Boss,” “Long Island Medium,” “Say Yes to the Dress,” “Naked and Afraid,” “Fast ‘N Loud,” “The Little Couple,” “Sister Wives” and “Toddlers & Tiaras,” just to name a few.

O’Neill’s road to Discovery’s headquarters in Maryland began in Ohio. As part of her master’s program in Popular Culture at BGSU, O’Neill started at Discovery as an unpaid intern, organizing the company’s first tape library. Hired immediately upon graduation in 1990, she spent the next 25 years rising through the corporate ranks to eventually become group president for Discovery Channel, TLC and Discovery Fit & Health. At the time of her retirement in 2015, she was the global group president at Discovery Studios.

In her leadership roles at Discovery, O’Neill was responsible for strategic direction at the networks including development, programming, production, digital media, marketing, research and communications. Her stewardship of Shark Week in 2013 led to the most-watched week in its history among viewers aged 18-34. She produced multiple live events, including “Skywire Live with Nik Wallenda” as he walked across a portion of the Grand Canyon, watched by 13 million viewers.

O’Neill has won two national Emmy Awards, including one for the network’s coverage of Austrian skydiver Felix Baumgartner’s record-breaking jump from the edge of outer space. Her 2010 series “Sarah Palin’s Alaska” was the No. 1 program launch in TLC history, and she also broke viewing records for all of ad-supported cable television in the U.S. for a single episode of “Jon & Kate Plus 8.”

O’Neill served as president of Planet Green, the first TV network dedicated to green programming. She was also executive vice president and general manager of Discovery Health Channel & FitTV, as well as director of scheduling for the Travel Channel.

O’Neill has been widely recognized for her professional achievements. She was cited by Multichannel News as a “Wonder Woman” and inducted into the Cablefax Hall of Fame in 2009, as well as earning the CINE Golden Eagle Award and being ranked No. 15 on the list of Hollywood Reporter’s “Power 100 Women in Entertainment” in 2013. BGSU conferred an honorary doctorate upon her in 2014.

Since retiring, O’Neill has published a children’s book, volunteers weekly at a draft horse rescue farm, coaches middle school girls’ basketball and serves on multiple educational trustee boards. She lives in Maryland with her wife, their son and their beagle, Riley. 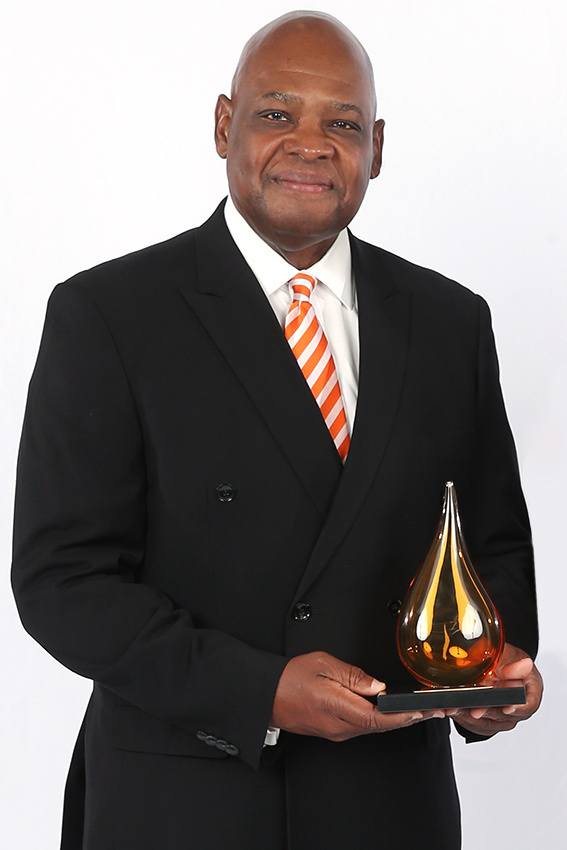 Dr. Eugene T. W. Sanders is the CEO and superintendent for Sandusky City Schools. He has leadership experience serving children and communities as a teacher, high school administrator, college professor, consultant, and superintendent of schools in Sandusky, Toledo and Cleveland.

Sanders is recognized as a national leader in school transformation and preparing students to compete in the 21st-century global economy. His transformation plan for the Cleveland Metropolitan School District was noted as one of the most efficient and elaborate reorganization plans in the nation. He created a district STEM high school on the campus of General Electric, the only one of its design in the nation. Additionally, Sanders introduced single-gender academies, Science and Medicine High School and Architectural Design and Engineering High School. He is most proud of the Closing the Achievement Gap Program that has dramatically increased the graduation rate for at-risk minority male students.

Sanders’ visionary leadership has been featured on “MSNBC Morning Roundup,” and NBC’s “The Today Show.” He is regularly sought after as a speaker and presenter on school reform and redesign throughout the nation. He has also served as an executive lecturer at the University of Hawaii at Maui College.

In his current role, Sanders led a successful levy campaign in November 2012 and is now coordinating the largest construction program in the history of the Sandusky City Schools. The $72 million project will result in three new elementary schools and the building of the Global Education Center at the new intermediate school.

Sanders was inducted in the Sandusky High School and Erie County Hall of Achievers and was selected Superintendent of the Year by the Martha Holden Jennings Foundation. He received his bachelor’s degree in comprehensive social studies; master’s degrees in educational administration and supervision, and secondary education; and a Ph.D. in educational leadership and organizational management from Bowling Green State University.

He is a proud 1976 graduate of Sandusky High School and is active in his church and local civic and community activities. One of 11 siblings, he credits his career success to his family, faith and school community. 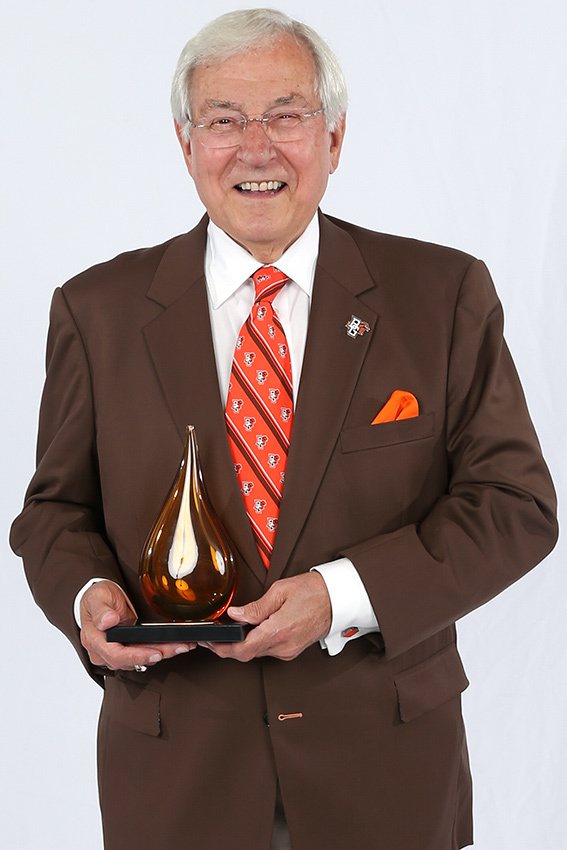 Bob Sebo retired as senior vice president for Paychex Inc., where he played a significant role in the evolution of the payroll service company from a small franchise with a handful of employees to a publicly traded national payroll company with 12,000 employees serving more than half a million businesses nationwide.

After earning his bachelor’s degree in business administration from BGSU in 1958, Sebo received at graduation his commission through BGSU ROTC, where he served as a first lieutenant in the U.S. Army and became a commander at the Nike Missile Air Defense unit at the U.S. border. He then spent 14 years with the Cadillac Motor Car Division of General Motors, serving as a distribution manager, business manager and district sales manager.

In 1974, Sebo became associated with a fledgling company, known as Paychex, and its founder, Tom Golisano. Under an agreement with Golisano, Sebo began Paychex Inc. of Ohio. Over the next 20 years, Sebo helped expand the company across the country and take it public in 1983. As vice president of operations, his role was to consolidate, standardize and organize all branch operations for the company, including policies, procedures, and recruiting and training. After retiring as senior vice president in 1994, he continued to serve as a member of the Paychex Board of Directors until 2006.

Sebo has been the recipient of numerous awards and honors over the years in recognition of his professional success and his prolific support of causes and organizations, especially in his hometown of Salem, Ohio, which named him Citizen of the Year. He has been inducted into the U.S. Army ROTC Hall of Fame, the Salem High School Athletics Hall of Fame and the Paul J. Hooker Center for Entrepreneurial Leadership Hall of Fame at BGSU.

Sebo previously served on the BGSU Board of Trustees from 2002 to 2011 and is a current member of the Changing Lives for the World Campaign Committee. He has supported several BGSU scholarships, helped establish the Sebo Lecture Series in Entrepreneurship in the College of Business and made the lead gift to help fund a new athletic facility at Doyt L. Perry Stadium. The 42,500-square-foot Sebo Athletic Center features a state-of-the-art sports medicine and rehabilitation facility and strength and conditioning areas for all University student-athletes, as well as meeting and office spaces. He also provided funds for improving the football stadium in Salem, which was recently renamed Sebo Stadium.

Sebo and his wife, Linda, reside in Salem, Ohio. He is the father of two daughters, Christine Parisi and Julie Schmelzle, also a BGSU graduate and previous inductee into the Academy of Distinguished Alumni; and stepchildren Courtney and Parker, who just started his freshman year at BGSU.