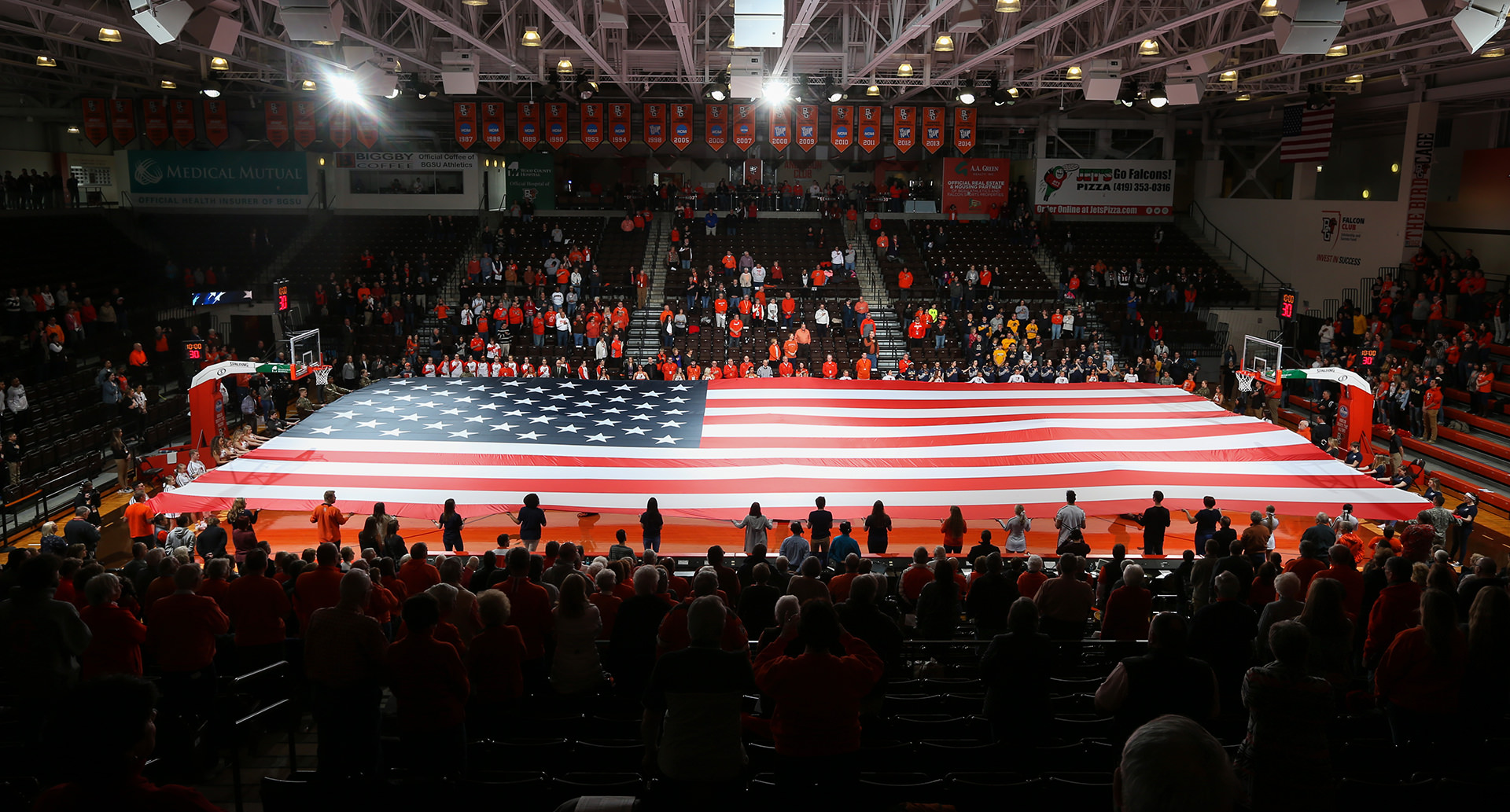 The Student Veteran Organization at Bowling Green State University successfully funded a 50-by-90-foot U.S. flag this past Veterans Day through the help of the community.

Owned by the Student Veteran Organization, the flag was financed by the University's crowdfunding platform, Falcon Funded, with a goal of raising $10,000; however, they exceeded their goal by raising $12,700.

“It all started with me,” said Eric Buetikofer, an Army veteran and a military adviser at BGSU. “Early last spring, Kit Hughes, the assistant athletic director, contacted me inquiring what it would cost to rent a field flag. We did a bunch of research and found that only two companies in the U.S. make flags that size.

“We found out that the Cleveland Browns co-own one, and that we could purchase a full-court flag for about $8,200. We then thought about a funding campaign to get a flag that size and talked to students here about the idea. We created a Falcon Funded page and went for it, and we were successful.”

BGSU is the first university to own a flag of such large size, Buetikofer said, and it made its first appearance March 2 at the Stroh Center during the women’s basketball game against  Kent State University of Toledo.

“For me, I take great pride in how  BGSU treats its veterans, and knowing we have a flag like this is  something that nobody else in the state has,” said Bonnie Bailey, a senior, Army veteran and a member of the Student Veteran Organization.

Buetikofer is proud of the strong community support surrounding the flag. Along with other other donors, BGSU alumnus Tom Walton ’65 donated more $7,000 donation to help the organization reach its goal of $10,000. In addition, the Thayer Family Dealerships had an oil-change drive, which resulted in an additional $2,500.

“The flag will not only make vets feel honored, but something like this could keep them in school,” Buetikofer,”

Bailey said she is proud to be a part of a legacy at BGSU, saying “It leaves a lasting mark of the students involved and leaves a piece of them here.”