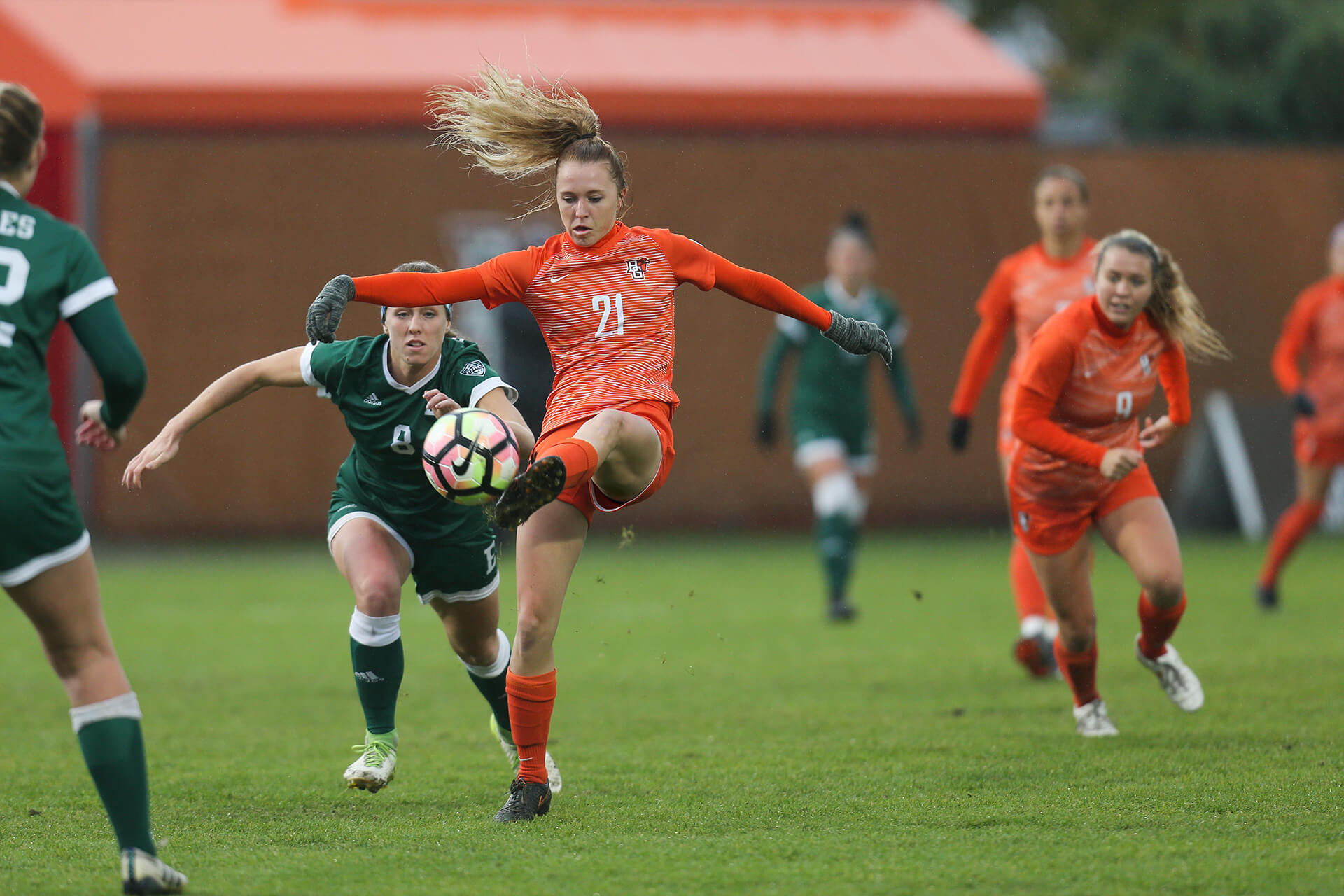 The Bowling Green State University women’s soccer team won the Mid-American Conference regular-season title for only the second time in the 22-year history of the program. The 2005 Falcons also captured a MAC regular-season crown. Now, the Falcons turn their attention to winning the MAC tournament.

“BGSU Athletics has had a strong fall and it has been anchored by our MAC Champion women's soccer team,” said Bob Moosbrugger, BGSU athletics director. “Coach Matt Fannon and our student-athletes should be proud of the success they've had this year. We know they have larger goals ahead of them still and we are hoping the entire Bowling Green community will support them the rest of the way."

Top-seeded BGSU (13-4-2, 10-1-0 MAC), the host for the remainder of the tournament, will face No. 4 seed Ohio at 7 p.m. Friday (November 2) at Cochrane Stadium. Should the Falcons advance past the Bobcats, they will face the other semifinal winner — either No. 2 Ball State or No. 3 Western Michigan — at 1 p.m. Sunday (November 4) at Cochrane Stadium.

The winner of the championship game will earn the MAC's automatic bid to the NCAA Championships.

In the final regular-season game, the Falcons were led by junior Maureen Kennedy as they defeated the University of Toledo 2-1 on October 25 at Cochrane Stadium. Kennedy scored a goal and assisted on another as BGSU won its 10th conference victory this season, setting a new school record. BGSU’s previous high came in 2005 when it was 9-2-0 in conference play.

BGSU then hosted No. 8 Eastern Michigan on October 28, as the Falcons defeated the Eagles 2-1 in a quarterfinal match at Cochrane Stadium. Nikki Cox scored a pair of first-half goals as BGSU withstood a lengthy weather delay and an EMU comeback bid. With the win, the Falcons advanced to the semifinal round of the league tournament.