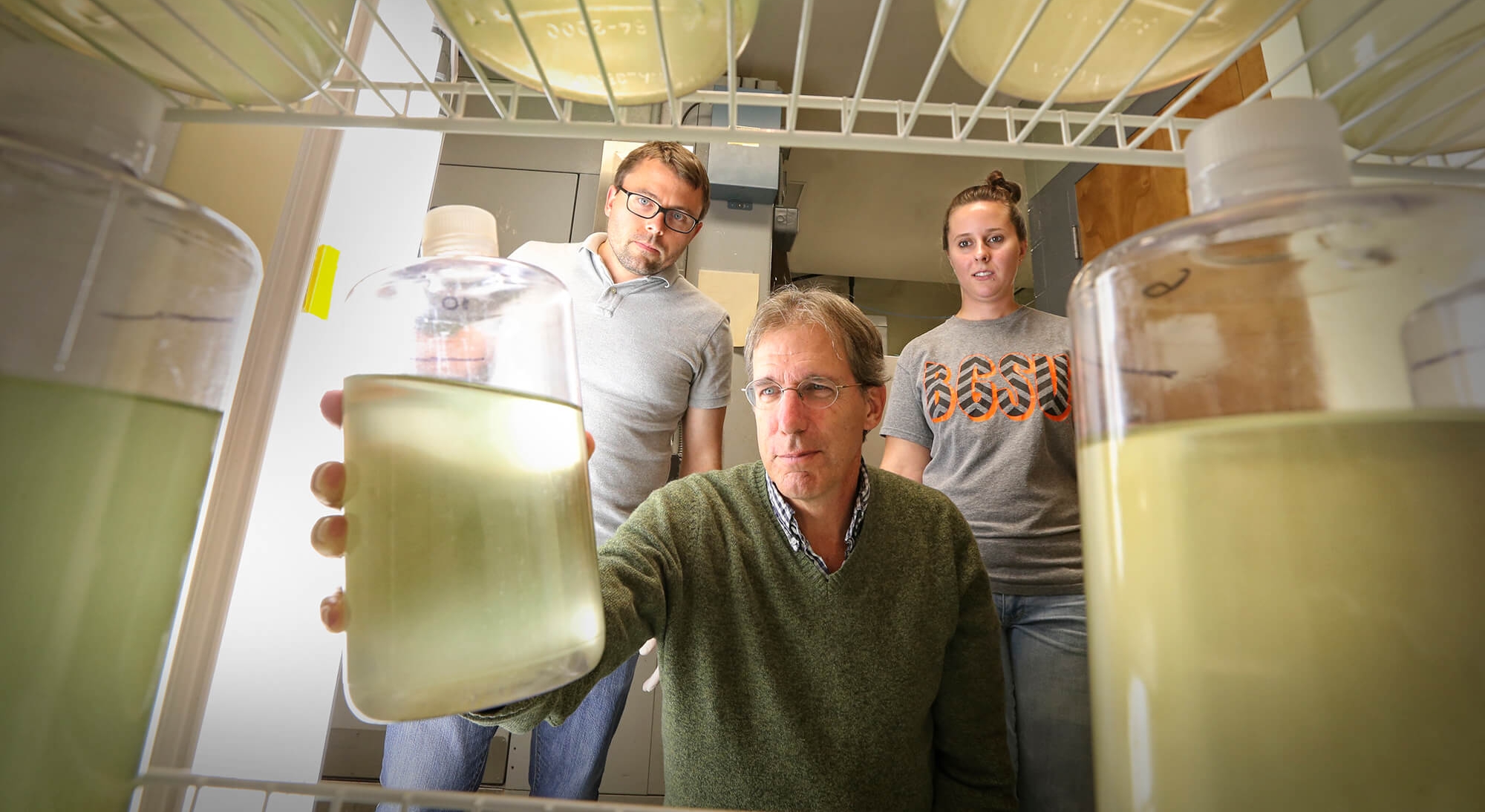 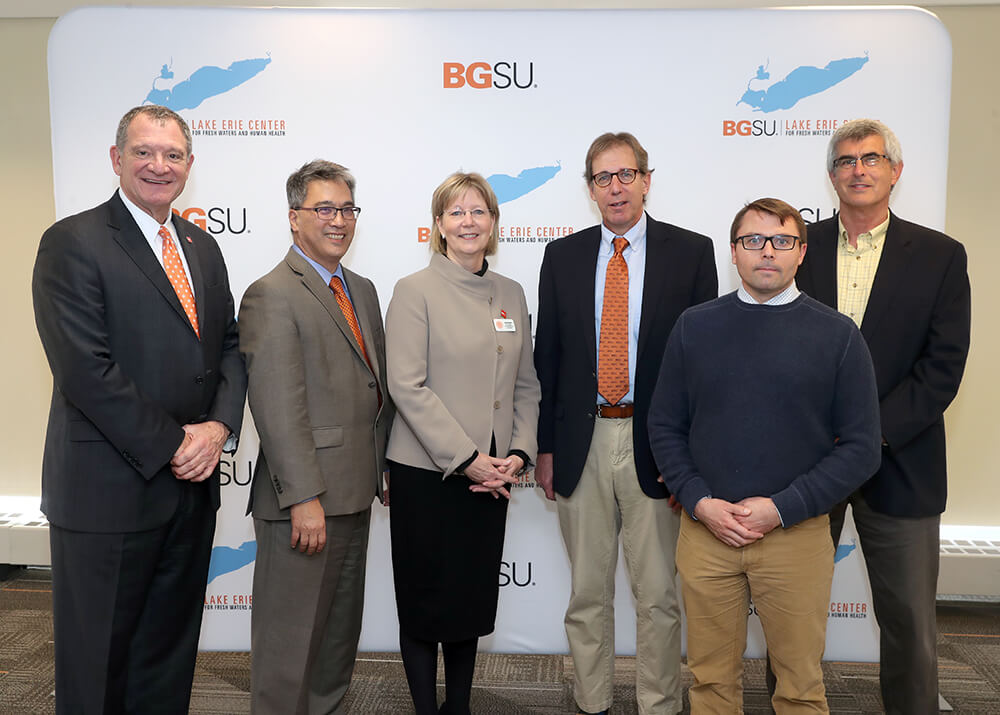 The BGSU Lake Erie Center for Fresh Waters and Human Health, founded with a $5.2 million federal grant, will energize and expand research on harmful algal blooms that pose a threat to the health of humans and wildlife. In 2014, toxins from an algal bloom contaminated Toledo’s water supply and highlighted the urgency to study this problem.

The Lake Erie Center, a collaborative effort among BGSU and nine other universities and research institutions, will help formalize and strengthen research partnerships on cyanobacterial harmful algal blooms (cHABs). It is the only project focused on fresh water. The other NIEHS/NSF projects focus on oceans and estuaries.

“As a public university we have an obligation to serve the public good,” said BGSU President Rodney Rogers. “We do that through research that works to address the real-world issues threatening Ohio, the country and the world. This grant from the NSF and NIEHS is a strong show of support for — and recognition of — the quality and importance of our research into harmful algal blooms.” 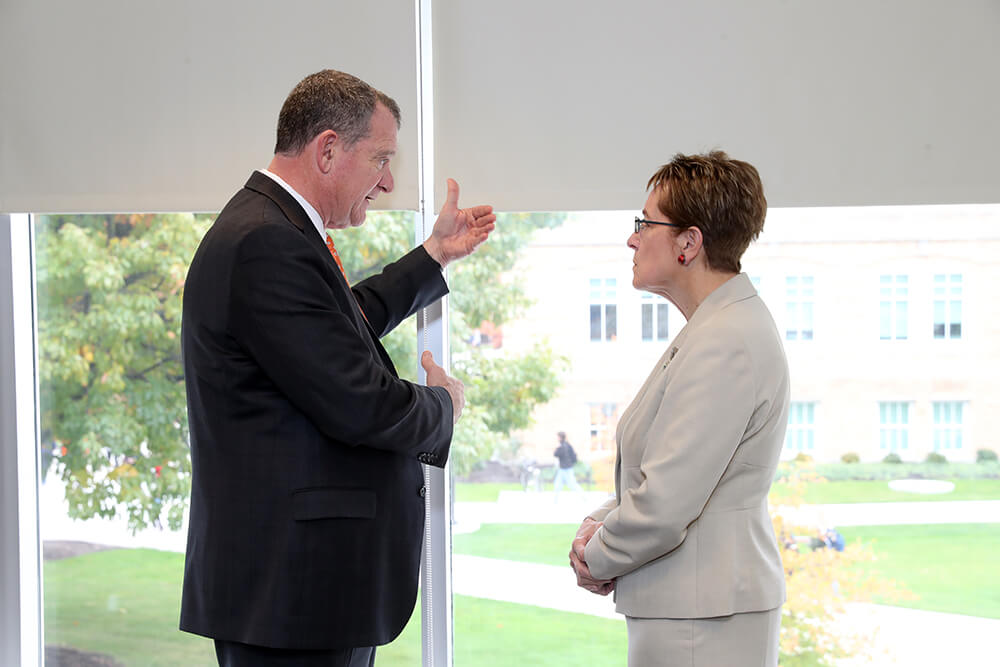 Dr. George Bullerjahn, BGSU professor of research excellence in biology, will head the new center as the director and principal investigator for the five-year grant.

“The grant provides BGSU the resources to be a national leader and builds upon our prior collaborations,” Bullerjahn said. “The center greatly expands our scientific capacity. As a result, we can address threats to water quality not only in Ohio, but in large lakes around the world. Center participants have collaborators in China and Africa, regions that are routinely plagued with similar harmful algal blooms.”

Cyanobacteria are a group of single-celled aquatic organisms that have been around for billions of years. They are photosynthetic, drawing energy from sunlight, and play an important role in the environment by converting atmospheric nitrogen into chemical forms that plants require to grow.

Under the right conditions, however, some cyanobacteria can reproduce massively, resulting in a bloom. Many factors can contribute to the severity of a bloom, but they typically result from excess nutrients in the water, specifically phosphorus and nitrogen, and warmer water temperatures, which some cyanobacteria favor. 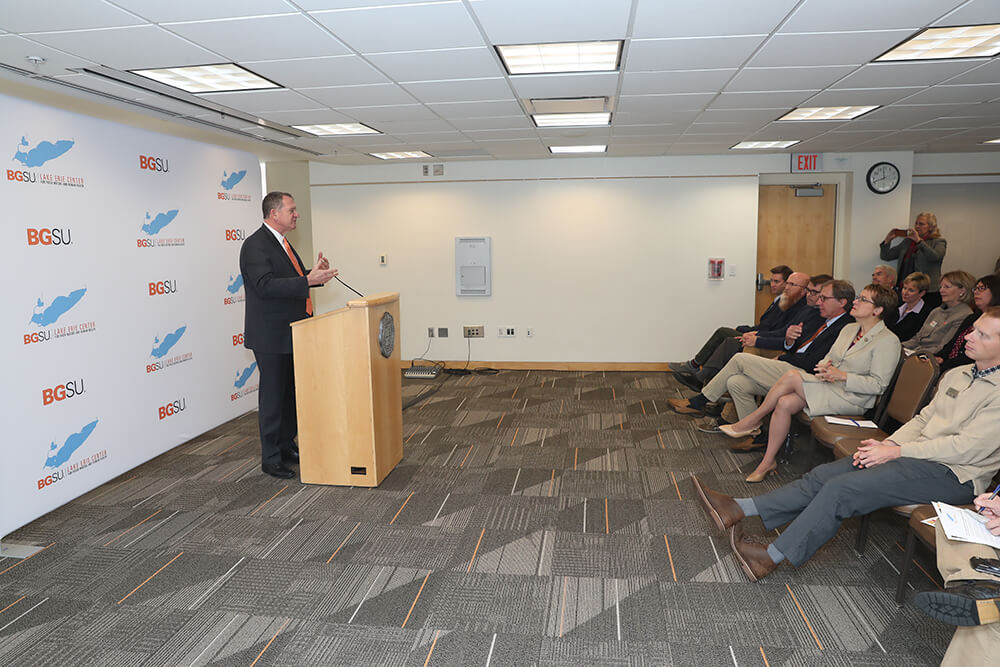 President Rogers addresses the media during the news conference.

When they occur, blooms can turn fresh water into “pea soup” and create thick mats of slime on the water and shoreline. Blooms can smother aquatic plant life and suffocate fish, leading to die-offs. Some species of cyanobacteria also produce toxins that can be harmful to fish, wildlife and even humans. In the United States, harmful algal blooms result in losses of recreational, drinking and agricultural water resources that are worth more than $2 billion annually.

Researchers at the center will focus on how environmental factors promote or constrain cHAB species, what factors influence toxin production, and how other microbes influence cHAB growth and toxicity.

“As a consequence of the award, we expect that we can better predict the onset and toxigenicity of harmful algal bloom events as well as inform lake managers on how to mitigate bloom events,” Bullerjahn said. “Through outreach activities, a better informed and engaged public can make better decisions regarding their use of water resources.”

This collaborative project will bring together some of the most prominent researchers in biology and environmental sciences. Senior personnel include nationally recognized scientists such as Drs. Timothy Davis and Robert M. McKay (both of BGSU), Thomas Bridgeman (University of Toledo), Steven Wilhelm (University of Tennessee), Greg Dick (University of Michigan), and Hans Paerl (University of North Carolina).

The Lake Erie Center for Fresh Waters and Human Health will have the staff, facilities and funding necessary to gather vital new data and develop important new research tools to better predict, detect and mitigate cHABs in Lake Erie and beyond.