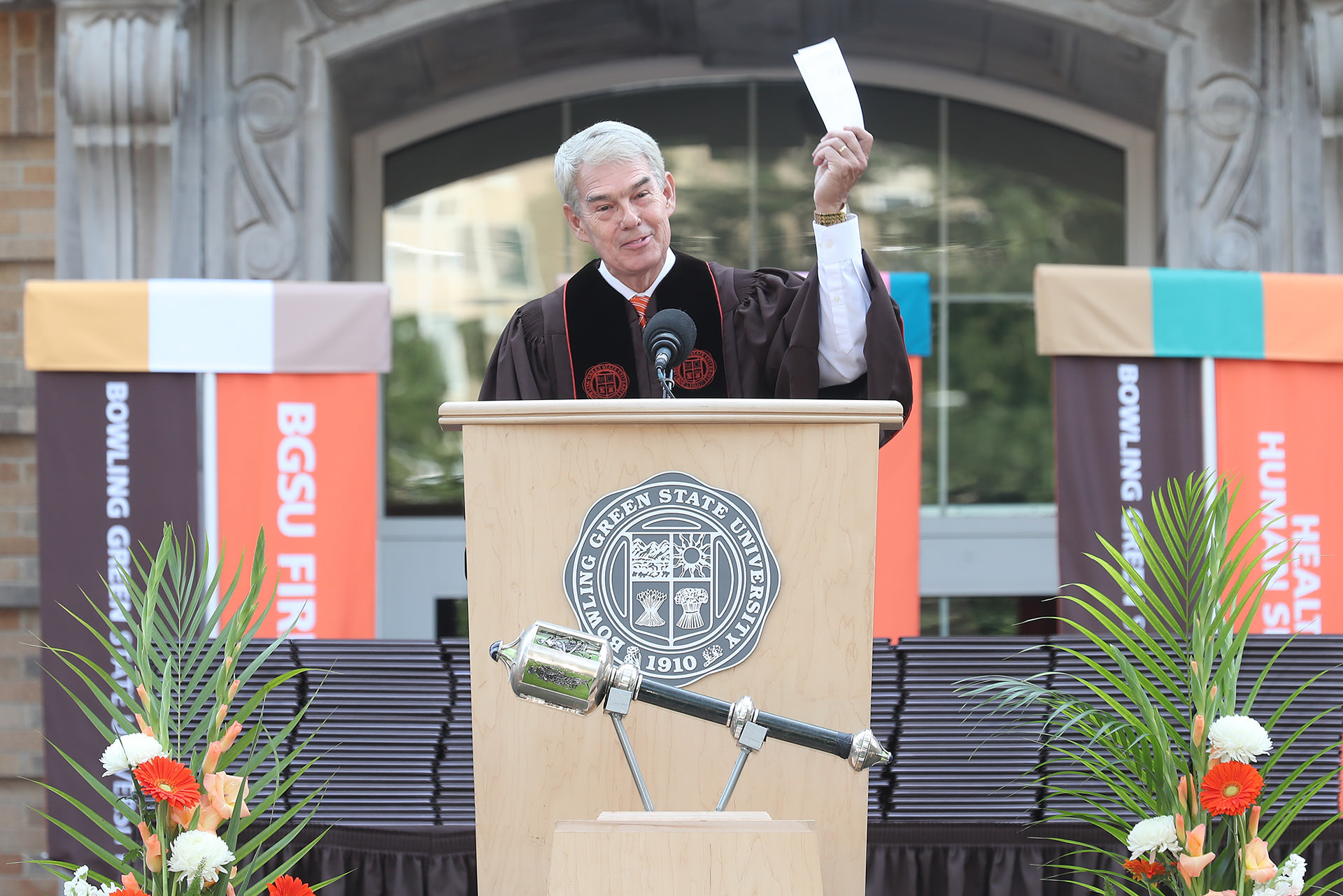 Gardner, who earned two degrees from BGSU, has served northwest Ohio for 33 years

The Ohio Senate Majority Leader told the graduate candidates to live a “life of value.”

During his time in the Ohio Senate and House of Representatives, Gardner has maintained a 100 percent voting record on bills, amendments and resolutions — more than 10,300 consecutive votes since 1985. He serves as chair of the Ohio Senate Finance Subcommittee on Higher Education, where he has advocated for enhanced state support for public education while encouraging efforts to make higher education more affordable in Ohio. Gardner received the Accomplished Graduate Award from BGSU’s College of Education and Allied Professions.

He received his Bachelor of Science in education and his Master of Arts in political science from the University. 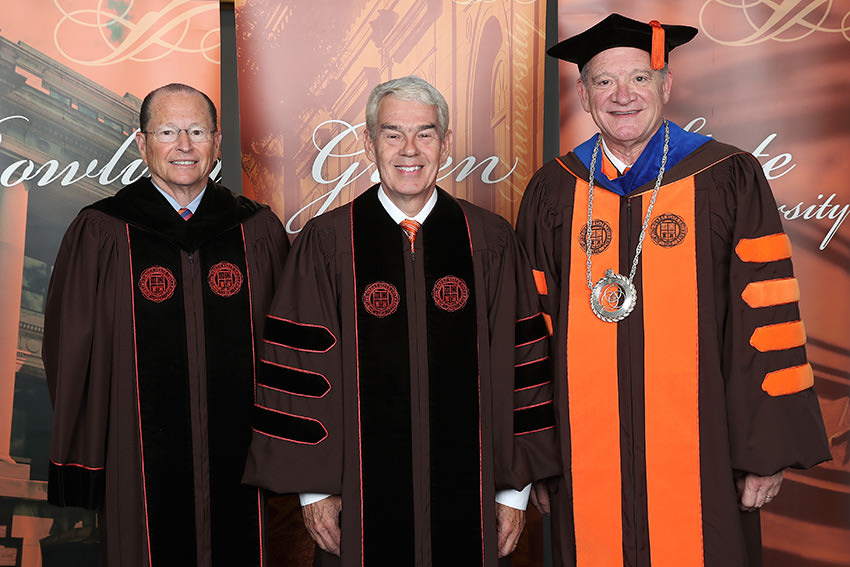 “It is a tremendous honor to be invited to be your keynote speaker, here on this fabulous setting in front of the traditions buildings on this stunning campus,” Gardner said. “The administration and board of trustees in recent years made a tremendous decision to restore and maintain the traditions buildings. We honor and protect our history and heritage, but inside there are modernized learning centers.”

Gardner’s numerous honors include the Andrew Carnegie Award from the Ohio Library Association, Legislator of the Year from the Ohio Disabilities Council and induction into the Omicron Delta Kappa Leadership Honor Society. A former high school history and government teacher, he was named a Martha Holden Jennings Teaching Scholar before becoming a state legislator.

“I believe it is the mission of public universities to be of value — to be relevant in the lives of students,” Gardner said, “but also to be relevant and of value to the communities where they have a physical presence, and also to society as a whole. BGSU has been trending in that direction in recent years, and in 2018 under President Rogers and the board of trustees the relevance — the value — has gone even higher.

Not only will your BGSU degree be of value to you — this university is becoming an even greater value to others.

Gardner and his wife, Sandy, reside in Bowling Green. They celebrated their 35th wedding anniversary this summer. Two of their three children are graduates of BGSU. Their older son, Brooks, received his bachelor’s degree in finance in 2013 from the College of Business and their daughter, Christina, earned her bachelor’s degree in dietetics in 2015 from the College of Health and Human Services and her master’s degree in food and nutrition in 2017. Their youngest son, Austin, completed his master’s degree in education this summer at the University of Findlay.