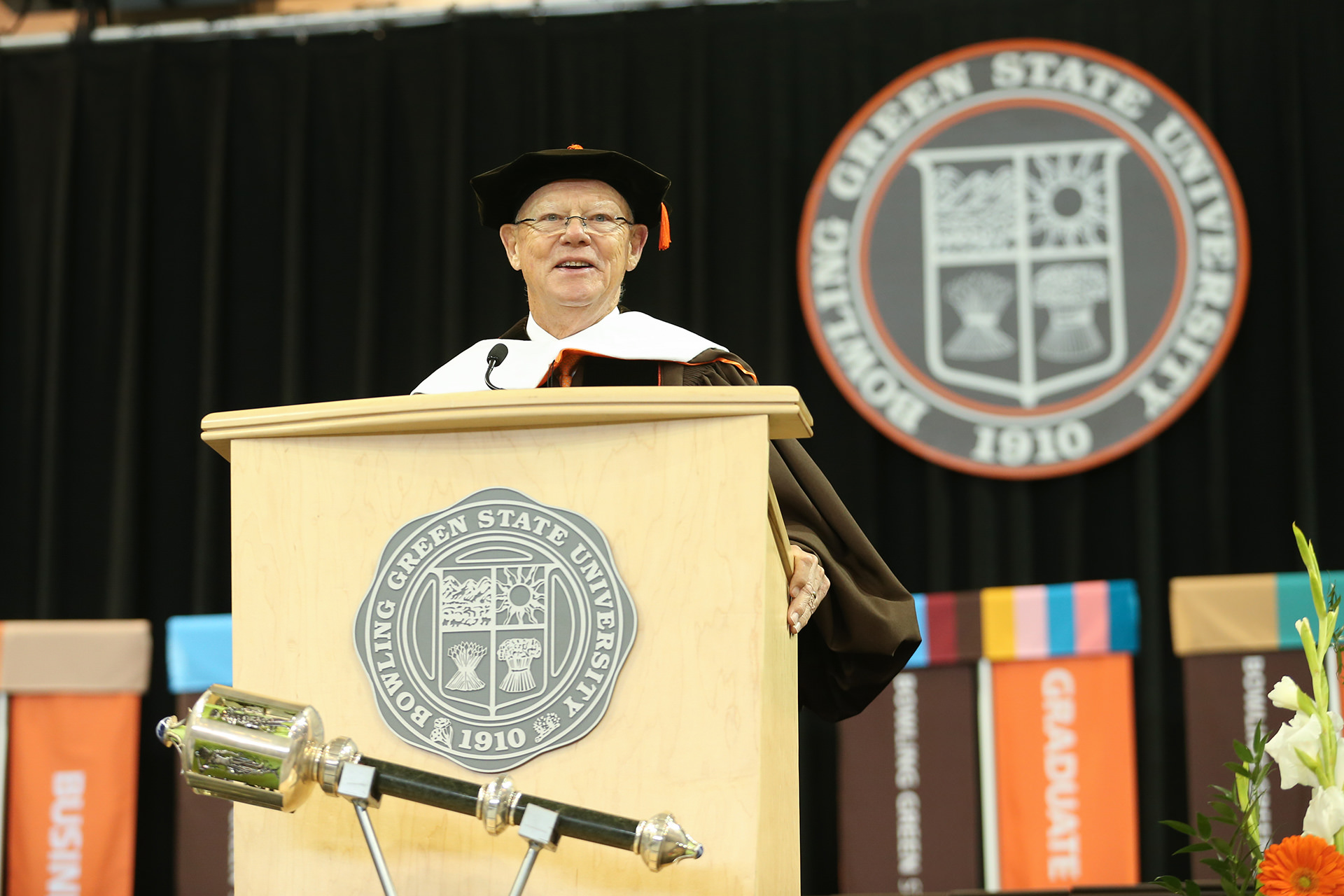 James Bailey ’67 honored with a doctor of humane letters

James Bailey ’67 was presented an honorary doctor of humane letters during Bowling Green State University’s morning commencement May 5 at the Stroh Center.

He joined Citicorp where he spent many years of his career, notably as executive vice president responsible for managing Citibank's North American Consumer Bank, and helping to grow its credit card business from one million cards to more than 20 million cards.

Bailey played a key role in marketing credit cards, introducing ATMs and developing other innovations that are part of today's “cashless” economy. He then joined U.S. Trust where he served as chief operating officer.

He has been very involved in the global economy and led a team that made recommendations to the Bank of China as part of China's planning to enter the World Trade Organization.

Bailey is deeply involved with the University. He has been a member of the Bowling Green State University Board of Trustees for the past six years, and he and his family have established the Bailey Endowed Professorship in Mathematics and endowed scholarships for students in the College of Arts and Sciences and in the College of Education and Human Development.

Bailey long has had in interest in service to education and has been a member of the board of directors of the Student Loan Corporation, the Visiting Nurse Service of New York and the BGSU Foundation Board. He has also been instrumental in facilitating support for intercity schools in Bridgeport, Connecticut.