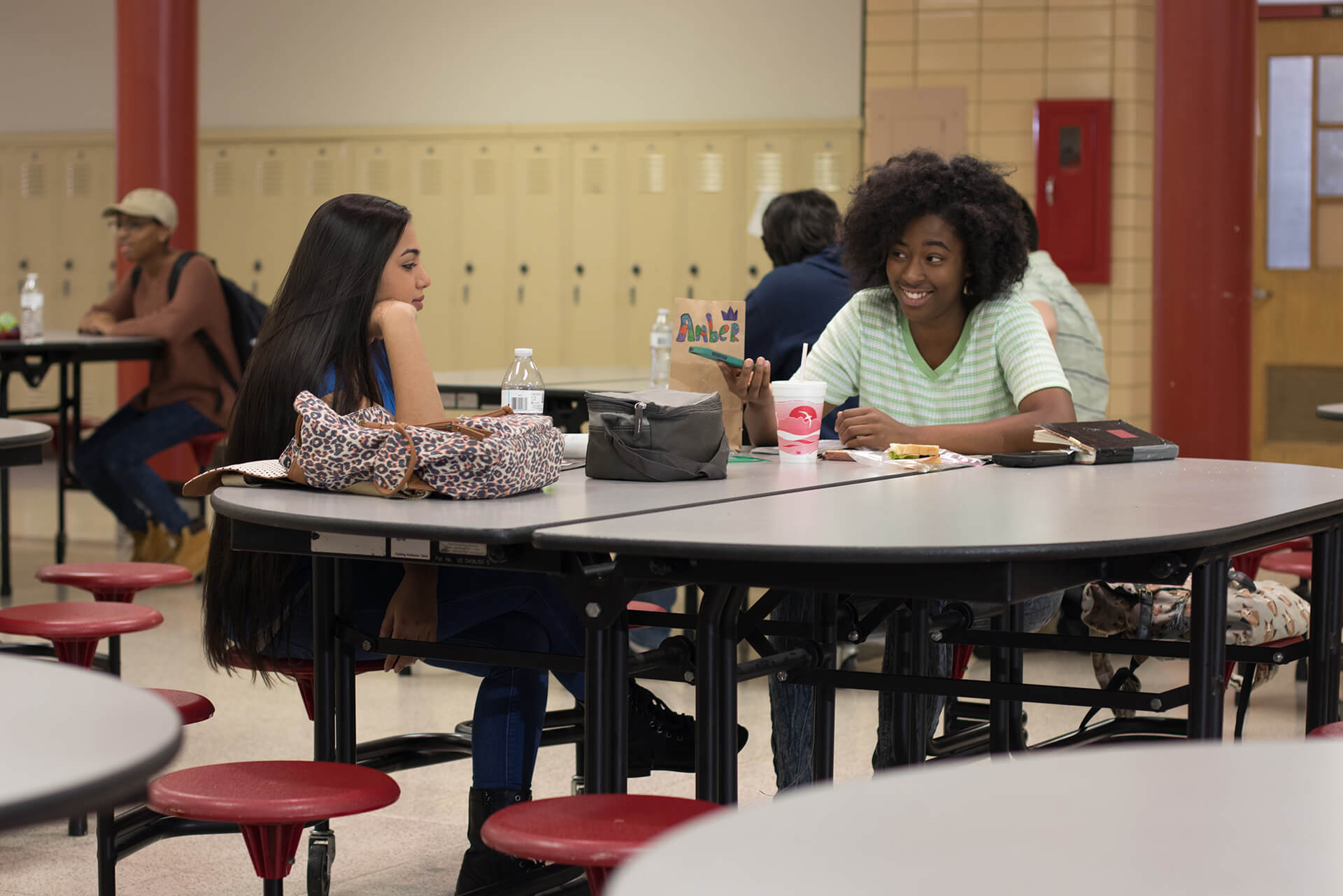 The studio-experience film, which premieres at 8 p.m. Friday, April 27, in the Wolfe Center for the Arts’ Thomas B. and Kathleen M. Donnell Theatre, is a coming-of-age story, according to its screenwriter Brianna Smith.

The film, which is loosely based on Smith’s life, tells the story of Amber, a young woman who lost her mother and is facing decisions about family, finances and college.

“She is excited about life and her future dreams and aspirations to go to art school on a scholarship,” Smith explained, “but she worries about the financial burden it will place on her father and younger sister, Kayla.”

While she encounters internal and external conflicts in her decision-making, she also receives support and encouragement from an art teacher, her father and her best friend in the process.

“This was my first time starring in a production,” Borden said. “Becoming Amber, putting myself into her shoes, was the hardest part, but I liked getting a sense of what it is like producing a film, getting to know the cast and the crew.

“Being a student of the entire production helped solidify that I want to pursue a career as a movie director."

For Carlie Merlo, a senior film production student who was a co-producer with Castillo and faculty member Lucas Ostrowski, producing a studio experience film was invaluable.

“I gained great experience writing the budget, communicating with the departments and overseeing production management's duties such as schedules, paperwork, location releases, waivers and getting extras — all the things required for producing a film,” she said.

“Family Ties” was a good film to work on, she said, because it was a story everyone could relate to at some level. The common theme of the plot made the film “feel personal for all of us,” Merlo said. “I felt like we could have input in the process, which made the final piece very near and dear to us.”

She also appreciated the strong female involvement in the film, from the script being written from a female perspective and her work as producer to many of the key technical and creative roles that were staffed by female film students.

“Working on this solidified for me that I have a future in the industry,” Merlo said.

The film premiere is free and open to the public. Guests with disabilities are requested to indicate if they need special services, assistance or appropriate modifications to fully participate in this event by contacting Accessibility Services, access@bgsu.edu, Theatre and Film, 419-372-8495, prior to the event.