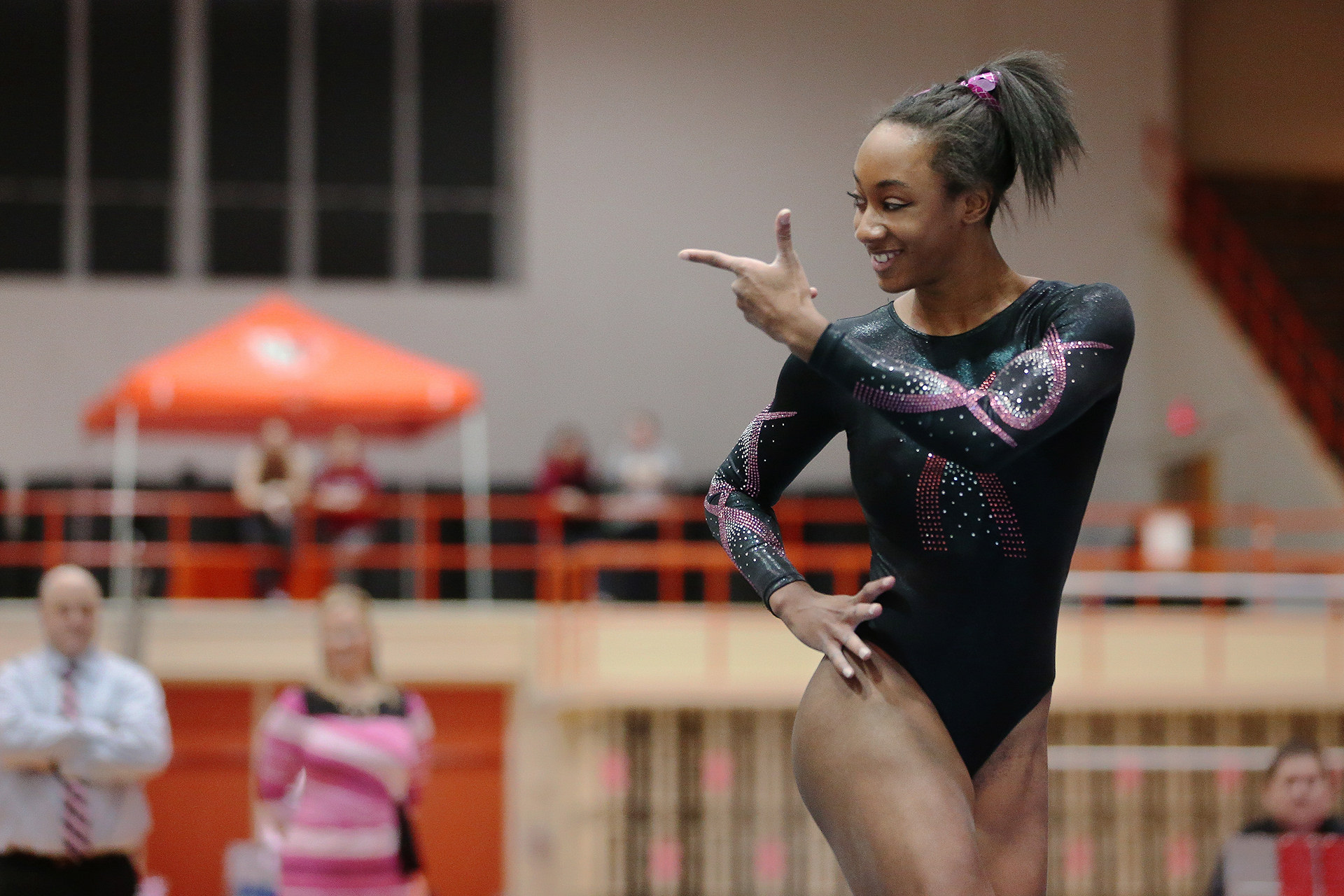 East earned a berth as an all-around competitor at the National Collegiate Women’s Gymnastics Championships on April 20-21 at Chaifetz Arena in St. Louis.

East is the first BGSU gymnast to compete in all four events at nationals and only the second to reach the season's final meet. Marny Oestreng reached the NCAA Championships in the floor exercise and ultimately won the national championship in that event during the 1999 season.

East began the meet with a high-scoring floor routine, which included her signature side pass, earning a 9.850 and a tie for 11th place. Then, East moved to the vault for the second rotation and tallied a 9.825 to place in a tie for 15th in the event. She posted a 9.725 on the uneven bars and concluded the meet on the balance beam, where she earned an eighth-place tie by scoring 9.850 and solidified her nationals’ credentials by completing the all-around with a total of 39.250.

East’s teammates - Lauren DeMeno, India McPeak, Laura Mitchell and Kayla Rose – also competed at the Columbus regional. DeMeno competed on the vault, while Rose traveled as the first alternate for the floor exercise. McPeak and Mitchell wrapped up their BGSU careers with performances on the balance beam.