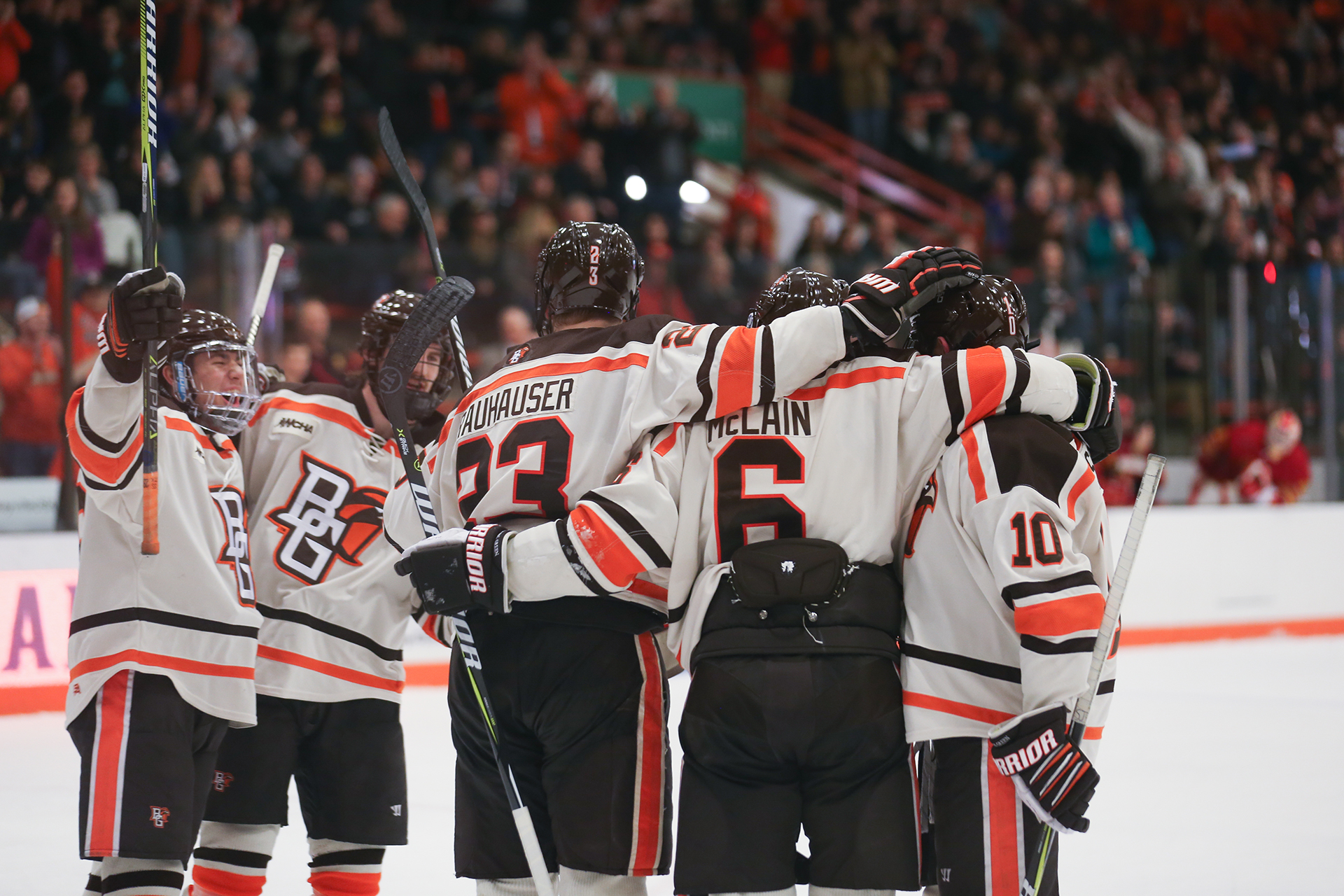 BGSU sweeps Ferris State in first round of WCHA playoffs

The third-seeded Falcons took a 3-0 lead and later tallied two insurance goals in the third period to earn a sweep over the Bulldogs. BGSU, which defeated Ferris State 2-1 in overtime on Friday, March 2, is now 16-4 in the first round over the last eight seasons, including four sweeps. With the victory, BGSU improves its record to 22-10-6 on the season.

The Falcons advanced to play at Northern Michigan in the WCHA semifinals Friday, March 9, Saturday, March 10, and Sunday, March 11 (if necessary).